(disclaimer: i feel like this might all read as pretentious and/or excessively self involved—the movie really isn’t! this is just a reflection on some of the work i did on the project personally. it was a collaborative effort, one which was the privilege of a lifetime to be able to contribute to, and i have nothing to add to what has already been said of the film as a whole by the director (and co-editor) or by its main subject elsewhere (check out questlove’s podcast for a great discussion with them). so i’m instead focusing in on some relatively esoteric aspects i dealt with as one of the editors.)

for much of the past two years i’ve been working on this feature doc which came out this month: 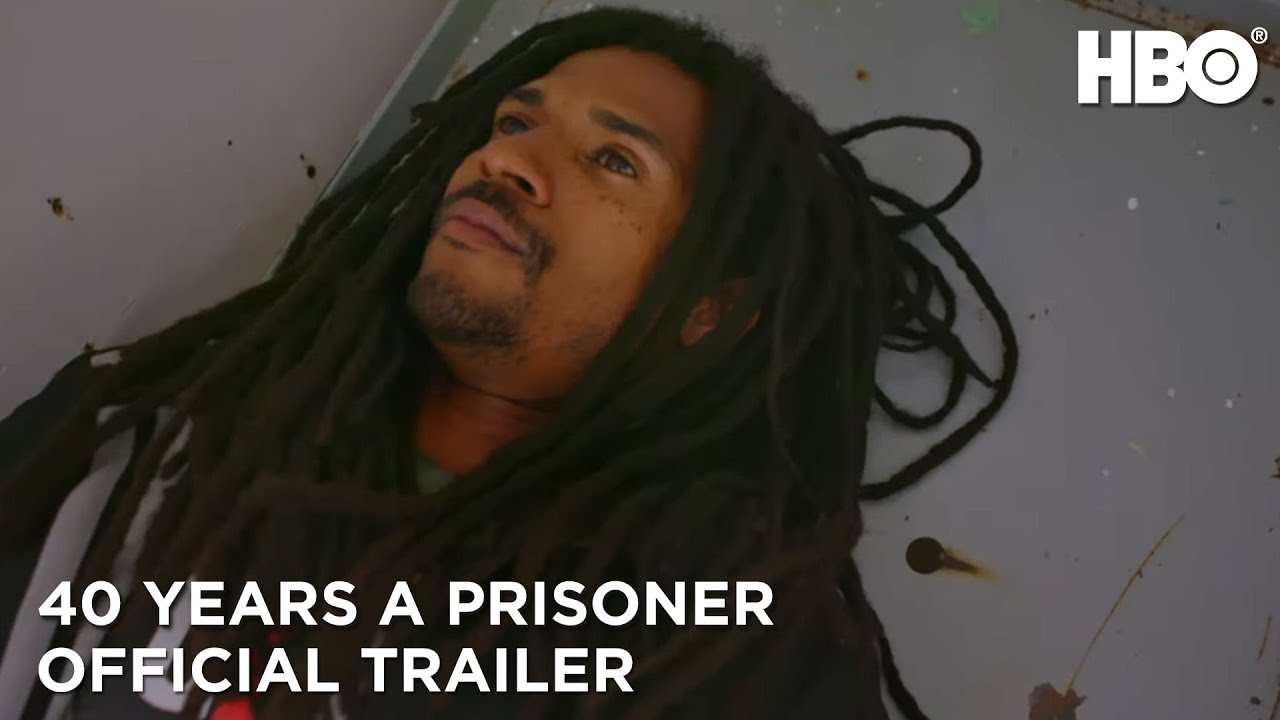 there’s been so much work to do that i haven’t really had the time to reflect, but i wanted to get some thoughts down somewhere before i forget them all. if you’re interested in the process of documentary editing, hopefully this is of some interest to you.

i watched around 400 hours of philadelphia local news from the late 70s. we got something like 24 hours of tape from a temple university film student’s contemporaneous class project documentary digitized for the first time, after decades in a shed. i read hundreds of pages of sworn testimony, every article about MOVE i could find in the philadelphia inquirer and daily news, all the declassified FBI files on them, and so on.

the things i learned about my country in that era challenged, and ultimately, fundamentally changed my political views. this certainly wasn’t what i set out to do. as i experienced it, it was a gradual shift. in the beginning, i had a series of narrative problems to solve, as all editors do.

the doc is two stories connected by a single event. the circumstances leading to an event in the past, and the circumstances resulting from said event: the incredible cruelty we bear witness to in the present demands a thorough reexamination of the past.

this poses some issues. the parties who participated in or witnessed the events in the film are not impartial observers. in this case in particular, they have almost totally divergent views on concepts like faith, justice, society––conflicting to the point where, functionally, they’re speaking different languages.

so to tell the story, it becomes necessary to ask questions: who is telling the truth? who isn’t? who isn’t, deliberately? who is acting, who is reacting, and what are they reacting to?

i think these kind of questions always run in the back of our minds as we receive and evaluate information. but as an editor, i have the responsibility to translate these subtle perceptions and judgements into one concrete “work”. an extremely difficult proposition.

let the fire burn (2013), a great documentary about the 1985 MOVE bombing, sidestepped this issue entirely by telling the story exclusively through contemporaneous news footage of the event. this creates an extremely immersive experience, but it has some limitations.

while the viewer is invited to draw their own conclusions about certain aspects of what they’re shown, being wholly dependent on archival video necessarily cedes the depiction of reality to parties who were in a position to record reality in the first place, interpreting it as they saw fit––a process commonly called “framing”––and disseminating and preserving this interpretation so that it could be made available for future use.

but there is no specific reason to believe that any of these qualities, in themselves, demonstrate a particular aptitude for capturing the best approximation of reality possible. by restricting itself to footage captured from these sources, let the fire burn risks conflating the interpretation with the reality as it actually occurred. through clever editing, it is possible to draw attention to framing, but in the absence of content from other parties, it is not possible to escape it.

within such a framework, even attempts to draw attention to the frame fundamentally reassert the media’s position in the american social hierarchy as neutral arbitrators of truth. as if to say “the news, right or wrong, is still the news.”

but is this actually the case? journalists interviewed for our doc were quick to point out that both the philadelphia government and members of the MOVE organization were extremely critical of their media coverage. the prevailing sentiment among journalists was "if both sides think you’re favoring the other, you’re doing your job right.” however, the media is also a side. as individuals or a collective, the media has its own needs, values, and desires––distinct from those of the state, MOVE, or any other parties. the “both sides” binary is a classic example of this: as long as there is a disagreement between two parties which is of public interest, there must be a neutral arbitrator to present the dispute to the public, justifying the existence of the media industry.

however, when there is a dispute between the state and its subjects, the choice to take a neutral stance is in itself political. the media created the perception of MOVE by the public (and, by extension, the state––police who do not possess firsthand knowledge of certain events nonetheless speak confidently about things they witnessed only through televised footage). but, the same monopoly on perception the media enjoyed over MOVE cannot be said to extend to that of the state. both sides blame the media for distorting their own beliefs and values. but both sides do not experience media fallout in the same way.

this was something i was somewhat conscious of when i started the rough cut, but it became impossible to ignore as i worked my way through the news footage.

i saw that there were other “difficult neighbors.”

i saw that there were other “criminals” (paraphrasing a spokesperson for the catholic church, one reporter told the public that, as a murdered mob boss had never been convicted of a felony, although he had a bad reputation, “it would not be fair to judge him on his reputation alone”).

i saw that there were even other “cults,” as MOVE became known by the media.

but none of them endured the sustained level of scrutiny and suspicion by the press as the MOVE organization. i honestly don’t know which party most contributed to the horrors that followed.

this began to weigh heavily on me pretty early on. is it even possible to credibly criticize the media as the media?

i turned to new (to me) sources to attempt to build the vocabulary to mentally articulate to myself what i had previously relied on intuition for. i slogged my way through some of foucault’s discipline and punish and through that world found my way to some french dude named baudrillard with some interesting ideas on the media’s representation of reality. i am not a particularly fast or good reader, nor do i have the kind of background to claim even the slightest understanding of the context behind these works. i just sort of let them wash over me to see if anything stuck.

i went a bit crazy then. that was when i arrived at the realization that, just as the police, MOVE members, politicians, and reporters could misremember, lie, or make claims which were impossible to verify, so too could––and did––the archival video itself, the primary source documents, and––i eventually realized––even my own thoughts. no matter how many times i watched the footage, every new viewing would reveal some detail or another which called into question everything that had come before. everything a sign.

i began to worry that, just as my memory could transpose or misplace key bits of narrative, similar defects could be present in my own train of thought. and it was possible that i could fail on this project without ever knowing or comprehending why or what occurred.

this started to creep up on me even outside my work. i would find my attention suddenly drawn to the process of perception. the awareness of my thoughts as they were occurring, giving rise to the unshakable feeling that they were not my own thoughts. i felt as though i could nearly find the point in my mental horizon where my thoughts were arriving.

eventually my wonderful partner pointed out to me that these rather intense feelings of depersonalization had arrived right around the time i felt like i was “getting the gist” of baudrillard. as soon as i became aware of it, this whole thing went away. it was also around the time i started making an effort to be more conscious of my work/life balance. not sure if i should attribute this to baudrillard or to becoming too engrossed in the project, probably a bit of both.

so that’s all stuff that happened to me in the time making this thing. my inner life today is vastly different from how it was before i started. the world has also changed. when i started this work, support for BLM was not quite above 50%. those organizers were thought of as divisive, their protests disruptive––criticisms reflected and amplified by media. when i’d tell friends and family about the doc, i’d start with the MOVE bombing in 85 (we don’t cover it much, but it’s the most well known aspect). even those who were old enough to have seen it on the news didn’t remember. most in my own age bracket had never heard of it before, including me. awareness of the event has grown considerably in the last two years, and a few weeks ago the philly city council formally apologized for the bombing.

and yet with all that, my day to day, actual lived experience is exactly the same as it has been. i wake up, stare at my phone, sit down at my work desk. try to get some work done. as soon as i do this my cat starts acting crazy, screaming, demanding attention. coffee break around two. mean to take a walk before it gets dark but never do it. nights, i watch a show with my partner or maybe work on music that i believe i want to finish but which never seems quite right. if i’m in a certain mood i might write one of these excessive posts.

thus the aforementioned surreal feeling. i’m definitely different. from what i can perceive, the world is also different in some small way. but my personal experience hasn’t changed at all. i honestly couldn’t tell you what i would have expected to change for me. maybe this is just the toll 9 months of the pandemic has taken on my brain. but it’s a really disorienting vibe.

anyway please check out the documentary (and epilogue!) on HBO if you get the chance!