I love 4ms, but I don’t see how this module is poised to do pulsar synthesis – does anyone have insight?

I don’t have the module (yet) and I’m no expert on pulsar synthesis, but from the manual:

There’s some discussion of it here beginning around 6:50: 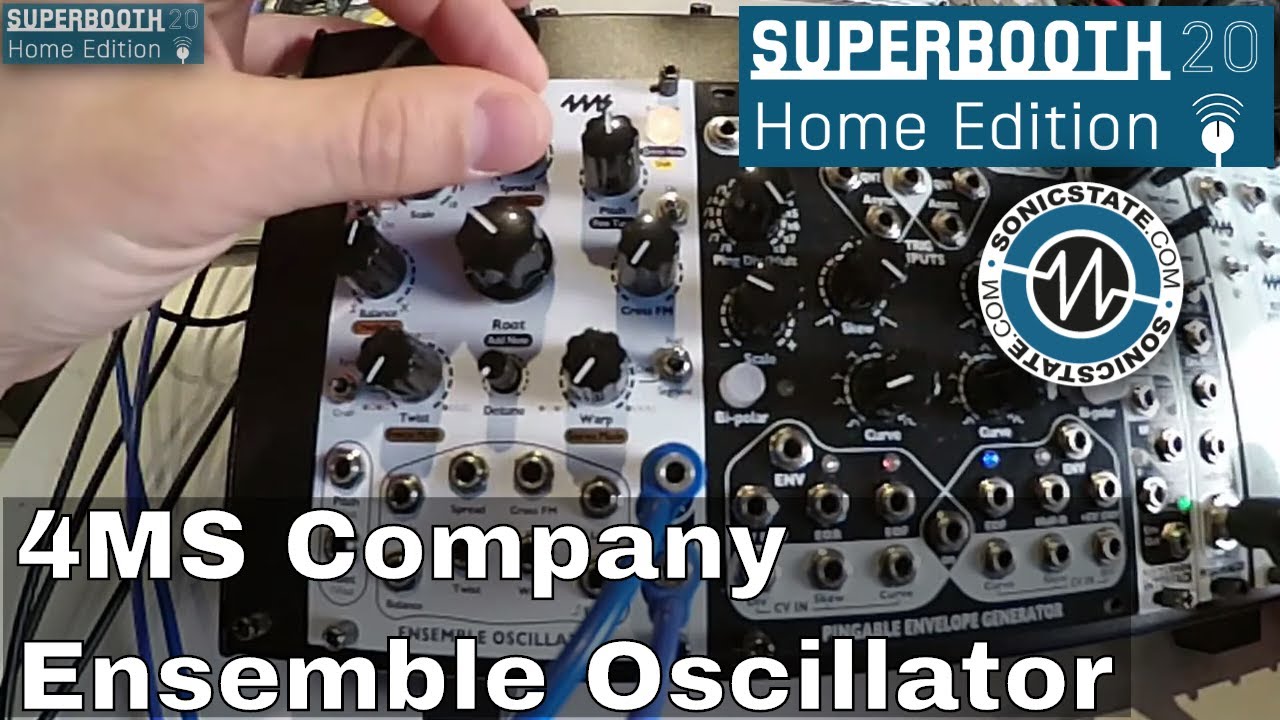 “not a full pulsar synthesizer, but it takes one aspect from it”

Ah, OK that makes more sense, thanks. Odd they didn’t just say you can alter the pulsewidth. Pulsar synthesis is something pretty different.

But is that all the algorithm does? I’m not sure.

Based on the demo video you posted, yeah, it’s just doing pulsewidth modulation on sine waves.

Has anyone picked up one of these and got reflections on it? I’m eyeing it from a distance, encouraged in part by @attowatt’s excellent generative compositions. For now, I think I’m going to try exploring a similar style with Odessa while knowing it will take me to different places.

I was considering it but felt that since I had chords V2 picking it up would be redundant. I haven’t heard many different sounds from
It that chords couldn’t already do, just a thought. Will have to check out the demo you saw bc it’s a pretty new module so not much has been posted with it yet.

I’ve had one for a few weeks now and its a keeper for me. It fits well with my taste for ambient, melodic drone and texture.
It isn’t the easiest module to work with in a deterministic way. You can’t just send a sequence to the 1v/oct input and expect it to behave like a monophonic oscillator and it takes time to set it up to work harmonically with conventional oscillators.
On its own, especially for drone, it feels like cheating sometimes. Ellen Radigue in a box kind of thing.
It is very versatile in terms of the sonic range you can get out of it but once you have more than 8 or 9 voices then inevitably the higher frequencies dominate. It’s not hard to get it to sound very harsh and brittle.
It comes alive under modulation but needs multiple attenuators. I would have preferred a bigger faceplate with built-in attenuators on all the CV inputs. If you’re getting one, make sure you have plenty of attenuators in reserve.

I’m still working my way through it but there are a few short sketches of my experiments so far on my instagram. This is one of them, click through to the page for the others. Ensemble oscillator just arrived. Think it will fit in fine. Just being driven...

There is also a longer piece here 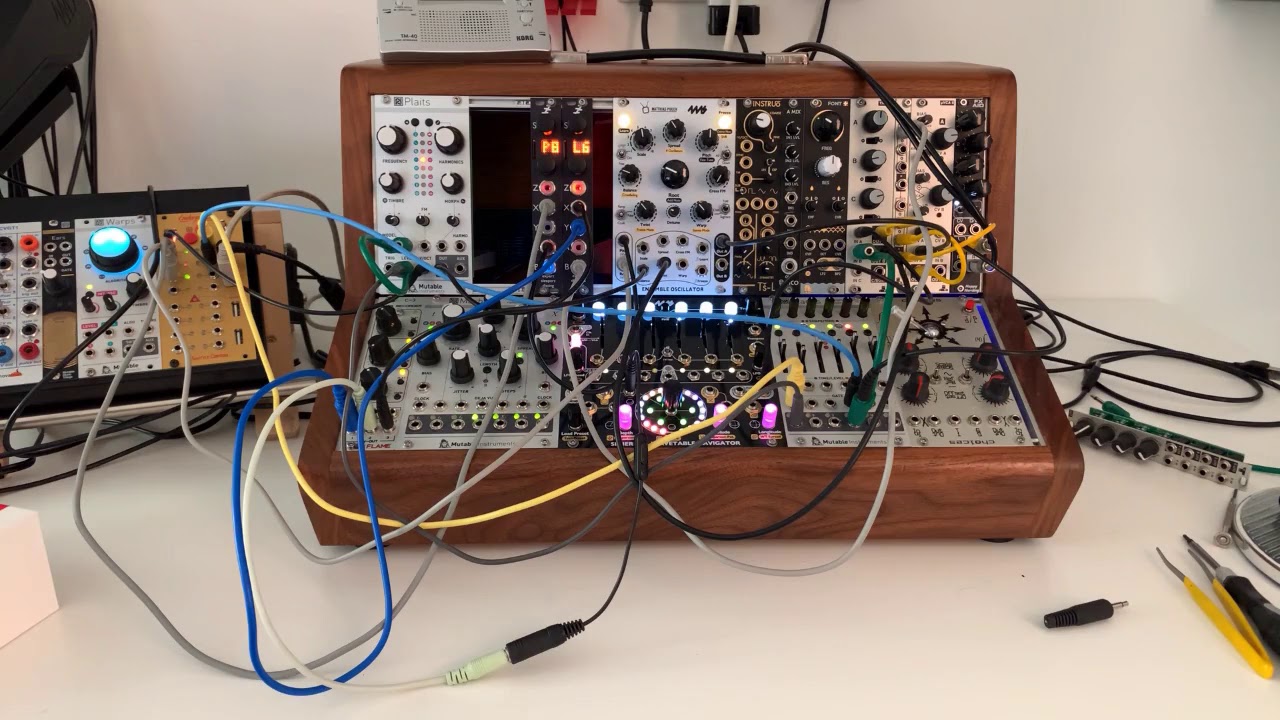 I’m super interested in this one. The concept seemed intriguing early on – it seems more like what I wanted but didn’t find when I tried SMR. But then by the time it was released I had decided I wasn’t going to change much in my modular for a while, and some of the demos where people just sweep Root while turning other knobs to various places really were a bit off-putting anyway.

But now I’m shaking up my modular after all – setting up a Pod 60 to free up some space and power in my main rack, and I have a Shapeshifter on order that seems likely to displace one or two of my current favorite oscillators. EnOsc seems like the strongest possibility to go in next.

Reading over the manual, I’m kind of surprised there isn’t a straight-up harmonic series (1:1, 2:1, 3:1, 4:1, 5:1 … 16:1) for more of a classic harmonic oscillator style… Would it not be considered valid for some reason that I’m not seeing? Or maybe 4ms just liked other things better

@UMCorps lovely examples.
What’s your preference between the Ensemble and SWN ?

Reading over the manual, I’m kind of surprised there isn’t a straight-up harmonic series (1:1, 2:1, 3:1, 4:1, 5:1 … 16:1) for more of a classic harmonic oscillator style… Would it not be considered valid for some reason that I’m not seeing? Or maybe 4ms just liked other things better

Isn’t the harmonic series divergent? The Ensemble is kind of built around repeating patterns of notes.

They made it simple to create your own “scales” so it would be very easy to generate a CV harmonic series and teach it to the ENOSC. You’d need to save it in the “free” or “oct” slot because the other slot automatically quantises learned CVs to 12tet.
Not sure if it would behave like a classic harmonic oscillator but that is because I’m still learning how this thing works and the interplay between scales, voice numbers, root and pitch isn’t completely clear to me. I have a lot of happy surprises with this module. Which isn’t to say it wouldn’t sound good if you tried it. It just might not be what you expect.

What’s your preference between the Ensemble and SWN ?

Which is your favourite child?

The SWN is easier to work with because at heart its just a bunch of conventional oscillators. And because you can make your own wavetables it has a much broader sonic palette. Should also add that the way 4ms implemented that so you can do it all from the panel is an outstanding piece of interface design. I am genuinely in awe of whoever worked that up.

I’m finding the ENOSC more challenging to understand what’s going on. And its sonic range isn’t as broad. But while I thought the SWN was pretty much my ideal module for evolving melodic drone, I’m finding the ENOSC is more varied and interesting in that department. The ability to shift around the voice numbers, moving from a single tone to big chordal slab and all points in-between.

It probably says more about my limitations than the modules but of the two I find ENOSC more dynamic. Together though, they make a lovely pair.

Isn’t the harmonic series divergent? The Ensemble is kind of built around repeating patterns of notes.

So, I guess they didn’t have that as a default because it’s kind of a hack, and doesn’t work that well if you want to start with a low root frequency and really climb the tree.

If you’re starting with a root around 200-400Hz, 16 harmonics is probably plenty to work with.

Might be an interesting idea to discuss with Matthias Puech. I’m not sure whether he’s on this forum or not, but he doesn’t seem that hard to reach.

I got ENOSC 2 weeks ago and I really enjoy it.
It has a wide range of sounds, even small knob turns have a huge effect on the outcome. As others mentioned already, that also makes it a bit hard to control – especially if you want to stay in a certain harmony. So the module invites and rewards exploration and experimentation.

@kingcons thanks for the mention. happy to hear that you enjoyed my patches.

My ENOSC arrived today. My first impressions are:

Decided to see what would happen using the Ensemble more traditionally and, woah, it was fun! Just going into Streams and a stereo delay here. Madness. A little bit I recorded this morning. ENOSC and Natural Gate, with Marbles sequencing (into Pitch and Root) and a Stages LFO into Warp. Some Valhalla Delay.

I’ve got Balance fully CCW and Cross FM in Down mode, with octaves selected for the scale. So it’s just FM synthesis with some Chebyshev wavefolding

That sounds so fun.
Do you like this more than Odessa?