Triggered through the discussion about short songs and some hardcore / screamo music being posted there, I thought it might be a good idea to start a thread about hardcore and (scr)e(a)mo. Since i spent spent a good amount of my late teens and early 20s in the German punk and hardcore scene in the late 90s, I’d start with that, but wouldn’t necessarily limit it to that period.

I’m still big time into really early emo such as mohinder (this liveset is so intense): 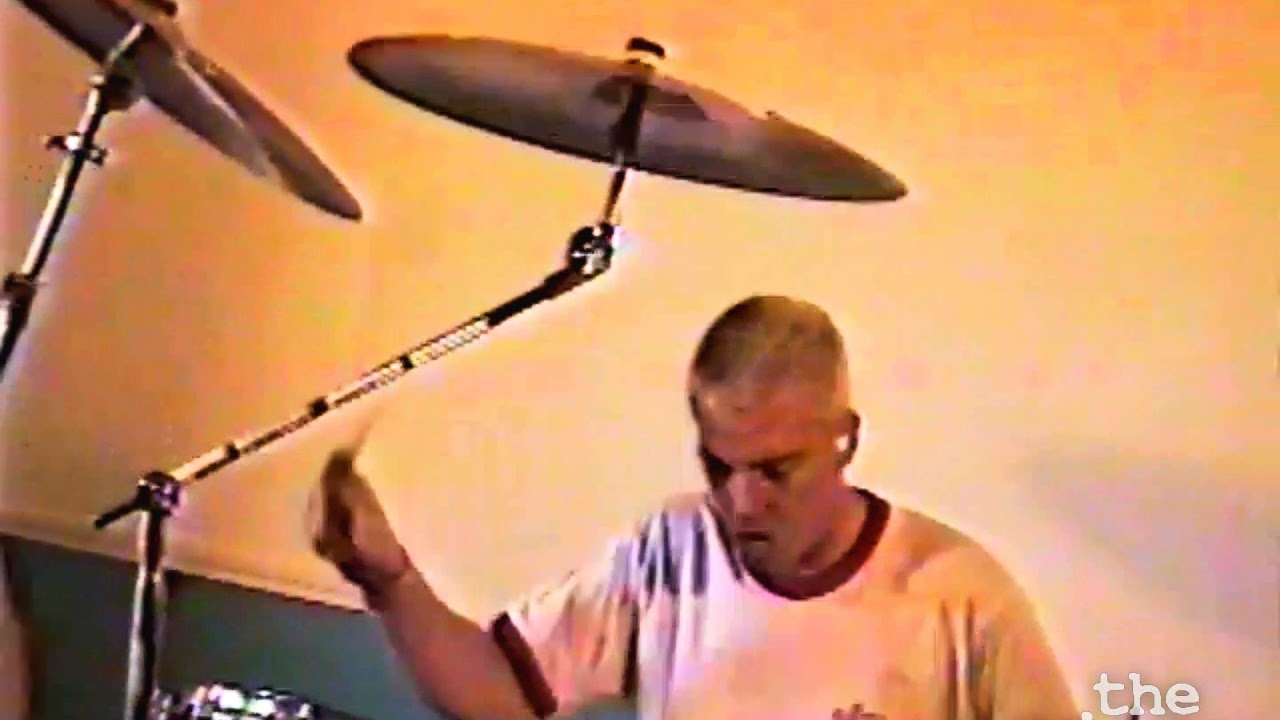 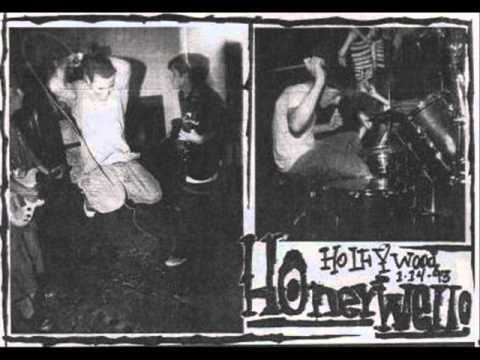 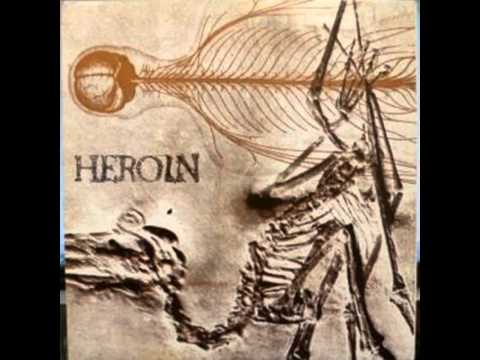 any fans for that kind of stuff here?

I was more into this kind of hardcore at the time: 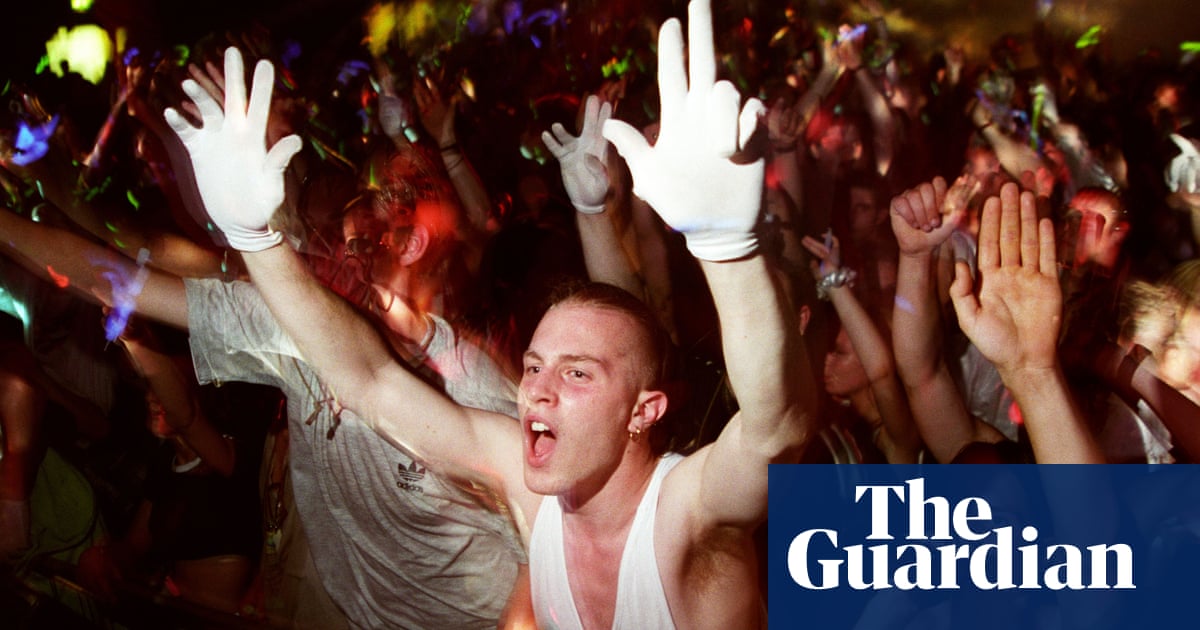 With illegal parties cropping up across the UK while clubs are closed, we pick out the best of early 90s breakbeat hardcore

But I also dig a lot of early Anarcho Punk stuff too, does that count?

Was definitely into this stuff back in the day, also reversal of man, anasarca, constantine sankathi, swing kids, palatka. Haven’t listened to this in a very long time but with the world what it is I’ve been getting more into crusty hardcore than I ever used to be so maybe I should revisit!

This is as macho as I can get on the hardcore spectrum but the singer’s out of control wildness is something else. The 7" is better than you might expect too. 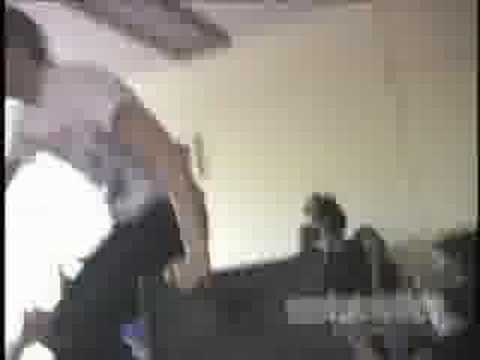 oh good, you mean Emo in the same way as I do, 90% of people younger than me seem to use it to mean indie pop punk.

wow. that is bonkers. And compared to nowadays mucho stuff, i think this is pretty harmless.

And don’t get me started in Constatine Sankathi. That band saved me.

Yeah. All this college rock / indie nonsense - i still don’t get it, why people got into that. Love evergreen though, but they’ll get a pass since they were on gravity: 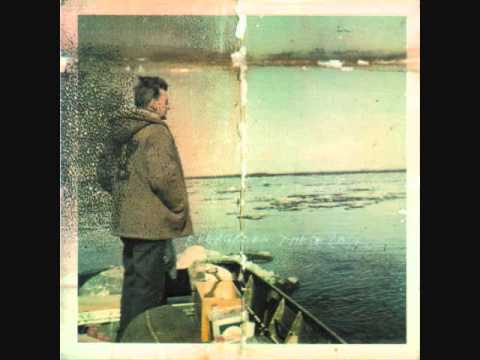 I was going to a decent number of hardcore shows in upstate ny around that time and the shows were packed with meatheads… was really surprised to learn that that stuff is still quite popular!

I guess it was sort of a constantine sankathi discography retrospective cd I had - I remember being blown away by how much care was obviously put into it. Meant a lot to me then.

This was my fav from that time and genre 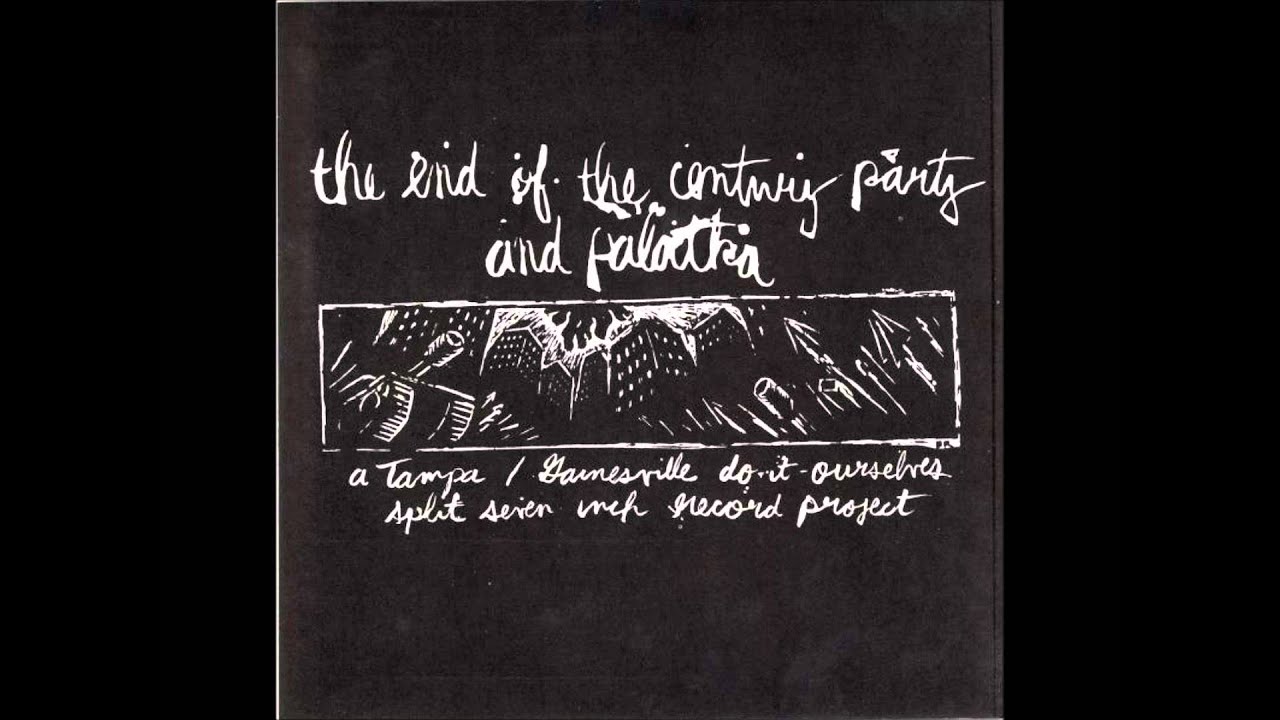 Palatka played one of the shortest sets I’ve ever seen a far-out-of-state band play in NYC.

Cock ESP played for approximately 5 seconds once so that takes the cake, but Palatka was like 6 minutes?!?

I was deeply involved in my local hardcore/punk scene throughout the 90’s, started playing in bands around 1993 and helping organize shows.

Here are a few favourites that I still love today: 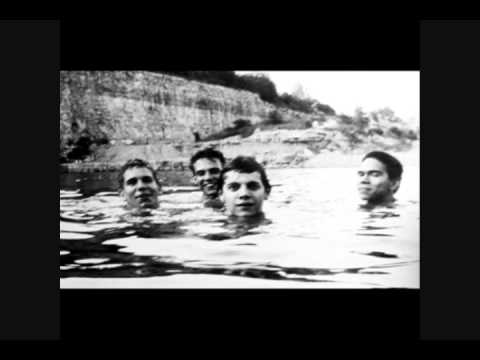 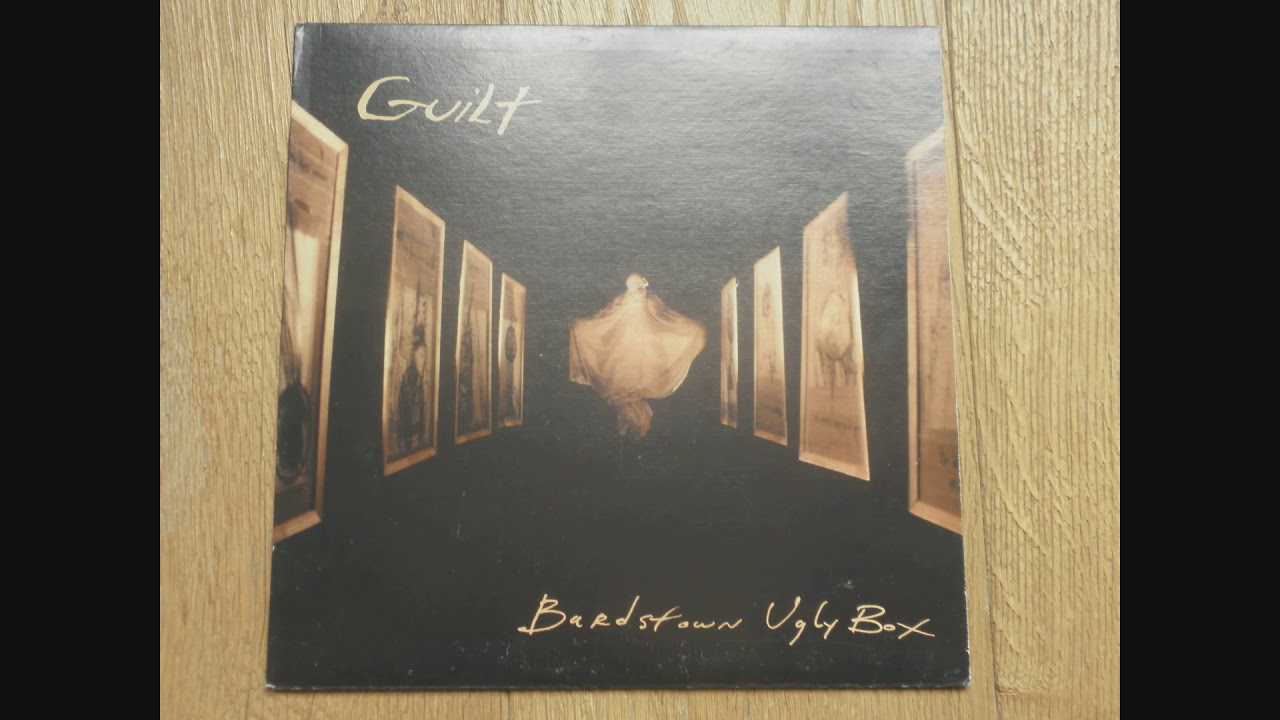 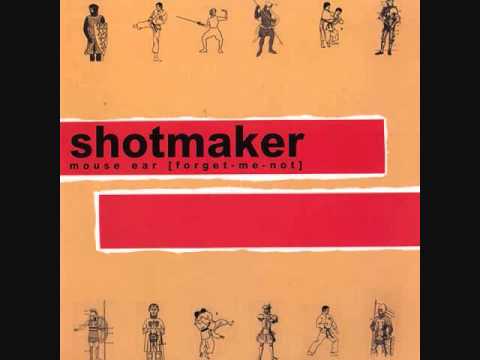 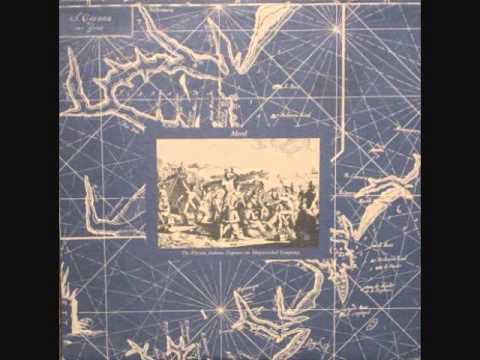 And my favourite local band from my old scene: 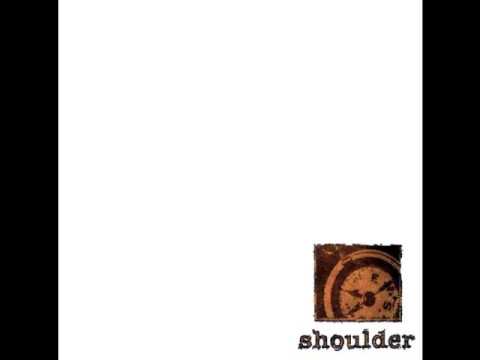 Shoulder mostly went on to become The Constantines, who had far more commercial success (*for a Canadian indie band).

I could go on forever on this

I was super into Level Plane records - Hot Cross, Sinaloa, Life At These Speeds, Envy, racebannon, Gospel…
Also Pg 99, City of Caterpillar, Saetia, Circle Takes the Square… but it’s been at least 15 years since I dug into this stuff. My college friend went home for christmas a couple of years ago and decided to sell all his records, and I snatched up all his hXc.
Really excited to dig through this and listen to everyone else’s bands! When I’m not on my phone maybe I can put some choice morsels in here.

I love that 7". Florida must have been a nice place to be around 90s hardcore (except for that morning again / culture stuff) with bands such as in/humanity, palakta, asshole parade, end of the line

Merel is so amazing. And Slint … this is definitively something way beyond hardcore and everything. so amazing.

please do. Level Plane was cool, but at some point it got a little too generic for me. Witching Hour on the other hand…

@yghartsyrt - I would’ve totally forgotten about this record if you didn’t mention Witching Hour. Amazingly, the puritan song still holds up as genuinely weird and intense 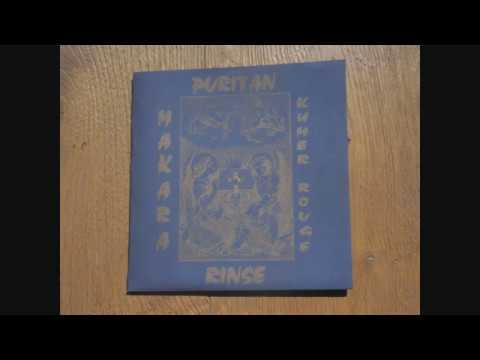 I think Guilt is remixing and repressing some records.

I wonder if they’ll update the snare sound

That specific sound was so of-the-time … I still love it, but mostly for nostalgic reasons … it is objectively not a good snare sound lol.

Agreed about Evergreen … I still listen to the Louisville Evergreen but not so much the other one.

They were so good… that whole Ottawa region scene around the Spectra Sonic label was excellent … Shotmaker, Okara, Blake …

never heard Shoulder, but I was a big Constantines fan. played a few shows with them and put them up. great people and they really were an amazing live band.

Yeah! I went to highschool with those guys and played lots of shows with them back then. IMO Shoulder is still good stuff

Very different then Cons, but you can hear the lineage, and obviously the same singer.

still have my old 7"s somewhere. I was very into a lot of this stuff and while I didn’t go to a lot of the shows DC/MD/VA had a lot of stuff going on with Pg 99, Majority Rule, Flowers In The Attic, yadda yadda, also more on the hardcore/grind side stuff like Crispus Attucks, De Nada… I also really liked stuff like Yaphet Kotto, Ten Grand, Orchid, Neil Perry, so on… I’m not sure for me how well a lot of that has aged though… its so heavy handed to the point of silliness to me now, but maybe it makes for a nice nostalgia trip and maybe I need to admire it more just from the perspective of youthful enthusiasm and conviction.

Its funny thinking about how theres some stuff I don’t ever want/need to hear again despite it having felt so important to me at the time, but I feel like the more grind/powerviolence stuff I still really enjoy though (which I’m sure plenty of folks also find heavy handed and silly for how stupid and/or meatheaded it can be) and I’ve actually been on a bit of a kick lately. So much of that scene was also my gateway into harsh noise through compilations. I go back more to stuff like MITB, Pig Destroyer, Pesimisser and Sound Pollution kind of stuff.

I recently picked this up off bandcamp and have been really digging it, its that classic DC sound so its like getting to listen to an old favorite even though its totally new to me- https://raindc.bandcamp.com/album/la-vache-qui-rit

That is a great compilation. Love the makara song. The Shahrazad / Makara split on Witching Hour was amazing. I totally forgot about Puritan. soo good. 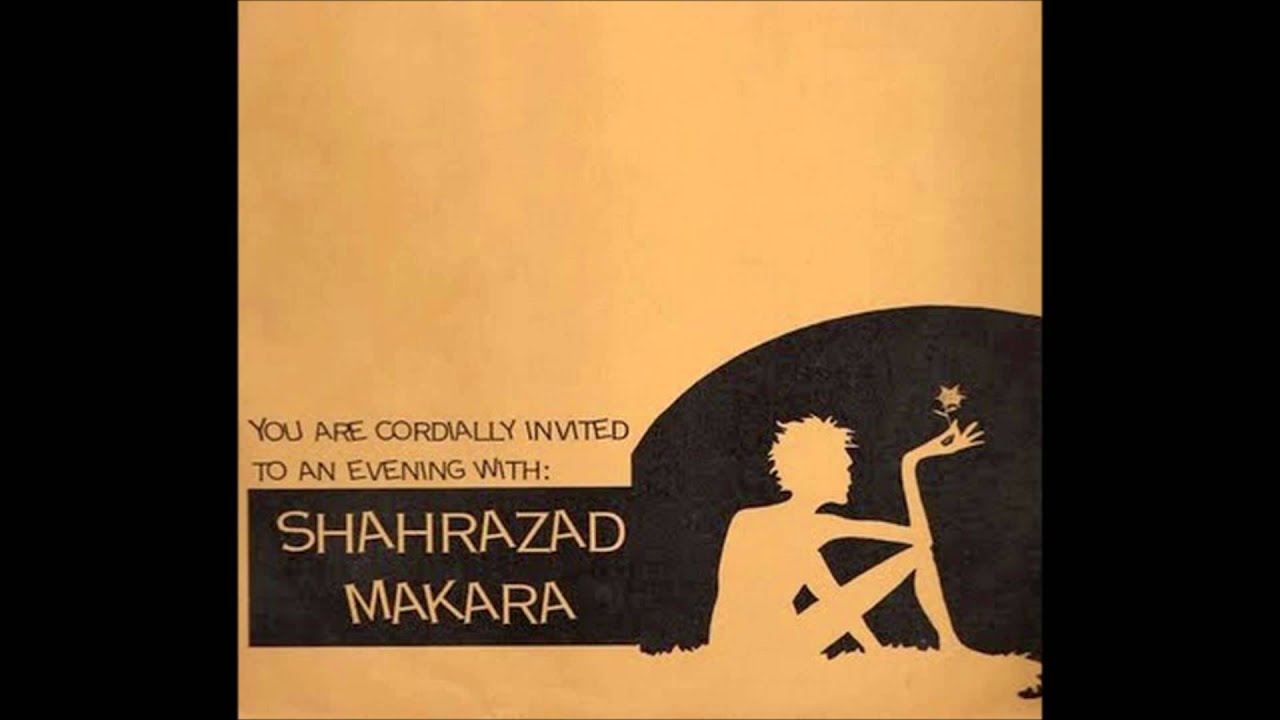