After spending ages searching for the perfect portable mixer (never happened), I realized that for live sets, I mainly need a way to sum up a few stereo sources and a decent EQ to adjust everything to the room/PA.

So I got a simple summing mixer and was planning on running it through a portable EQ. But I can’t find a single one that fits the profile. Small, analog, if possible with sweepable mids, desktop/pedal format. So before I spend way too much money on some sort of eurorack solution in a small case, I wanted to check of anyone knows of such an EQ.

Any tip would be much appreciated.

i haven’t a suggestion yet, just would like to ask about the summing mixer you chose? helps with defining some more context…

Maybe this fits what’s needed? Though I’m not sure it’s analog 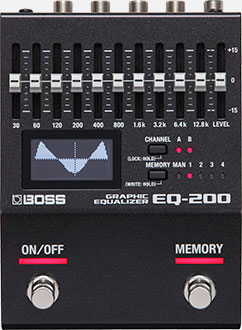 “Sweepable mids” would seem to indicate @boboter is after a parametric EQ rather than a graphic EQ.

Yes, parametric would be preferred, but not a must. The Boss sadly is digital.

Without doing a super deep dive, I couldn’t find a good solution, as most pedals are definitely still geared towards guitarists… your best bet might be 2 Empress pedals, or a small 500 series case with 2 DBX or other para EQs in it…
It would seem that the world needs a manufacturer of stereo utility pedals for synth performers because guitarists aren’t the only ones using pedals any more.

I bought this one. I did not compare it to other devices. Just found it second-hand for a good price. 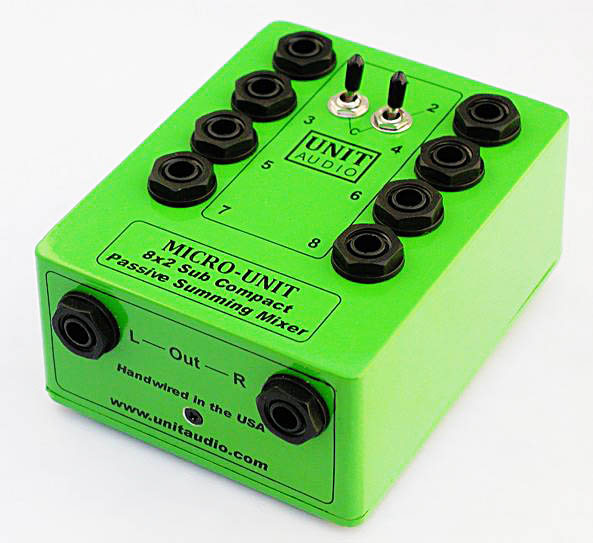 These old Realistic Stereo EQ’s can be found cheap, Realistic 32-1106. It runs off a battery or Boss pedal style adapter. RCA jacks but you can get appropriate cables for 1/4 or 1/8 of course. FYI the 3 band faders are indented so they click at 0 dB, whether that is good or bad depends on preference. 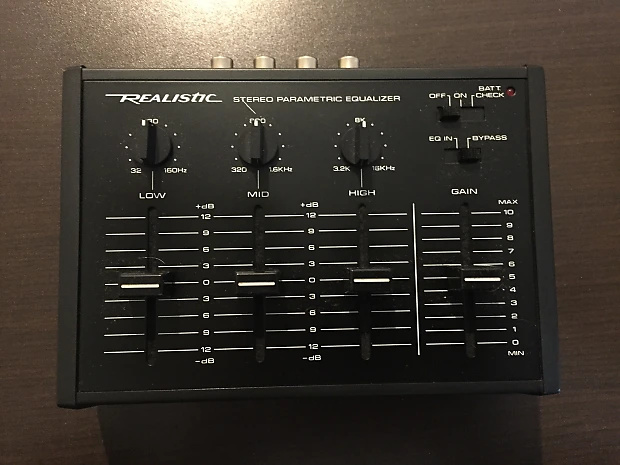 Thank you, never heard of this one. Will check it out.

Realistic was a brand of relatively cheap gear produced by RadioShack a couple decades ago. They’re not the highest quality devices but made some pretty cool stuff (like the Concertmate MG-1, made in conjunction with Moog).

Thank you! That explains why I could not find one in Europe. Maybe it’ll appear at some point.

We had Realistic here in the UK, sold at Tandy (the local trading name of RadioShack).
That obviously doesn’t guarantee those EQs were ever sold in Europe — and the model/sku was probably different — but it’s certainly possible.

check out schiit audio. https://www.schiit.com/products/loki it might be a good fit. I don’t currently own one but plan on buying one soon.

@xidnpnlss
I have a Heat but it is not that precise for EQing.

Its properly baller but yeah Zaehl eq1 mounted in that custom 500 case they make for it. You can even set your in and out gain.

I’m pretty much always looking for an old Vermona E2010, but I don’t think it lives up to being very small or portable.

I know you’re no stranger to doubling up on guitar pedals, so maybe something like the empress eq?

Woah! That is way out of reach. But super nice for sure.

The though of two Empress EQs did cross my mind. Not the most elegant solution. But decent, I guess.

Woah! That is way out of reach. But super nice for sure.