A trip down retro DAW road?

Hi all, had been thinking of loading some old DAW software onto my old imac(classic) to make a track with just for the heck of it… I wasn’t into music production back when I had it as a kid, curious if anyone has any recommended software, preferably some abandon ware that can be found on here http://macintoshgarden.org/ OS9 era is what I am thinking.

anyone else ever try a project like this? I always kinda like programming sounds on old rack mount synths even though it is a chore so I though hey maybe this would lead me to some interesting sounds.

Probably like many people in my age range (37) my first exposure to electronic music making was a cracked completely legal copy of Fruity Loops (when it still had that name) and Cool Edit Pro. Fruity Loops was PC only so it won’t be on the list, but kind of wondering if it would hold a nostalgic thrill for me. PaulStretch and the dodgy reverbs will forever hold a place in my heart, but I no longer have the patience to render effects before hearing them!

I have a burned CD of some music I made then, but I haven’t been able to get it to work.

Oh man looked up some images… it looks so much of the era which is great! haha might be the one I try to mess with first. 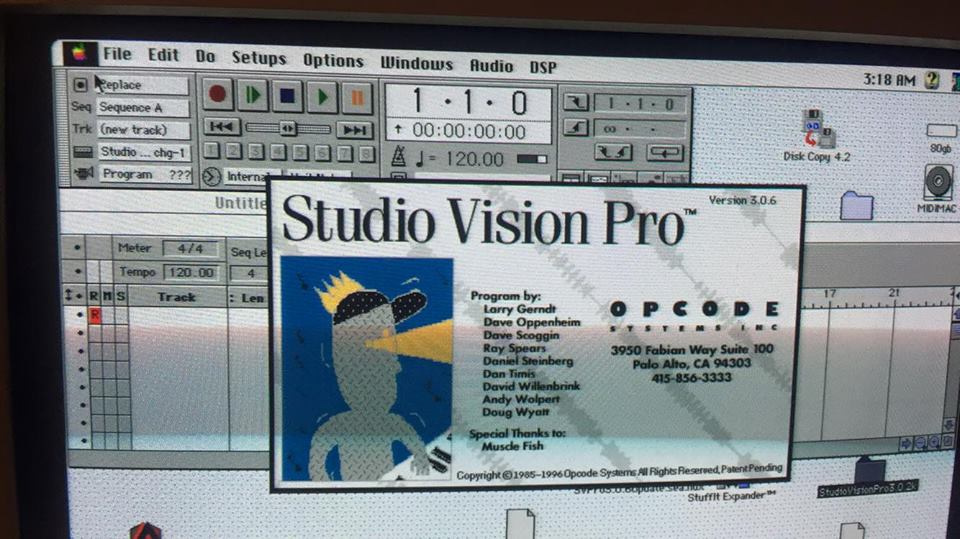 Side note made not too far from where I live

I remember around 93/94 a friend’s dad wrote music for film and TV and showed me Cubase running on an Atari ST. This was before Apple filed the patent for rounded corners on a computer display.

(of course, we’re heading back to when these things were just sequencers, rather than DAWs, because there was no Audio kicking around in them. I remember when Cubase VST, with its virtual instruments and audio tracks, seemed like voodoo…)

I second this. Vision was great. I still miss it.

I loved Cool Edit Pro back in the day! Was the bomb when editing .wav files.

Another one was Cakewalk - I think you can try something like Bootcamp to run it on Macs?

I think tracker programs are the most retro ‘DAW’ kind of software. I was running screamtracker on 80286 PC back in the early nineties. For sound output I used a DIY Covox output attached to the printerport. I couldn’t sample my own sounds so I had to rip them from other songs in the. Mod format.

did anyone ever play around with jeskola buzz

Yeah, I actually posted it above, but couldn’t get the images in fumbling on my phone. It totally got me into the more experimental side of music and computers. I would just spend hours connecting, tinkering, connecting. Loads of the instrument / effect parameters were pretty oblique but that was part of it. 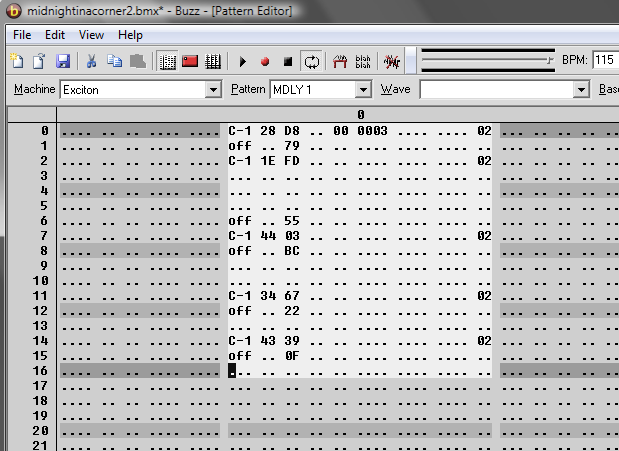 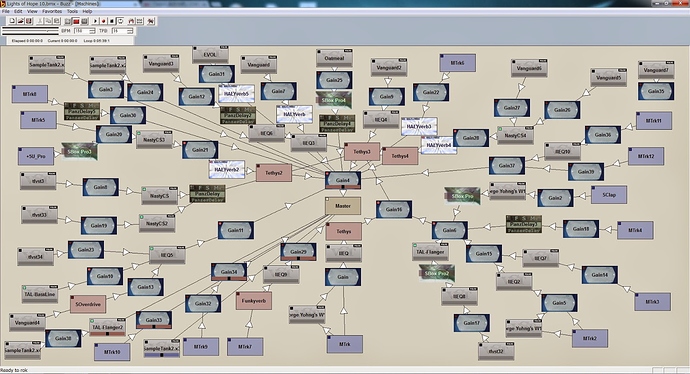 It was loads of fun, and there was a great community around creating instruments (generators) and effects.

Curiously, there were some great synths (eg Voidbass) that were made by Zephod, or Stijn Kuipers who is now part of TINRS. Going to check out their stuff one day on account of that.

Actually before I was on a tracker on a PC I knew people with trackers on the commodore Amiga.
And they could make samples!

soundedit 16 but as a daw

did anyone ever play around with jeskola buzz

yes, a classmate gave me a copy of Buzz in 2001 and from there i spent hours in it. There was so much things i could do on this pentium 133 (i have always had computers lagging behind the market) thanks to this software.
Until the linux takeover on my digital world (2006), i spent my time tinkering in Jeskola Buzz.
I tried to emulate the death-industrial/powernoise/electronica stuff that i was into at the time; not many tracks were completed but i learned a lot. The Minidisc with an old microphone soon became a welcome addition to use “field recording” (practiced in the most naïve and uninformed way) as a base material for long drones, ambiences, etc.
(then i realized that some of those bands whose intricate sound design i loved were actually using professional loop CDs / sample packs, and i moved on in disappointment).

Slightly before that i also used “Music Center” from Data Becker as a DAW (i can’t seem to find a screenshot online). I remember my first night entering MIDI notes and having some drum patterns and synth pads come out of the speakers. Now i didn’t need to talk people into doing a band anymore and negotiate over how it should sound (that would be, a bad cold-wave revival). No need to be social ! What a relief ! (and what a mistake

)
Those explorations were a revelation, sound could be shaped along so many parameters.
And the wonder’s going on. (damn. i think i just realized that it’s not so recent that i am interested in sound as matter rather than its unfolding in a musical structure.)

SoundEdit 16! I remember sitting there with my calculator and working out how many milliseconds were between each beat at a given RPM, trying to make beats by setting up markers. Burial has nothing on 13-year-old me (except actually finishing tracks, of course).

As for the topic, I’ve got a bunch of old Macs still and use them occasionally because I’m a fucktard who obviously doesn’t value his time (as a friend once said after looking at my CD collection). Everything is primitive and screen redraws are slow. There are also lots of crashes.

You can go back for a look if you like, but don’t expect your glory days to magically return. Your tools have changed, but so have you.

Cool Edit 97, using the spectrum analyser + FFT filter combo for noise reduction on 8-bit samples to later load in 16bit interpolated quality in Impulse Tracker… nice and hacky and in those days 20 years ago it didn’t matter much how long it took. I doubt I’d have the patience these days, though some workflows seem to remain of similar arcane grade.

+1 for Buzz. That thing was a powerhouse!

This was the first time I really felt the computer was a creative instrument (Sonic Foundry Acid 2.0)

Not a DAW… but, SuperCollider 1.0 looks kinda retro: 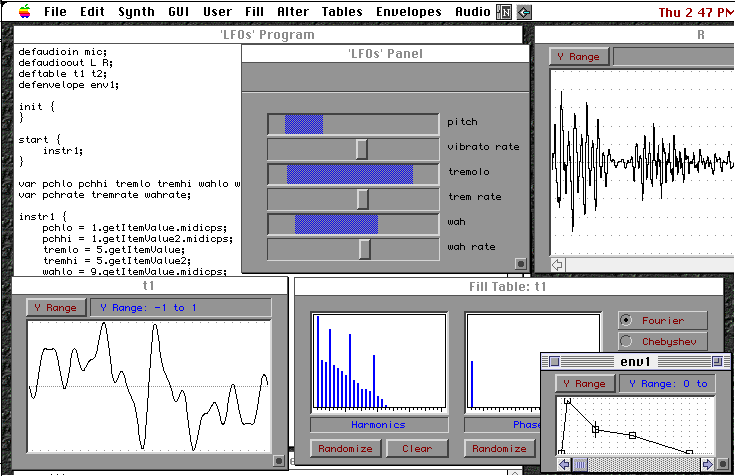 I want to recommend Sunvox (as I think it’s fantastic!), but it looks like on Mac you need 10.9+