My biggest gripe with Ableton is not having a good way to comp between different takes. Looks like they spent a lot of time improving the linear view, but still no dice on comping unless I missed something. That omission means almost every single thing I make ends up in Logic by the end…

@madeofoak do you comp in Ableton? (not that you’d need to comp Amelia much ha)

Sysex in max4live is the big one for me. Having a common platform for people to develop and share sysex editors for hardware synths and fx could be a great thing. The last viable one was device panels in cubase and that was 20 years ago.

Is there really evidence for difference in summing between Ableton and another DAW? I thought that was a legend that has been debunked by now…

Heard the summing originaly was dodgy but Ableton fixed it, and it’s now pretty undistinguishable from other DAW (at least that’s what a lot of very reliable producers have said, which doesn’t mean much), but I only started using Ableton for studio purpose only around Live 9 so I really couldn’t tell. But exporting all audio tracks definitely isn’t the same though, I remember making a small test exporting everything, summing the result and comparing it to the L/R export by inverting the wavefile and having significant noise between the two. I should do that again and see what’s what someday.

This discussion inspired me to find this page. Haven’t read it yet.

Back to Ableton 10, I wondered for the M4L plugin makers around us if the new improvements would make it easier / possible to create more self-containing modules/instruments? (I’m thinking about @elquinto ReMix but there’s also grainfield and all those M4L wonder that always asked for a satellite / master modules strategy), because if so that would ultimately be an incredible advantage. I know there was a lot of frustration regarding how M4L handled audio and midi rooting, and I’m sincerely hoping it’s a thing of the past. Would be a killer feature.

I haven’t seen any indication that MIDI multi-channel support has improved (Ableton makes you pick a single channel per track), just the talk about SysEx support. So, that’s still kind of a bummer for M4L and for MPE (or anything multi-timbral that relies on multiple MIDI channels per track), it seems. Would love to be wrong. I wasn’t aware of any audio routing shortcomings with regard to M4L, what is the issue there?

I was refering to this “You can also support multiple audio inputs and outputs inside Max for Live, which opens up lots of new possibilities (including multichannel/surround applications), and route to arbitrary tracks via the Live API.” And wondering how / if it could help make more “all in one” M4L plug, but maybe it’s just not that useful? Really asking here

Oh, yeah, that does sound pretty sweet. I think there may still be MIDI issues for multi-timbral/MPE functionality, unfortunately. Would love to be wrong about that.

I have Live 9 Standard, M4L and Push 2, I never wanted to move to Suite edition.
Ableton offers to me two options: 179 euro for upgrade to 10 Standard, and 223 euro to upgrade to 9 Suite now and get the 10 Suite for free. Seems that I have no choice, but 223 euro are too much for me considering what I will obtain.
from my side the biggest improvement is the integration with Push2, now MIDI tracks are unbelievably poor on it.
At the end of the day, Live remains a good software for composing and live performance, but it still have gaps on mixing phase. for example, even Live 10 has missed the occasion for the implementation of a decent mixer that shows me all plug-ins inserted on each track. I agree with @madeofoak, ten generations to add the ability to rename I/O is not serious or it means that Ableton sees Live not as a true DAW
IMHO

Looking at the wavetable synth it might be that max4live patches will be able to take the full screen real estate, but that might be an “only our instruments” style view. It’s hard for me to balance wanting new shiny toys and realizing that I already have a wavetable synth and can make my own with puredata.

I already have enough half-finished tracks, not sure if the workflow improvements will really help too much there. I don’t think I’d make “better” music as a result of upgrading which is probably what matters the most

I am in the same boat, but have been on Live8 and have always held out for Live10 which I assumed would have MPE and more CV control options.

Unfortunately I would really like M4L ( Max7 user) so the price of £230ish for suite and £175 for standard + M4l makes me wonder that I should just go for suite. I also cannot get M4L with Live 8, so an upgrade would be needed anyway.

I use Live as a glorified tape machine & effects unit, but I am slowly pivoting away from hardware as space and budget demands.

I just wish there was MPE support,

Been waiting to see what the abes were gonna do post bitwig and now that its finally dropped I am quite disappointed.

Sure the things they added are nice and especially the arrangement view improvements were much needed. But since I shifted to generating my music outside the computer a few years ago I fail to see anything forward thinking and innovative with how ableton might integrate those worlds together (despite having all those cool pictures of ableton surrounded by hardware). Nor have they been inspired by the modular music philosophy which is been of some focus in electronic music these past few years IMO they seem a bit disconnected to be honest and still adding in things that should have been implemented many versions ago.

There is not much new to the way arrangement, session and clips work together as a cohesive environment and for me this is biggest disappointment and where Bitwig triumphs.

Ive been using Live since version 4 and I cant see myself working in ableton much longer as the last 2 versions were disappointingly still playing catchup as well. Not to mention the original push which as great as it was finally proved to me midi controllers and the midi standard are lame investments that eventually fail and die(must die… death to midi standard!).

I may upgrade as I have a bunch of projects to complete and the arrangement workflow improvements would help for sure so lets see what happens when im finally on it. Bitwig still seems way cooler and ill finally give it a go.

There is not much new to the way arrangement, session and clips work together as a cohesive environment and for me this is biggest disappointment and where Bitwig triumphs.

What exactly are you refering to that you like more in bitwig? No changing isn’t a bad thing per se

One thing I will note, re: pricy upgrades: Ableton 9 was released in March 2013. 10 is being released early 2018; that’s nearly five years on a single major version (which is what you pay for). If that €230 buys you all point releases for another five years, that feels good; if it doesn’t last more than a couple, it feels less good. But I’m pretty sure we’re not looking at €230 for an annual update, like Adobe.

Live has never actually been that cheap, but the upgrades between 9.0 and 9.7 were pretty decent, IMHO.

yup, lack of MPE/multichannel midi is a big disappointment…
I do think its a big change for them, but I wish they had just let the midi channel flow through, so like Logic, it might not be able to record multi channel midi, but just at least let you play/record audio.
(honestly, I don’t often record MPE even with Cubase, and I find BWS mpe handling pretty poor)

I think the midi editing on the push 2 looks much improved, and the visualisations look nice, and point to a really nice direction for the future.

the changes for M4L, basically just lack detail… they say its faster/more integrated, but we will only know how much this is true when we start using it… but again, its points for a promising direction in the future.
(Id love to see BWS get the modular stuff, but frankly, they seem hesitant to open this up to users)
note: I find it odd, its still only in suite, even though I own suite, I really do think they should add M4L to at least standard if not lite.

of course I’m also hoping, under the hood it will just a be a bit more slick, better performance… and I think they will because the 9.x improvements have been going in this way.

so overall as a push2 user its really a bit of a no-brainer, even though MPE is not solved.

pricing, seems in line with what others are doing, especially with the previous upgrade cycle of Live… though I do think, we are likely to see more frequent upgrades from Ableton. (which would not be a bad thing too)

Ok i have not used bitwig yet so bear that in mind…but I like that at least you can have them(arrange and sesh) share the same screen space…also you can edit audio within the clips themselves. These 2 things alone make me look and think this is basic shit why doesnt ableton have this??

So back to ableton…Clip, Session, Arrangement these things are really the core of the application I dont see how those concepts have been taken further or refined since inception(other then finally letting you record automation within a clip which is a functionality that should have always been there and bitwig beat them to it finally)

Its more their new concept is push & loop & book and lets show you cool stuff away from your computer vibes and even their marketing pics I dislike( in a cool thats pretty but what exactly r u portraying rlly?) I guess im just hating on ableton today

interesting side note for m4l/max 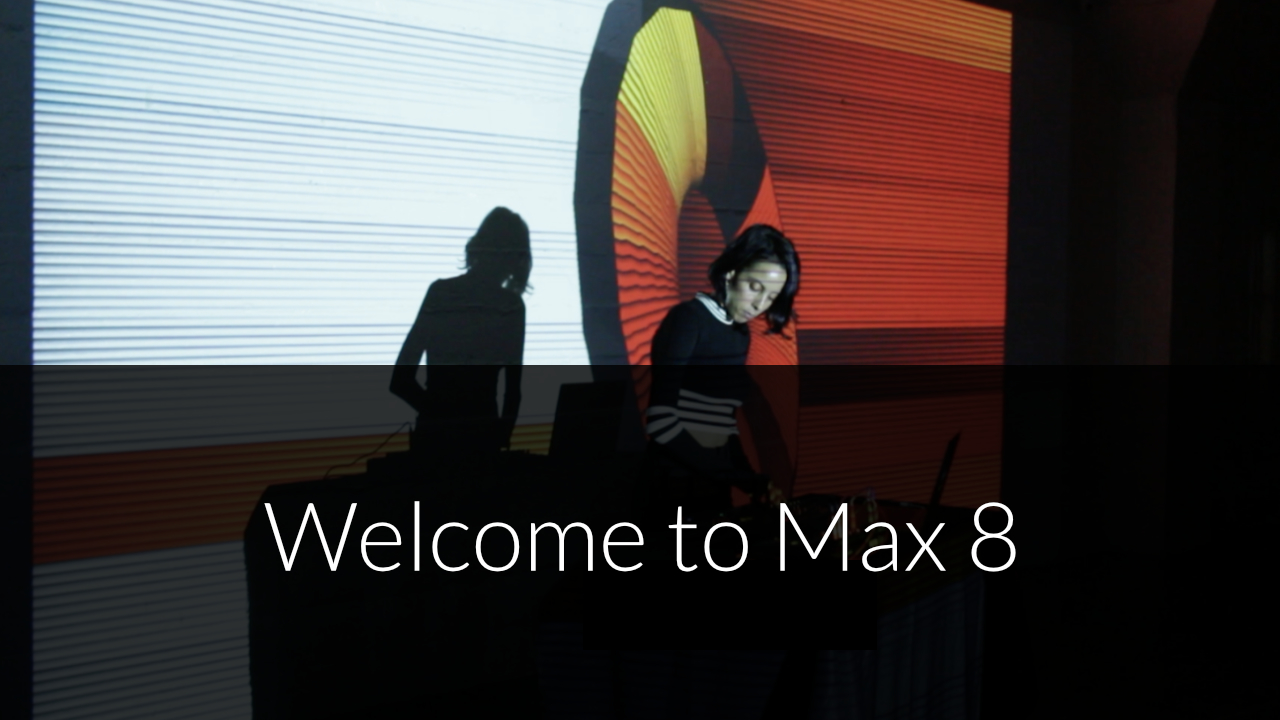 I agree that M4L should be in standard. This is the killer feature in term of creative work in Ableton versus other DAW.

I love all the small workflow changes, editing multiple midi track at the same time will be a massive improvement for me.

I wonder if Ableton’s acquisition of Cycling would improve the chances of them offering it in the Standard version. I’m sure the licensing agreement they had before would have made that more difficult.