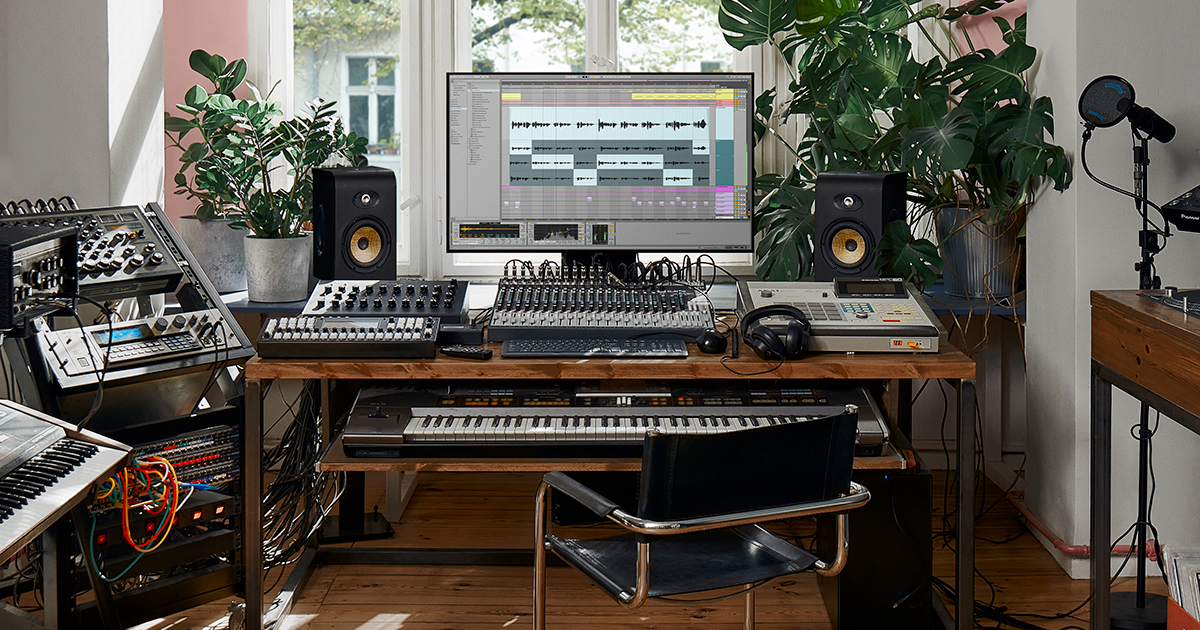 Having a somewhat related issue with plugins. I’m “losing connection” to assorted VST2 plugins. There’s no pattern to which ones lose connection. Sometimes 1, sometimes 5…it seems to be completely random and it’s never the same ones. I’m running the latest version of Live 11.2.7 on a 14" M1 Pro MacBook Pro. I’ve never seen this error until the last week or so and things have been really, really smooth until now.

Anyone else running into this? Any solutions? 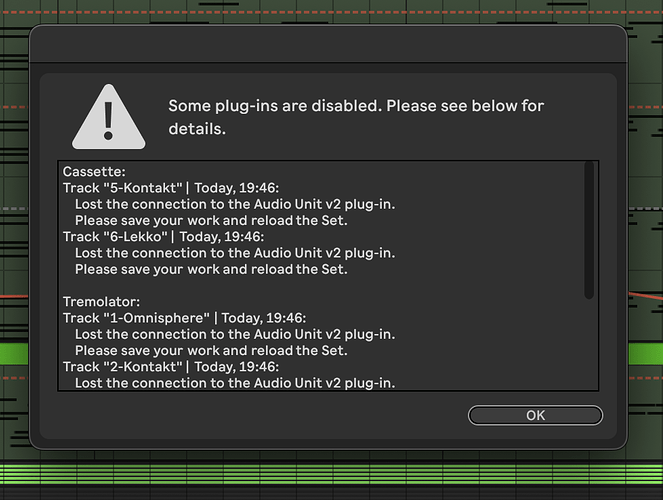 Does anyone have a bullet proof solution for automating CC messages on hardware synths from Ableton Live? I’m using the Max for Live CC map8 for this and it’s constantly causing me trouble. Sometimes the MIDI notes stop passing through it and sometimes the CC messages stop getting sent. It always starts out working great and then it becomes totally unusable and I lose all of the work I put into the patch. My hardware synths are the Prophet Rev 2 and the Hydrasynth. Any ideas as to why this would be happening? Any alternatives?

Looks like that device hasn’t been updated since 2014. Try CC Mapper instead. Works great for me:

The Free Library of Max for Live Devices

I made a Max for Live MIDI device to arm the track it’s on when the track it selected. It doesn’t do anything else.
https://maxforlive.com/library/device.php?id=8619

One of the main reasons I upgraded was because I was maxing out the Ableton CPU meter way too quickly. So I couldn’t have been more disappointed when I opened two identical sessions side by side with Apple’s activity monitor up and there was pretty much no difference in performance whatsoever. If anything the M2 Max was showing worse numbers.

Can someone please explain to me why this would be happening? Everything I’ve read and watched about the M2 Max shows that its an absolute beast of a machine. How on earth would Ableton not perform better on a machine like this? I’m posting this here because I do believe this is an Ableton specific thing. (I am using third party plugins though.)

Yep it’s the latest version of Live and I checked each plugin for silicone compatibility. I did run a second test using stock plugins only and got totally different results. Old computer maxed out at 90% while the new one only hit 45%. These are the results I was expecting. I just don’t understand why the other session with third party plugins would be the same on both computers if everyone on the new one was silicone compatible.

What about ‘high power mode’ in the energy settings on the Mac, does it make a difference?

Use High Power Mode on your 16-inch MacBook Pro

Yeah but it can still be in Rosetta mode. Worth double checking. 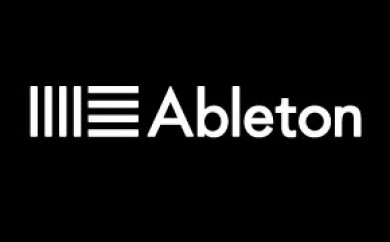 How to open Live using Rosetta

Live Versions: 11.1 and above Operating System: Mac To use VST2/VST3 plug-ins not yet updated/compiled for Silicon on an Apple Silicon Mac, you can force Live 11.1 to run as an Intel application ...

I went from a 10 core i9 4.2 Ghz windows box to an M1 Pro and saw a significant increase in CPU capacity for almost everything… in Bitwig. In Ableton I saw far less differential. That said Ableton’s CPU meter is not very good and often doesn’t indicate what is really going on.

There are some things that you can do to stress out Ableton’s CPU utilization that don’t seem to actually be CPU bound. I’ve had a lot of issues with projects that featured any kind of feedback and certain configs of plugins that stressed Abletons PDC. And I’ve had projects with high track counts with lots of groups and subgroups that similarly stressed CPU but didn’t seem to actually be CPU bound.

I don’t get the technical reason, but : lower buffer size = lower CPU usage…

The explanation in this video seemed plausible to me: using lower buffer sizes forces the system to run Ableton on the high performance cores only. 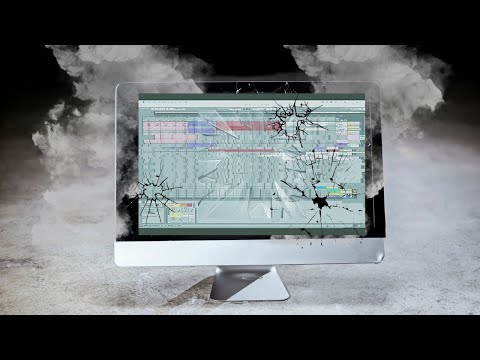