I’m making a library so I can use my ableton push 1 with norns scripts:

Norns Library for the Ableton Push 1. Contribute to ericmoderbacher/pushy development by creating an account on GitHub.

It’s more of a test script than a library at this point.
So far all I have is:
-encoder handling which just calls the normal enc() function.
-writing a slider to the LCD (thanks to @zebra patiently explaining sysex to me)

What I want to include:
-Norns UI Widgets style interfaces for the LCD
-a default mode that just lets the user modifiy parameters quickly using the encoders like arcify

If you are someone who might want to use something like this let me know if you have any fun ideas! Sometimes its fun to add features you dont really need yet. The library is still not really functional, but I’m really enjoying working on it. This is amazing, it makes me want to get a push! My studio is in boxes right now but I like the idea of using the Arcify model for this. I’m picturing abstracting the Arc-specific stuff out of Arcify so this could get plugged in instead.

I’m putting some time aside this weekend to revisit this project. I’m changing the design goal though.

The new direction is for this to be a single file to include in any Norns script, which will let the user assign Params to each of the knobs without touching code. The user will just push the up and down buttons below a knob to change which patch parameter it touches.

I think that sounds more useful. Any other ideas or suggestions?

I’m not requesting anything because I’m not smart enough to do any of this myself but what Technobear was doing with his push2 seemed very useful as far as getting the most out of it. 64 pads worked as grid, knobs worked as encoders, screen functioned as Norns screen. However I think implementing parameter control with push encoders is great too because they are very smooth compared to other midi controllers.

Yeah using the pads as a grid like interface would be nice. Maybe I’ll try that next. 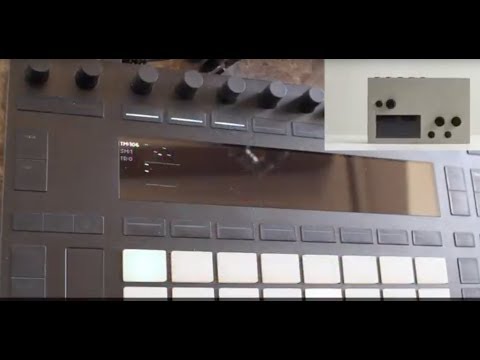 Here’s where he left off but he has mentioned that he is not using Norns currently so he isn’t looking to revisit that project anymore.

*I have a Shield and I am waiting for Norns to be available again mid May so this isn’t anything urgent at all. Before I was able to afford even the Shield I was trying to get into the Monome world through cheaper means before getting the real deal. I had a pi, Push2, and now it’s easy to setup a usb interface so it might bring in people. I started trying to emulate Norns and it led me to purchasing a Shield and soon the Norns.

The new direction is for this to be a single file to include in any Norns script, which will let the user assign Params to each of the knobs without touching code. The user will just push the up and down buttons below a knob to change which patch parameter it touches.

I think that sounds more useful. Any other ideas or suggestions?

I’ll chime in to say i like the idea and if it eventually runs as you describe here on all push devices i’d love it!

I don’t have a push 2 so I don’t think I’ll be able to make it work for both anytime soon. Trial and error with the hardware is a pretty significant part of my development workflow lol.

Bottling up all that pixel data would be pretty heavy.

It would be fun to have a dedicated raspberry pi quickly convert the push 1 messages into the pixel format so that it could just work identically… but that would be a project itself.

The functionality you described sounds super useful! Forgive me if I missed it, but does this script enable the traditional interaction with the pads on the device, such as note input / octave switching? For cases where multiple midi channels are addressable in a script, it would be pretty nice to have quick midi channel switching for the pads, if this isn’t already possible.

My plan is to just put together a param editing UI using the lcd and the knobs. I’ll probably include example code for using the rest of the midi input and also setting the button and pad leds.

So by just including this library you can edit the params of your script without coding or using the Norns menu. And you can write other patch specific logic on top of the library if needed.

Ahh okay, so people could set it up to their own preference, that’s awesome!

I do think being able to plug in a push and play midi notes at different octaves into any script (or passed-on to another connected device) does seem like it could be a pretty helpful baseline functionality, since the push is ordinarily unable to do this standalone. Would make it fully usable without setup & might encourage further tweaking and customization.

The push 1 is a pretty great control surface, especially for the low price they go for now. It’s great to see this taking shape.

I’d be happy to test anything going forward if needed.

Hi im really intrested, this project its an idea that maybe various people have but no one is making it so im just here waiting for any news
Thx for your work