Good news every one

20 characters of I love it!

That’s so nice to see how much people share the same ideas all across the world. These semi-random, arpeggiator-derivated sequencers are quite inspiring, pleasant to play, and performance friendly. Having a little midi keyboard to just input the possible notes is a simple but very straighforward idea.

Great post. This makes me wish there was a eurorack quantizer that can receive midi notes to set the scale. So you could sequence the scales from the computer while doing the crazy stuff in the modular. Is there such a quantizer in the market ??

Seen marbles from mutable? You can play it a jam and it weights the “importance” of notes based on frequency, converts them to random seeds, then spits back out modulatable turing machined sequences based on those.

Probably not difficult to use with Live via VCV rack.

Not as instantaneous as inputting a chord with midi, though.

Do you mean polyrhythmus? I use it often on drums. Needs you to open the device up to expose the note selector the pop in the ones you want. The help text is very useful too.

I did. Gave it another shot with your advice today and it worked. Thanks!

Does Jason still sell that quantizer? I like what I saw. What I would love is the ability to load .scl or tun files for JUst Intonation etc.

Cool topic, interested to see what comes up. I am always in search of the ultimate sequencer in Ableton/M4L

As mentioned already the Rene clone “Snake” is interesting, and I just checked now and it seems there’s an new version available. That’s cool as the previous one had some bugs. The ones inspired by the Roland System 100 185 sequencer (there are a few) can be interesting. Though don’t really suit my workflow.

There’s the Polyrhythmus that seems popular. I messed around with a bit never got hooked on it.

I find the new Melodic Steps device in the Creative Essentials pack from Ableton disappointing, kind of simplified Mono Sequencer with bugs attached

I was hoping on an update to the Mono Sequencer which I always find myself going back to as being the most creative, though it also has some bugs and the GUI has some issues since Live 10 came out.

I think a modular approach with Ableton is also useful, a sequencer combined with some M4L devices adding modulation. I also find Ableton’s native MIDI effects to be very useful in generative situations, in particular the Velocity device, simple but also powerful.

I’ve just released an update for my ACDGEN M4L device which includes a new complementary device that lets you control up to 4 instances of ACDGEN using the Push 2’s User Mode.

This might be quite interesting for those looking for a way to control / sequence multiple synths at once, specially during live performances or studio sessions.
The Push 2 integration was developed using the open source AP2JS script that I wrote a while back.

Hey everybody, I’ve just released yet another update for my ACDGEN device.
The new 1.2 update includes a new algorithm (Arp3, inspired by classic arpeggiators), a re-designed note display, new presets for the main tab buttons, real time Key and Scale control, a new on-off switch for the Post Quantizer, and more.

More details (including a new video overview) is available at: http://spektroaudio.com/blog/2018/12/19/acdgen-12-is-now-available

Proud of porting my M4L sequencer to C, and I made a demo video. 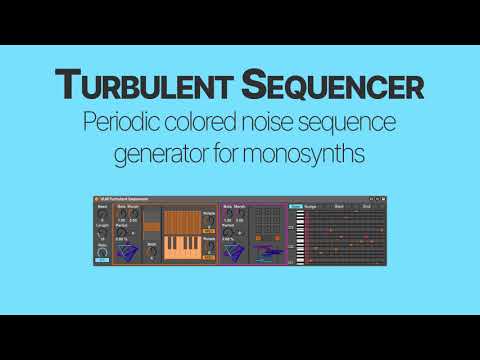 Nice, it seems externally clockable sequencer are pretty uncommon in ableton/Max for live. I had been messing with a Euclidean sequencer and triggertune, this seems like it has some very cool generative features compared to the latter. Will have to try it out next time I’m messing with that workflow!

Curious what the porting process was like. Is it a VST now or a M4L device that is using C code?

It’s always been mostly Max, but the sequence generation is complex enough to warrant coding. First it was TypeScript (compiled to JS), but JS runs in the low priority queue so it had timing issues. Then I ported it to Java, but many people had issues running that and it would crash sometimes. I was postponing learning C and this was as good an excuse as any.

Has anyone ever had any success replicating this idea in Live using multiple midi channels?