Just saw the demo of this… Looks amazingly musical. Nice to see a Scottish Company getting some interesting stuff released. 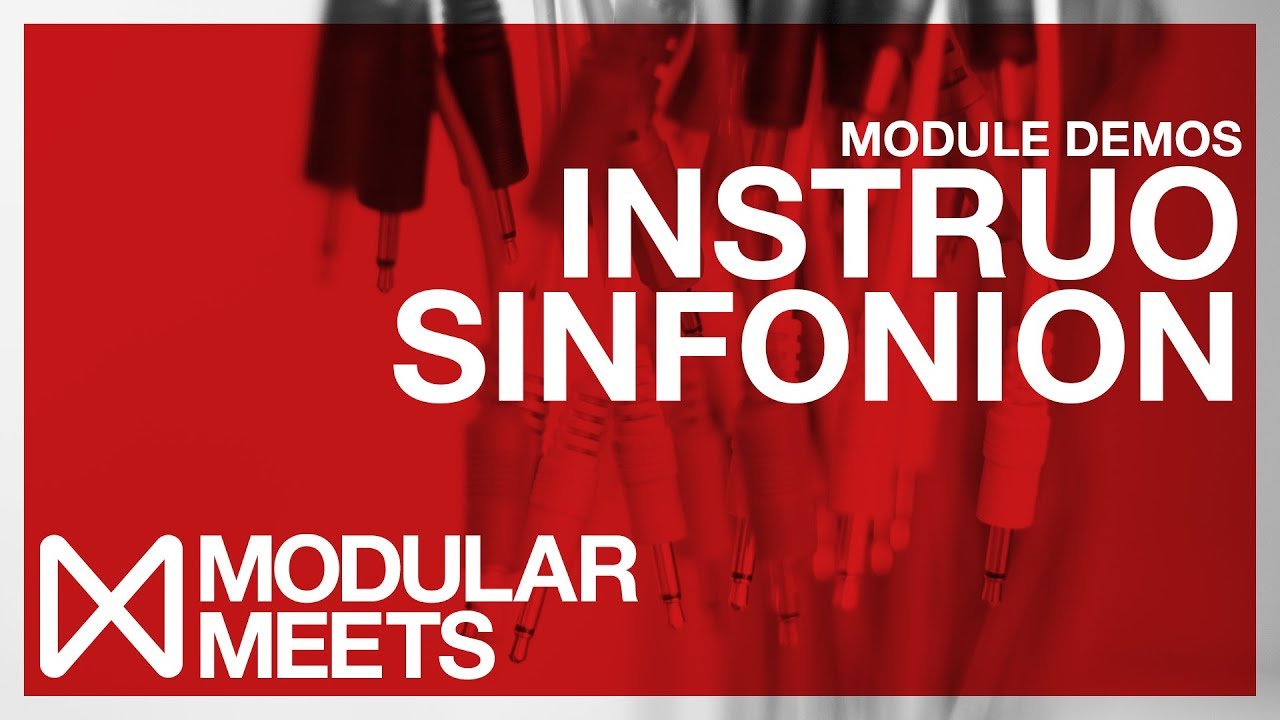 So far, I’m impressed by every Instruo module I see. I have the troika and it’s a lovely triple oscillator - very well made. The Harmonaig also seemed very musical. And now this

It’s a bit hard to see what is actually going on in there - I felt like the demo just alluded to the functionality a bit, but I didn’t get a concrete sense of how it actually is used and how you compose something. As a piano player, I feel a bit weird about programming chord progressions - so much of the construction of a progression is intuition or muscle memory to me (like which inversions to pick for which chord) and it seems somewhat awkward to actually think about and program it all. But I’m very interested to see a more in-depth demo. Seeing how well though-out their other modules are, I’m sure it’s going to be easier to use than I currently imagine.

I was given a tonnetz sequent this year and as a piano player I had the same feeling. One approach I really liked though was letting it run wil a bit within reatrictions (typical modular haha), recording he audio output then slicing it up to play the generated chords on a grid/pads.

I really like the look of this and have been intrigued by Instruo in general lately.

Wow… I almost bought a Harmonaig a few months back. This is seriously next level!

Mathias Kettner’s Sinfonion module is something I knew I wanted at the heart of my rack when it first appeared at Instruo’s booth at Superbooth 2017. It’s August 2019, and the Sinfonion is finally in production—although it’s now an Audiophile Circuit League product—and the first units are now in the hands of a bunch of European customers! (Still waiting on the first shipments to US dealers.)

It’s been a long wait, but the product is looking very good, indeed. Useful resources:

First test with Sinfonion is basic, but I’m already in love with it. I went to test the chord seq right away to assure myself I made the right choice selling the Harmonaig. This beauty is so deep, looking forward to unlocking its secrets. That’s really nice. Can’t wait to hear what is next!

I think it’s hard to overstate how excellent a product the Sinfonion is. A handful of bum units have reached customers, and the first batch with the original firmware has a bug related to the internal clock divider—we early adopters are still awaiting a little doohicky from ACL that we need to update our firmware—but otherwise, the Sinfonion has been utterly solid. Last I checked there are zero known bugs in the current firmware.

A lot of people seem to misunderstand Sinfonion and assume it is a sequencer—it is not really a sequencer, although it does have an arpeggio generator and a chord generator. Rather, Sinfonion is a quantizer that happens to include its own state sequencer. The state sequencer (which they call a chord sequencer, but that undersells it) enables you to clock through programmed multi-part changes to the scale, per-part active notes, and other attributes shared by its three quantizers, chord generator and arp. You are not obliged to use the state sequencer: instead, you can play the Sinfonion manually with all those buttons and dials, and you can animate the Sinfonion’s state in many ways using CV signals. In fact, if you merely dial in the root and degree you want, Sinfonion acts pretty much like any basic quantizer with the little keyboard, except that Sinfonion uses 1st, 3rd, 5th, 7th, etc. instead of imitating the white and black keys of a piano. (And yes, you will probably find the Sinfonion way superior once you try it.)

The radical idea behind the Sinfonion challenges the common operating assumption that sequencers are responsible for producing quantized notes for your oscillators. The first problem with that assumption is that it makes life tricky to get multiple sequencers and performance controllers (human sequencers) to all simultaneously agree on the same scale to play together in. The second problem with that assumption is that it’s virtually impossible to change scale on the fly once you solve the first problem—there’s just no avenue for coordination. Enter Sinfonion, which quantizes (re-quantizes where necessary) all the pitches downstream, providing a switchable, playable, sequence-able nexus of coordination. Now you can actually play your modular alongside your automation. With the Sinfonion, everything that produces a pitch quantizable signal—your joysticks and touch controllers, your keyboards, your sequencers, your LFOs, your random sources—are equal sources for musical gesture. Sinfonion glues them to together. The fact that you can also string multiple Sinfonions together—even across a room—to extend the model is wild.

Sinfonion is big and expensive, and it’s not for everyone. I think we’re already seeing its influence, however. For example, Shakmat has recently announced the Bard Quartet, which is smaller, cheaper, and adapts the core idea into quad quantizer package.

i wonder how much of this functionality could be reproduced with teletype. not all of it, but i imagine individual parts could be replicated to some extent?

I would think that you could script a Teletype—particularly an expanded one—to reproduce some particular Sinfonion scenario (specific result). But that wouldn’t produce a general tool, and obviously you wouldn’t have the control surface.

yeah, there is the obvious limitation on the number of inputs/outputs unless you use expanders, but would be interesting to try replicating some parts of it. for the control surface you could use grid.

Funny, I started reading with interest but had already decided a Bard Quartet is likely the best option for me. Don’t suppose anyone knows when it’s likely to be available to buy?

I inquired with Shakmat a month ago, and this is what they said:

We took some delay on this module as we are making a custom button for several upcoming modules. We are now in the prototyping phase of this button - we hope to start the module production in december - which leave a bit more time to our developper to add some spicy features

Very useful to know, thanks! I think I can just about wait that long…

After eyeing these for a very long time, I jumped on a unit that popped up at Detroit Modular. Was really disappointed to find that neither the Song or Seq buttons work at all. Reached out to support but haven’t heard back. I don’t think it’s user error, but I suppose that’s possible?

Note that Song doesn’t do anything until Sequence mode is engaged (Sequence button engaged/lit.)

Have you tried the Factory Reset procedure in the manual?

I’m beginning to wonder whether people wanting a Sinfonion-type quantizer wouldn’t be better off with Droid?

yikes! sorry to hear that Matt. I had a sticky button on my new unit and it proved to be some hardened flux, which gave way after a few dozen presses. Do yours register at all? No lights either? I fear your primary option would be to return it, unless you want to wait (potential) months for repair from ACL in Germany

Do yours register at all? No lights either?

Nada. I tried to mimic the scenario in Mathias’ YouTube video to rule out user error, and I think it’s just not working. Sounds like my best move would be to return this unit and get one from PCA

I had this too. Finally got a response from support after waiting a couple of weeks.

The response was basically to put a few drops of isopropyl alcohol down the sides of the buttons. Doing this and pressing them a few times completely fixed it. I’ve got two sinfonions and they both had the same problem to greater and lesser degrees. This process fixed both, and it has not recurred since.

The alternative seems to be to enter into some kind of hellhole of RTM and don’t expect to see your unit for some indeterminate length of time.