I’ve not seen it be an available parameter on any drum machines or modules, but is something really easy to integrate when you self patch (like you would be with Rampage etc.).

Never tried it but using the EOC outputs on Rampage/Maths etc. to modulate/trigger other drum voices could also be really cool

Yes - great idea, thanks! I will try with Rampage and see where it gets me.

I’ve been using things like the MFB Kraftzwerg II and Lifeforms to make drum sounds recently, as both have rather snappy envelopes and the Kraftzwerg has an AHDSR too.

And so now ZAPS has to be in this conversation… I mean, I suppose they have to ship it first, but. 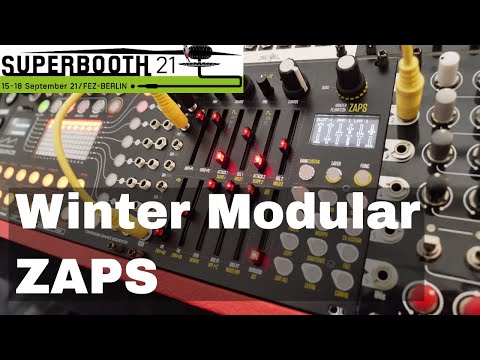 . I sometimes run an entire mix through it and it basically generates a layer of noisy, rattling percussion based on the contours of the signal.

Wait, this is pretty cool. Can you expand on this a little?

It’s very cool – extracting percussion patterns from audiorate signals is easily my favourite use of the ADDAC 106 and I cherish it as a kind of secret weapon in my patches (especially since they don’t really advertise the module as being capable of doing this!). I’ve just recorded a quick example of what it sounds like since it’s easier than describing it – here’s Aphex Twin’s We Are the Music Makers run through the 106, sometimes I’m mixing the original audio with it but the ADDAC plays just the noise.

How I like to use this is simply multing a submix or voice to the ADDAC 106 and finetuning it until it generates a hihat/rattle/snare-ish pattern that I like. While there is no cv control over the frequency, it creates plenty interesting material to be mangled further, to excite a resonator, or to patch around to oscillator or filter FM inputs. On material without strong dynamics or rhythmic pulses it tends to sound like poor radio transmission – often a bit thin as audio, but a lovely warm lo-fi effect when used as CV.

I use a couple diy contact mics on the back of wood plates through a fx chain and into the looper on disting for kick/snare, and just filtered noise thru a vactrol lpg for hats. I also wrangled Cold Mac intro a compressor. Works well.

I’ve just been soldering up one of these, to add to my analogue drum voice collection 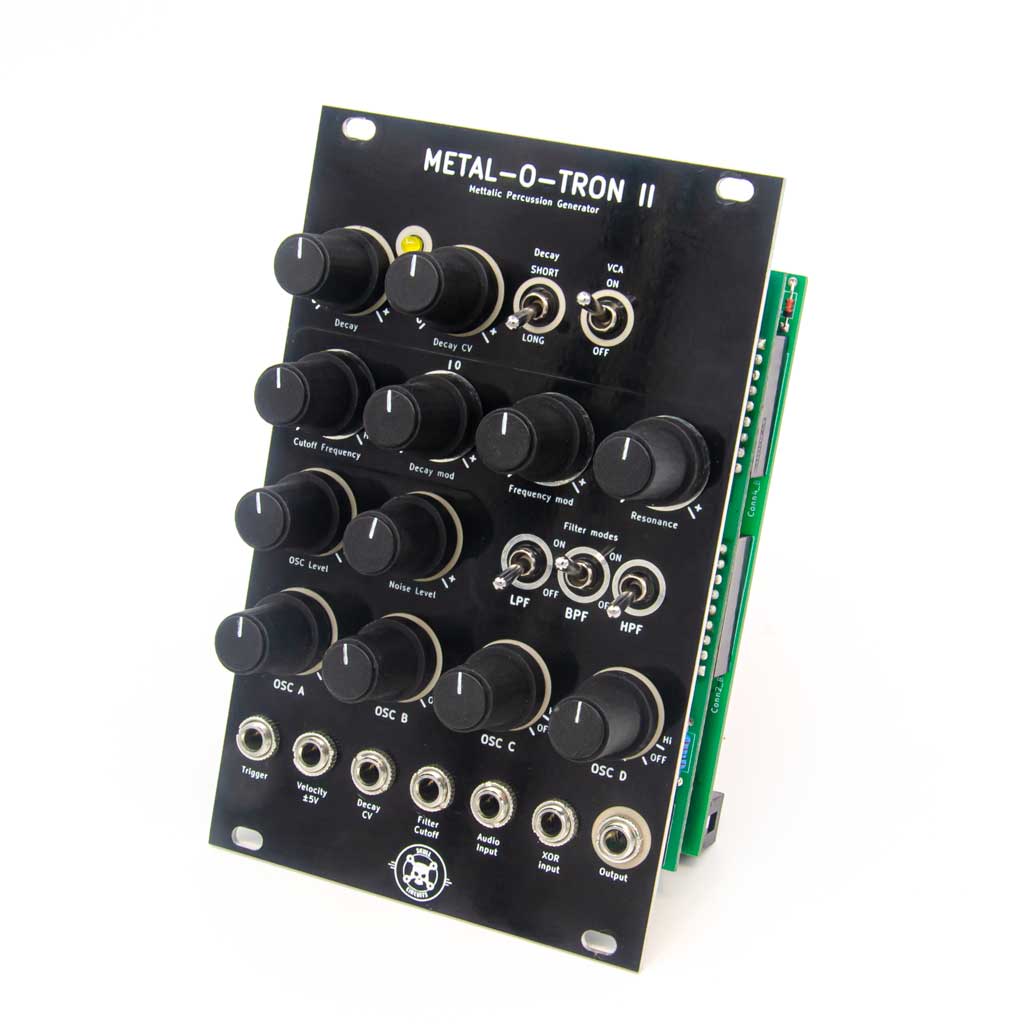 I’ve also got panel/boards for one of their others, which I’ve yet to start.

Percussion – Can I Kick It – Skull & Circuits

I’ll let you know how it works out with them.