PAMs is great, but not so good for real-time tweaking.

It really shines as a “set and forget” source of Lots of synced modulation and triggers.

Set it up, set it off to do its thing while you tweak other stuff.

Expert Sleepers FH-2 can do a lot of the same things as PAMs (Euclidean patterns, tempo-synced LFOs, clock outputs), but with a MIDI controller plugged in, has full real-time control.

It’s fiddly you setup, but once you’ve put in the initial work, it’s a lot of fun fiddling with the controls.

I have Pam’s and Steppy in a case and they pair very well together. Super playable to have main clock, clocked modulations, Euclidean sequences, polyrhythmic patterns, resets and probabilities all together.

For sure, I just don’t know if I can spend 18hp on Frames

There are lower-HP clones available.

I wouldn’t recommend buying a factory-built clone, on ethical grounds (I can’t help feeling it breaks the spirit, if not the letter of the Open-Source license @pichenettes releases all their stuff under), but if you’re not averse to SMD soldering (or want to commission someone to make one for you), it’s an option.

To add a bit more to this conversation, I’ve been struggling with finding interesting rhythmic parts in my euro case after some recent changes notably taking out my sampler in place of more loops. I think the sampler may come back in, but I had a fun time today squeezing a nice beat out of my case using Teletype Binary operators (shout out joe’s teletype talk episode 6), with 3 of the trigger outs to each of the three sisters, and then the 4th one triggering a LPG with Cold Mac as a noise source going through it — mannequins drum kit! The real fun though was putting it through Phonogene, looping it, reversing it, and then mixing back in the original beat so that you’ve got similar rhythmic material but a slightly different texture, phasing a bit in a fun way…

I enjoy this sort of exercise but I wonder about long term solutions because I’m not sure I want to dedicate three sisters to drum duties or cold mac to noise source… I got more loopers specifically because of the rhythmic potential, of dakim style looping (for example). My ability to do that sort of thing in an interesting way has dramatically decreased after taking the Grandpa out of my case, although I could dub samples in using phonogenes preamp. I still fantasize about having a rumburack, and I wonder if I might give in eventually to a bastl drum kit eventually (adding Tea Kick, Noise Square and Skis to my Grandpa, basically).

Anyone using/used these bastl “drum” modules have thoughts on them?

I have the bastl noise Square and it works really well with the an lpg (I use optomix), but I haven’t gone much further than that, and I really need to dig into the various ways of using it. I more often than not fall back to using the two Pico drum2s I also have.

Cold Mac as a noise source

wanna talk more about this? i googled around a bit and all i could find was Crease -> Survey, then take your out from Mac?

Yes you’ve got it! Crease > Survey, Survey knob around 9 or 3 o’clock (you have to find the right spot, I believe the specific spot where you get noise might differ on individual CMs). Hot tip: combine clocks in the Or section to gate it and then whichever trigger you have going into Or 1 gives it a little clicky accent

a Disting EX or a couple of MK4s with a Trigger man or Pamela’s New Workout will do the trick.

My ability to do that sort of thing in an interesting way has dramatically decreased after taking the Grandpa out of my case, although I could dub samples in using phonogenes preamp. I still fantasize about having a rumburack, and I wonder if I might give in eventually to a bastl drum kit eventually (adding Tea Kick, Noise Square and Skis to my Grandpa, basically).

I’ve got a few of the bastl modules and inversely have been eyeing the grandpa. Skis is really handy even without any linear/expo curve control. Pairs nicely wth ABC, too, either using ABC to mix signals going into skis or the other way around with using ABC as a sort of stereo/panning mixer. Some of these modules have different settings depending on how you configure the jumpers so diving into the manuals is worth it. I really wanted to like the tea kick but didn’t really love what I heard on demo videos so I got the cinnamon thinking I’d patch it for a kick when desired though I mostly use it as a filter (lots to explore, you can get goofy with it). Noise square is also really nice, noise sources always useful though it really needs a filter if you’re using i as an audio source (as one might expect). It’s a great module though I wish the square and digital outputs went lower into lfo rates to use as gates (they do but are still pretty “fast”, ymmv). Dynamo is on my wishlist, too. I love the older wood designs and am kinda bummed they stopped making new modules in that style.

Sound selection is always a struggle, in my book. Are you struggling with the actual palette of sounds or with the patterns they are playing or both?

The grandpa is a bit fiddly (hard to control perfectly) and lofi, and I would say most of the complaints I’ve heard about it are accurate… but it’s beautifully musical and there’s not really anything else with that particular feature set… Mine’s for sale here but I guess I’d better take it down before you try to buy it

@grey hmm good question! Probably a combination, although I’ve been making good progress with teletype and definitely feel like it’s a matter of learning/ experimentation on the pattern front rather than any need for additional modules. With the limitations of my case, adding the phonogene meant a lot had to go, but I thought the trade off would be having the preamp to bring samples from my phone/norns into the modular. This requires more experimentation, but I’m not sure I like that solution. If anything, I think I’d rather keep rhythm/textures in the case and export lead lines to my shnth, but I’m not sure… I worry about the creep of accouterments at the periphery of my case… the limit of 140hp was good but it’s not stopping these stragglers from hanging around

And the struggle of sound selection is the struggle of samplers in general, which was another frustration I had with Grandpa although it was completely a problem of my own and had nothing to do with that sweet lil module.

Edit: Also I’m still deeply ambivalent about categorizing things as “lead” “bass” “rhythm” “texture” etc. The metaphor seems useful sometimes but also maybe slippery… Is my modular an instrument or an orchestra? I’m not sure yet, but it’s about time to face the music, heh.

What do you mean here by ‘Dakim style looping’? I have been in love with that man’s music for over a decade and have seen references to this as though his techniques are obvious, but have yet to be blessed with this sacred knowledge.

Really so eager to learn.

I’m a noob who learned of Dakim from lines and the mannequins W/ manual. That manual describes it as a “destructive looping metaphor” which is basically what I meant as well. Looped bits that slowly degrade and you replace them live with new bits for a constantly evolving track 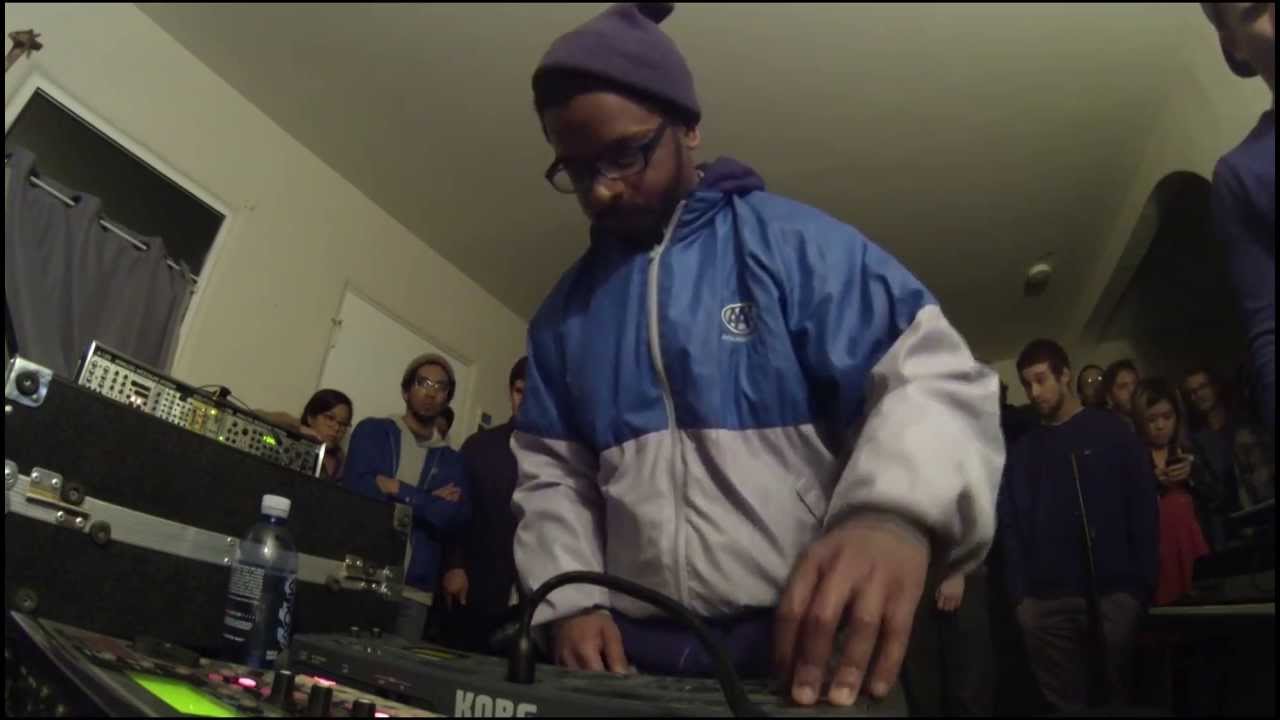 now that I’m thinking about it though, one could wire up clouds in looping delay mode to execute this, right? I used to do this on my sp 404, but the idea of doing it through Clouds (and having that particular set of dynamic controls) is pretty appealing. Since this is highly thread-adjacent, I’m curious if anyone has ideas on how one might execute this via Clouds // if the Kammerl firmware would be better (which is really more a full-wet beat repeat / stutter if I recall?).

Many of the tones and melodic ideas here remind me of the generative addative stuff I’ve been digging deep into the past few months, and it seems like the ‘rhythm’ of interaction with this stuff would be highly complementary, since when in-flow one would reach a ‘let it ride’ moment on the melodics just as the beat reached full deterioration and needed some filling out. Will x-post this thought on the euro questions thread, since most of the questions here are more module-acquisition thoughts, and less ‘specific application of ye olde cloudy boy’.

Expert Sleepers FH-2 can do a lot of the same things as PAMs (Euclidean patterns, tempo-synced LFOs, clock outputs), but with a MIDI controller plugged in, has full real-time control.

This is exactly how I have mine set up. 2 channels are OP-1 CV/Gate so I can use its sequencers, then a tempo-synced LFO, three clock divisions, and 2 Euclidean outputs. It’s a powerhouse.

I sometimes am tempted by the PNW because it’s got cool factor, but I think at this point an FH-2 expander and/or one of 4ms’ clock modules is more appealing.

One thing I couldn’t quite divine from the manual: is there a clock in via one of the CV ins? I see it mention MIDI clock in, internal clock, and “analog clock”, but it never really specifies what that last one is (or at least, not in a way that I understand)

One thing I couldn’t quite divine from the manual: is there a clock in via one of the CV ins? I see it mention MIDI clock in, internal clock, and “analog clock”, but it never really specifies what that last one is (or at least, not in a way that I understand)

Yep! I love it because depending on the task I routinely switch between CV clock, DIN MIDI clock (from the expander), USB clock (OP-1/iPad), and internal clock. It’s totally seamless and I know that no matter which clock’s driving I can use the FH-2 outputs for the same thing.

I even use it to slave my Tascam 424 - I use one of those clock outputs to stripe track 4, and then on playback use that to clock the FH-2, which then distributes it to everything else.

The most mind-boggling thing is
-lay down a sequence while striping track 4
-varispeed the tape up and record drum sequences in sync
-go back to the original speed - drums are now fat and pitched-down - lay down a third sequence
-do a mixdown with Magneto as a clocked delay.
The FH-2 really makes that kind of setup SO easy.