again, massive massive thanks for continued work on this and making it available for others to check out!

yes, but 3 is not necessary. also muting the CLK track output will halt the clock. two at same time will “double” the speed.

is there a way to control sample speed and direction in the sequencer?

or is that only possible in tape mode?

I’m working on a new mode that (if I get it to work) will make it possible to sequence pitch and direction, so later on hopefully.

(but there is a bug…

if you program a trig mode pattern and change to tape mode, the tape mode will play that pattern as pitch, but it´s really not suppose to work like that and the pattern is locked for editing, so well…)

sweet
that glitch could actually be useful, i’ll check it out

i have to reiterate, the sound quality of this module is superb…having dynamic control of pitch along with the volume (which is already in this version) would make PRGM even more playable

is there any way to divide the clock instead of doubling and multiples?

the internal clock is only ment as a tool for quick checks, thus the coarse resolution of this mode. however it would be easily to add a couple of slower bpm values.

here’s an example of the weirdness this app spits out

I really love it

hm… so i’ve tried these steps but i’m still totally in the dark about how to get started using this app!!! @Test2

do you have to have samples loaded or is there a way for it to sample incoming audio?

i spent hours with this today and still can’t even get a peep out of it!
Is there any step by step tutorial anywhere about how one might sample and playback any kind of sound? or even just process incoming sound in real time?

a short run-down on how to get sound, some basic scenarios

on the MIX page, pressing sw3 will restart all tracks on step 1

tip! by using the trk inputs it is possible to connect delays in series

tip! the INV-inputs will reverse the phase of the incoming signal
tip! more aggressive feedback can be achieved by using aux send to send signal output back into the track itself

using track output mutes, can be useful when you want to mute the incoming signal to a delay without muting the delay trail
on the sequencer page

I am trying this tomorrow. Looks really promising @Test2, thanks for your hard work!

people those tips posted above are gold!
i’ve only scratched the surface but the new group feature allows for very creative signal mixing

stacking delays is discussed earlier in this thread (or was it on the old forum?)
you can breach into reverb territory if you tweak things a certain way 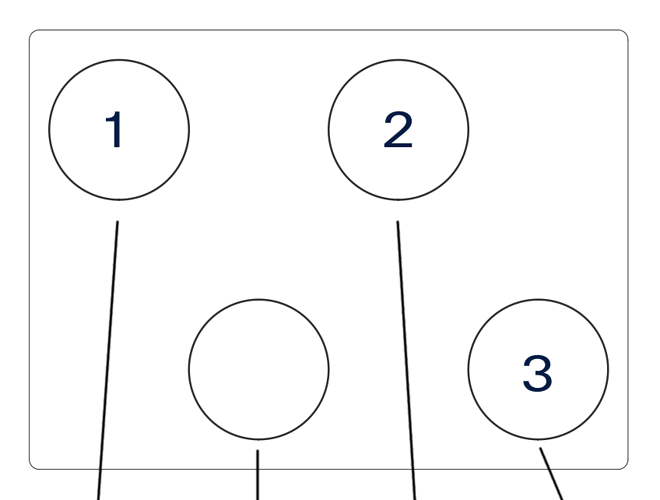 also, there is a typo above on the [dly] mode, delay time is enc3 and feedback is sw1+enc3. I double-checked and it is possible to “patch” an external input directly to a track in [dly] mode, testing 0.1.2 today and running 5x [dly] tracks at the same time is possible with this kind of setup.

mute/solo track output can still get weird in some scenarios, but this is an easy fix later on.

also, i think i mentioned this before but dont know if it’s possible…would adding more tracks push the hardware/software beyond stability? or would it mean sacrificing other features?

when the dsp is “tipping over” the possible number of calculations per sample the pitch will drop, sometimes this can happen shortly, like at a certain step or it will drop to half immediately. before the new mix features we’re added I recall running 6 delays, but at the moment I´m more happy with mix groups etc and 5 delays max. the max number of tracks for this app is also constrained by the size of dsp on-chip memory.

Anyway, I tried with the little endian file but have seriously not found how to load it, how to start the sequencer and so on. Somehow it seems close but I just don’t get it and I did follow your procedure, probably in a wrong way though. Thanks for any help!

Edit: I now managed to get some white noise in there, although unintentionally (I suppose it is due to the format). I’ll let go for now, @glia if you can somehow explain a bit more how you made working files for this it’ll be greatly appreciated!

here is a quick tutorial on loading your own samples, based on how I have got it to work.
wav-formats
only two formats have been tested to work, 16bit/96k and 32bit/48k, I have so far only tested mono files, not sure what will happen with a stereo interleaved .wav

folder structure on the card
the whole folder structure that is included in the .zip-files is necessary, sample files are to be placed in this folder:
ALEPH/data/prgm/samples/

(there should be a short test sample called trig.prgm already included in /samples folder, as part of the zip-file)

converting wav
samples needs to be in raw pcm file format (also called headerless), so a .wav file must be converted. One way of doing this is using an app called ffmpeg (it´s free and seems to work on a lot of platforms). run ffmpeg from terminal/command prompt. here are two examples where I placed the ffmpeg exe in the same folder as my .wav files,

the .wav files I have tested with have been created with the bounce tool in ProTools 10.

hope this can be to some help.