I copied the contents of the zip file for version 0.7.1 on the releases page to the SD card. The powered on unit will not enter play mode, gets stuck playing a sinewave and the mode button is not functional.

Powering on while holding SW3 shows a “clean init” message and play mode is enabled with an empty scene. Changing modes and selecting the tutorial scene named “this” crashes the unit at “reading scene from flash” and all buttons, including the power switch are not functional. I have to unplug the AC adapter to reset.

The version on the SD card when I got the unit has files dated from 2014, which I backed up. Those files produce a functional tutorial scene for “this”.

you have to flash the 0.7.1 firmware if you haven’t done so

you might also try the skektek branch, which has tons of features, optimizations and bugfixes

think that would work! Let me know if not… EDIT: Another ‘non-release’ of aleph firmware - this fixes two bugs in the preset system. Here’s the patched code & an updated sdcard image (only aleph-bees.hex has changed) http://nshgrtha.net/sdcard_sktk1a.zip http://nshgrtha.net/aleph_sktk1a.tar.gz

thanks for the PR! nice to know it works with docker

The firmware loading mode worked. Now when the unit boots, but is stuck between two crash points on the screen

well just to be sure i did a fresh install of the 0.7.1 release file on two units (proto and production.) was fine on both - to be expected since i’ve done that many times. (and my god, 0.7.1 is almost two years old now.)

i think both could be consistent with trying to load wrong versions of the DSP firmwares (.ldrs in /mod.)

oh, also you might want to try loading the aleph-mix-0.0.0.hex firmware; it is an extremely simple application that embeds the .ldr and doesn’t require the sdcard after flashing.

The SD card was not completely erased.

I was doing drag and drop copying of individual folders. I’m normally not this much of a noob. I just compiled the skektek branch though I’m not sure how to properly deploy the build artifacts.

have a look at the zip file I posted - it’s a pre-compiled binary version with the build artefacts correctly deployed, correct directory structure etc.

From memory, the build commands you’ll need are:

Woo hoo! Works first try. Thanks for all the help with my plumbing questions. I think I know enough now to post lower level questions as either Github issues or pull requests.

P.S. The ./install.sh script helped me understand the structure of the SD card pretty well. When I get some focused time I can get to some of the TODOs in that script. Seems like it would help new developers get up to speed.

I lost the SD card referenced in this thread and I’ve reproduced the procedure I used last October. I cannot load any firmware.

I’ve formated a 32GB SD card with one partition as FAT32. The device recognized it but the bootloader menu shows no options to load any firmware. There are also no modules in that menu.

I’ve loaded the 0.7.1 release, the sketek branch and a compiled version of the git master branch from a few weeks ago.

None show any firmware when I hold the mode button.

i’m sorry but the only thing is to try a different card. if you can find one that is <4gb these tend to be more reliable with the pdca controller on the avr32

Holy shit! Wow yeah. I found a 16GB card and it just works. I know there’s a difference between the 32GB and 64GB media types but this threw me for a loop. Monome could sell obsolete capacity SD cards at a good markup

For the record, here’s my scientific results. I tried four SD cards.

Here’s some pictures of the markings on the cards 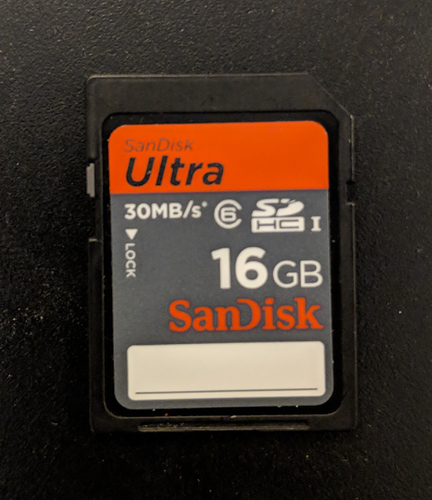 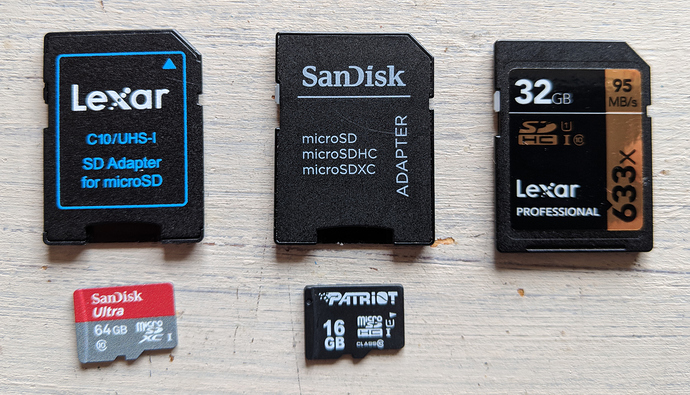