Here is a video of a “granular” scene I made on the Aleph.
It is not at all granular in the sense of granular synthesis: here the visual dots control the pitch of my two oscillators, and the 128 gives me the coordinates of the cloud. I then use the knobs to control the speed of the grains plus the waveshape, distortion and filtering of the sound. 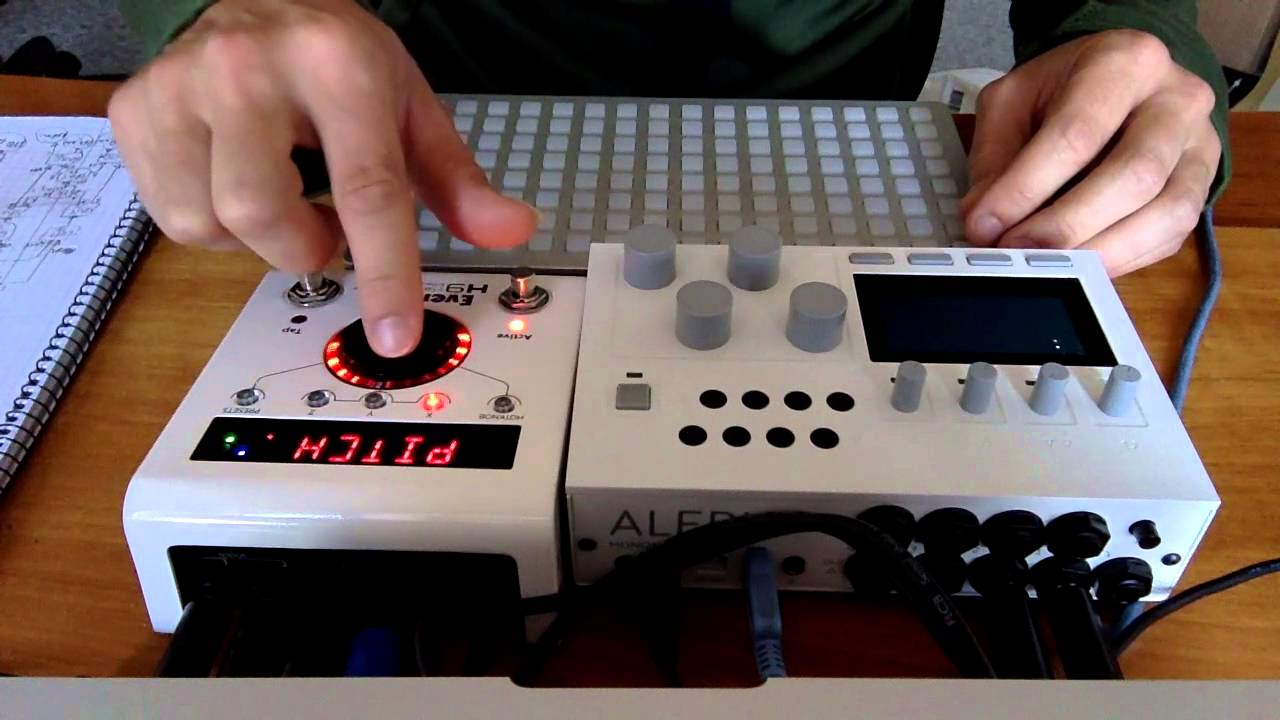 This is still a test, and it’s a very simple patch somehow. I am planning to go further, but will be interested in your comments. Oh, and I corrected the SCREEN operator, so now no issue whatsoever!

nice work! don’t even have an aleph anymore and have watched this with interest. very interested to see where you’ll take this approach.

Can’t for the moment, I made it with a modified version of Bees so that it would appear as corrupt in any other version.
Now Ezra should release a new one very soon, incorporating some of these changes although not all of them. I can explain how I did it in the meantime, and I’ll try and make a new version on the next Bees release.

Basically it’s all about having 2 RANDOM operators driving SCREEN’s X and Y plus the two oscillators’ pitch at the same time. The 128 grid has exactly the same proportions as the Aleph’s screen, so it is easy, using a GRID op, to use two sets of coordinates and translate them into RANDOM min/max values, thus creating a cloud of random pitch (could be anything else than pitch, here it’s for demo purposes). To keep the two sets of coordinates, I use two HISTORY ops and make sure pairs of pushes on the grid only make it to the HISTORY op if they are close enough timewise, using a TIMER op. Not much more there, it is actually a very simple scene still! Hope it makes sense, otherwise wait a bit and you’ll get the real thing.

I have been making many different things with SCREEN lately, from rain drops to chaos, from clouds to defined shapes. It’s actually pretty cool, I am getting close to the point where I’ll be able to put everything together and use it with LINES, and then to control a modular. I find WAVES perfect for trying out stuff like this!