AlgoMech festival is a celebration of Algorithms and Mechanisms in the arts, taking place in Sheffield UK 9-12th November 2017.

65daysofstatic are this year’s headline act. 65dos are known for blending guitars, drum and technology, into huge songs toured tirelessly worldwide and released via 7 albums over fifteen years. AlgoMech will host three premiere shows of their new audio/visual project “Decomposition Theory or How I Learned to Stop Worrying and Demand the Future”. This work centres around algorithmic composition and procedural audio, pushing their sound further into uncertain territory, with every show different.

Continuing the algorithmic theme, the festival will also feature an AlgoRave or “algorithmic rave”. Algoraves are parties where all the music is made with algorithms, live coded by human musicians, with all the code behind it projected for your pleasure, while it is being written. Informally coordinated from Sheffield, AlgoRave has spread into a worldwide movement, reaching 50 cities over the past five years. At AlgoMech we’ll be taking it to the next level with immersive algorithmic visuals, and handmade music-generating mechanical systems and robots mixed in with the algorithms.

Another unmissable event is Sonic Pattern, a seated concert featuring musicians who get hands-on, building their own mechanisms to make other-worldly music, including hacked gramophones and accordions, pedal-power violins and other sonic machines. Leafcutter John will headline Sonic Pattern, with new mechanical work developed in residency during the festival.

See http://algomech.com/ for the full programme, including installations, talks and hands-on workshops. 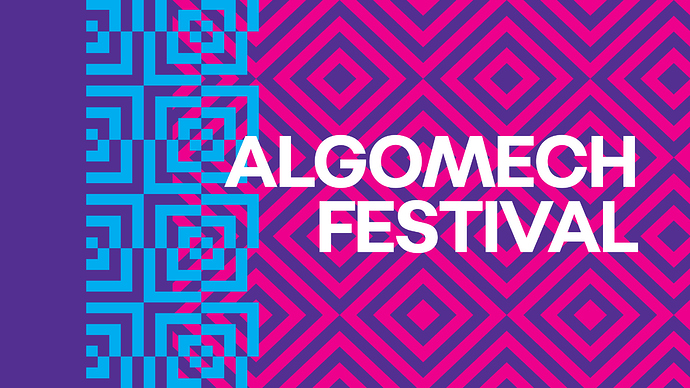 This makes me wish I still lived in Sheffield!