The full album will be available June 5, and the CD will ship the same day. 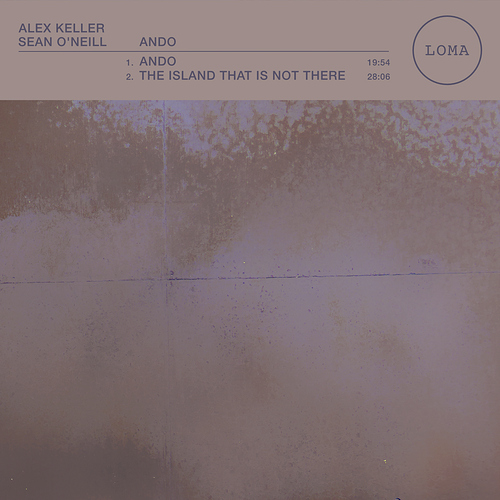 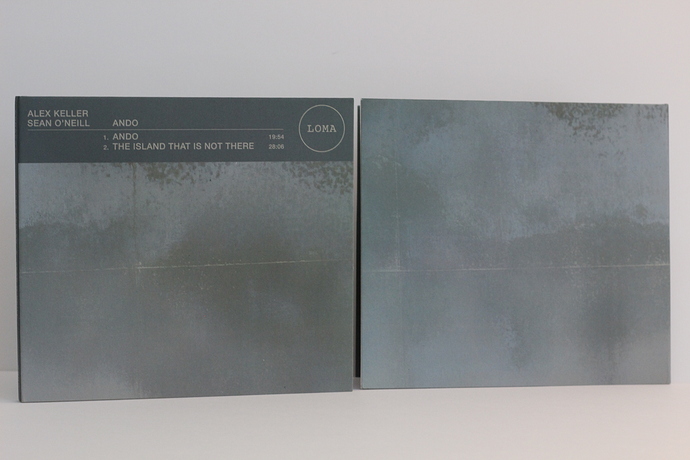 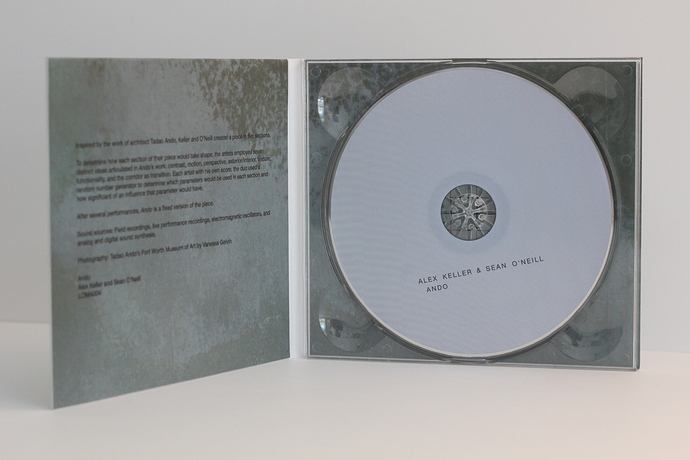 I’m really excited to put this album into the world—not only because I think the sounds contained within it are great, but also because it marks the launch of a project that has been a long time in the making. To date, Loma Editions has issued just three digital releases—all solo works by me (Travis Putnam Hill). But in the coming months and years, Loma Editions plans to publish an eclectic mix of music, visual art, and written works by American, Chilean, and other international artists. As the inaugural public-facing release, Ando represents a perfect introduction to the interdisciplinary themes we will explore.

Keller and O’Neill, longtime stalwarts of the Austin experimental music community, have collaborated in performance and installation pieces since 2015, when they worked together to create a subsonic environment for Christine Sun Kim’s Bounce House and quickly found common ground in their use of repurposed and found technologies. Using field recordings, vintage telephone test equipment, magnetic oscillators, light and space, their work has addressed the agents and artifacts of change in the urban and acoustic realms.

In 2017, following a tour across the American Midwest, a discussion about the work of Japanese architect Tadao Ando led to the development of the piece that would become Ando. Keller and O’Neill created a score, divided into five sections that would take shape according to seven distinct parameters related to Ando’s work: contrast, motion, perspective, exterior/interior, texture, functionality, and the corridor as transition. Using a random number generator, they determined to what degree each artist would focus on each parameter across each section of the piece. They would generate this script anew for every performance, thus creating a unique interpretation of the piece every time.

"Ando,” the first of two tracks on this Loma Editions release, is a fixed version of the piece. The second track, “The Island That Is Not There,” captures a performance, recorded live at Thomas Bey William Bailey’s Third Rail series, that employs a similar methodology. Composed of field recordings, live performance recordings, electromagnetic oscillators, and analog and digital synthesis, “Ando” is an expansive and immersive sonic exploration of movement, space, and form.

UPDATE: Full album now available. All proceeds from sales of Ando will be donated to organizations supporting racial and economic justice.

As a white man, I’ve long had the platform by simply being. I do not wish to continue hogging that space, but like so many others, I would like to do what’s in my ability to aid in the radical change that is needed, even if my actions may often seem insignificant. Clearly, it is well past due that white people relinquish the apparatuses of their power—in the political arenas, in our optics activism on social media, in our places of work, in our economies—everywhere. That, of course, includes the spheres of experimental music and arts.

Loma Editions had planned this Friday to issue the full release of Ando by Alex Keller and Sean O’Neill, which would have entailed some heavy promotion. Promoting such a product now seems trivial.

With that in mind, I’ve decided all proceeds from Ando should be directed in support of struggles for economic, social, and—critically in this time—racial justice.

Such action is but a minuscule drop in the overflowing bucket of all possible steps that I could take toward the just and equitable society we imagine. And being but a small label in the corner of a niche on the edge of obscurity, Loma Editions’ monetary contributions will unlikely amount to much. All I can say is that this seems the only correct course.

So as of right now, all proceeds from Ando, whether through purchase of the physical CD or digital downloads, will be split evenly between the Black Visions Collective (https://www.blackvisionsmn.org/) in Minnesota and the 400+1 Bail Fund (https://reparation.atlas.thrinacia.com/campaign/24/400-1-bail-fund) in Austin, Texas.

There are countless organizations in need of assistance right now. If or when it seems possible to donate to other groups, I will announce that change. Either way, all proceeds from “Ando” will continue to be donated to worthy causes for perpetuity.

UPDATE: All proceeds from sales of Ando now going to the Austin Justice Coalition: https://austinjustice.org/