Andrew in california in august

I’ll be heading in and out of LAX on 8/7 & 8/21 with a couple friends, and we’ll be in SF right there in the middle for sure - pretty open outside of that.

not a tour per-se, but I’d love to play some shows while I’m out if anyone has reqs for spaces or wants to do something together ! already got a special show in the books for LA thx to the lovely @matthewdavid : )

looking for tips on art museums, hiking zones, DIY spaces and the like. might go to the beach, who knows.

could also use some advice re: getting around/eating/sleeping on the cheaper side if anyone has it. the plan rn is to use a service like turo to rent a car (which might beat uber depending on parking costs), find good airbnbs for LA + SF, and possibly stay at free camping spots away from the city. anyone know good travel recipes?

Hit me up when you’re in the Bay Area. I can put together a small show. SF or Oakland. Lots a fun stuff to do around here too.

If I was ever visiting the SF/Oakland area, this would absolutely be on my list of must-visit destinations: https://vintagesynthmuseum.squarespace.com/

As far as LA goes, this is one thing that has always been recommended and will probably be very Andrew-appreciated: http://mjt.org/

I live in Santa Barbara. It’s a smallish beach city 2 hrs north of Los Angeles. It’s a perfect stop between LA and SF. At least we could grab a cup of coffee and at most we could book a small show! Let me know if you’re interested.

bumping since I’m about a month out - gonna try to book a show in LA for the weekend of the 17th - if anyone in the area might be interested in hopping on the bill reach out !

definitely big ups to the museum of jurassic technology recommended above. it’s a staple, and you’ve got to go upstairs and hang out with the pigeons in the garden and get some tea ! other interesting alternative art spaces: the underground museum (not sure what they have up at the moment), and art & practice (really good experimental film and video from the la rebellion - and it’s in leimert park which is a great neighborhood with a top jamaican spot and my favorite bookstore Eso Won). I could go on forever this city is the best, definitely the beach, im happy to give food recs based on your taste and what parts of town you’ll be in ~

my l.a. recommendation is mount wilson. 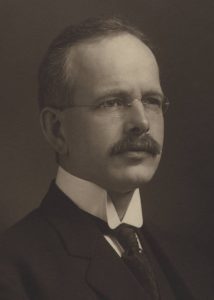 lots of great hikes and views not to mention the observatory. they are doing chamber music concerts in the big telescope as well, though not certain of the schedule. sunsets are amazing…

what parts of town you’ll be in

so far like echo park, chinatown, and downtown vaguely planned. also kind of don’t know what parts of town to check out !

if you go to joshua tree i recommend the Noah Purifoy Outdoor Desert Art Museum, and Pappy and Harriet’s is a great desert spot out that direction too (it’s a restaurant but they have shows and some times biggish names will randomly come thru there). it’ll be hot out there so bring water and sunscreen!

food imo is the best thing abt LA so I’ll try not to overload you too much lol but here’s some areas and places that are top of mind to me:

okay now that i see it all out like that, i realize i look like a crazy person… i just saw someone talkin shit about los angeles on another corner of the internet and this is my way of arguing against that XP

for what it is worth, i love la too

Re: camping in/outside LA. How far are you willing to travel outside LA while you are here? There are first-come first-serve sites in Angeles Forest that are about 45-60 minutes away from Northeast LA. Check out Chilao(nicer) or Henninger Flats (closer).

There are also beautiful spots on the west side in Malibu (Leo Carillo) or Point Mugu, but they do book up, especially on the weekends but these can be 1.5 hours or so from things you might want to do in the city. Some of them have hike and bike campsites, fwiw.

A few more independent art spaces:
Human Resources
Commonwealth and Council
And/Or Gallery
also,
The Hammer usually has something good and is free.

Many people find it a little grating, but the app “5 every day” can give you some hints about things that are going on while you are here.

There are first-come first-serve sites in Angeles Forest that are about 45-60 minutes away from Northeast LA.

was planning on using reserve california for camping spots ? I’m assuming it covers all state parks ? also conveniently not planning to camp on any weekends. freecampsites.net also seems like a good resource.

I’m taking the one btw LA & SF and planning to mostly hit sites along there rather than going directly from LA.

I’ve heard of coaxial & was planning to reach out but I’ll check out the other two, thanks!

Yeah, reserveca is what I’ve used.
Just realized that you’re mostly looking for places between LA and SF. Sorry!

In terms of places between LA and SF, the environmental sites at Montana de Oro are particularly dope and often available. They are a very short hike in but then you’re right on a cliff above tidepools.

It can take a bunch of research but there are a lot of great non-reservable sites, too. So, if you are striking out on reservations, it may be worth digging around to find those spots. Especially if you are going up during the week, you may find some really nice spots. Big Sur, for instance is almost assuredly totally booked by now in terms of what is reservable.

just got back from my trip ! gotta give some shouts to this thread -->

@kin.sventa came through and put together an incredible show at honey hive in SF. we camped a night at Montana de Oro curtesy of @rstn (I even made some field recordings there that I used in my LA show the next day so thx for that!) and I had some dank food at Jitlada and Beverly Tofu from @renegog’s impeccable list though literally I wish I could’ve gone to every place they all sound so good

anyway partner & I are prob moving to LA next year now so hopefully more of everything soon :^)

that was really fun. so glad i got to see you live.really amazing live set. ive been using your devices like crazy since!