I’ve put a lot of time into creating a program for grid 128, arc 4 and SuperCollider. It’s called Animalation and it’s a live sampler with pitch control, mlr style loop triggering and recording, pitch shifting, fm, loop start and length control and a filter.

I have it on my github here: 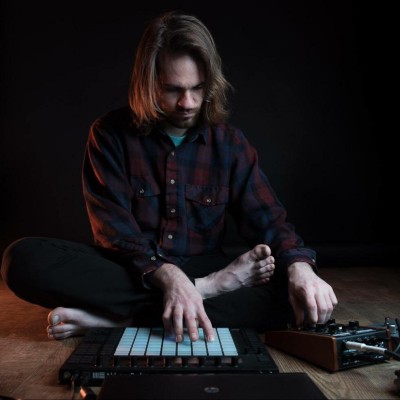 I’m looking for some help with beta-testing, seeing how it works for other people on other systems. I know it’s a pretty specific set of requirements, so I appreciate anyone that’s interested. If you are new to SuperCollider and need some help feel free to ask.

There are readme instructions, I have no videos right now.

The biggest issue I have right now is the timing of the trigger recording playback is not too accurate. You’ll probably see what I’m talking about.

Anyways, thanks to anyone who is interested in helping.

I’ve included the correct folders and launched your app. Now I’ve hit a roadblock cause I’m not seeing “Device connected on port:” in the post window…any suggestions?

Instructions seem pretty clear so thanks for sharing

Very nice! I stumbled upon your video a while ago.
Here it is for the forum:

Assuming everything is fine with serialosc, either the monomes weren’t added at the correct time or SC can’t find the monom classes.

The steps that should work:

Technically you could plug the grid and arc in after you start supercollider, but you would need to recompile the SC class library to show the info on the devices (and maybe to have them work at all). Recompiling is simple, there’s a menu entry or a keyboard shortcut (on GNU/Linux I believe it’s control-shift L)

If none of the above works then supercollider can’t find the monom classes. With that you need to go to edit > preferences > interpreter, and then add the monom folder to that list (if you have never added anything before the list will be blank). After you add the folder you can either close and reopen supercollider or recompile the class library.

Let me know if you still aren’t seeing that message.

It’s working and I love it. Will mess with for a few days and report back

waiting here for this “Long-Term Goal”:
Create version usable without the arc 4.

The functionality the arc offers isn’t necessary. It offers filter, fm, and sample length/position controls as well as volume. So in theory that should be a pretty easy goal to hit. However I believe that if you simply ran this program without the arc it would not work (believe it or not I’ve never tried it). I have some ideas for changes to this already so I will priortize adding an option to not use the arc.

This is great. I spent some time this summer getting the PUSH2 to work with SC3 [beta testing]
I would love to try this tomorrow/this weekend and give you a report.

I edited the program so you can use it without an arc 4. You simply set an option in the user options area to disable all the arc functionality. It would be nice to add some other functionality to replace it but I am not there yet.

I also added a feature so the volume mixer can remain open without having to hold the two arc selection matrix buttons. You can set how long it takes for the holding action to engage in the user settings area.

Do those methods not work with your particular grid model? Maybe try writing a short script to test out those particular methods with your grid. Using the SuperCollider grid studies code is a great way to get started.

Make sure you change your device numbers in the user options area…the leds should all light up right when you run the program.

i am using grayscale 128 – it isnt varibright, so no intensity/led level.

i modified some supercollider grid studies sometime ago, changing levset arguments for ledset
( see http://archive.monome.org/community/discussion/comment/213275#Comment_213275 )
but you are using levmap also… 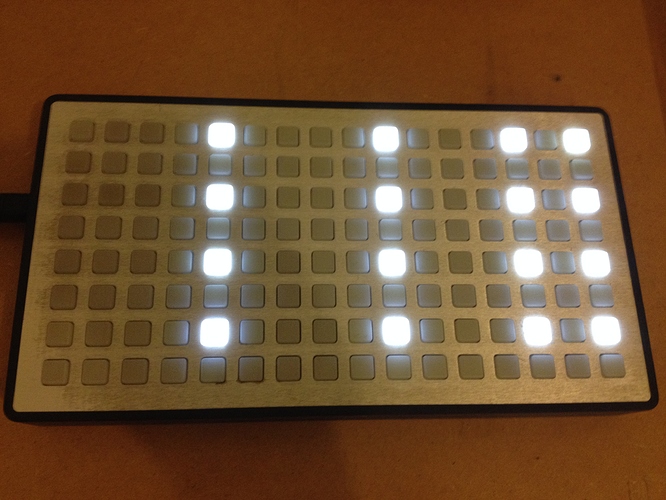 dont you have an older monome to try?

thanks for pointing this out!

I don’t have an older grid…my 128 is the current (2016) model with variable brightness.

With this program I used the variable brightness to show some “contours” between buttons that are right next to each other. For example, the pitch buttons go unison, a fifth, and octave, an octave and a fifth…and all the fifths between the octaves are dimmer. What I’m getting at is, it’s not going to be quite as pretty without the variable brightness!

I’ll look into this though when I have more time and try to make a modification.

is there something that just work with varibright?
on your video it seems that varibright makes the patch pretty, but it could work if all the messages are on/off, working with grayscale and older models…

I’ve had an internet nightmare at my home so i apologize about not reporting on this yet. My LL died and our complimentary internet went down and we are not sure if it’s a billing thing or a fiber replacement issue but i am unable to use internet as i would like at home and it’s making communication when i am not at work difficult and it’s advising/midterm time and i am overbooked.

Sorry for the Tyranny of busy whine. I have an appointment with Optimum this weekend, the only issue i am fearing is that they will need to mitigate the dwelling and as the LL is deceased i am gambling

Let me know if it’s working for you plus any ideas for how to improve the layout with only led on and off.

In the varibright version, I used the different intensities to show where different features were located, so without it definitely looks bare.

For anyone looking for sound examples I have some up here:

Also here is a video of a performance where I used Animalation:

Forward: Normal playback behaviour.
Reverse: Playback from right to left.
Drunk: Randomly move one step left or right, or stay still.
Random: Jump to any position in the current loop.

if you could add drunk and random playback styles would be great!

anyway i really would like to thx you for supporting old models and sharing this with community!

I finally created a tutorial video covering the basics of using Animalation. You can watch it here:

Also @igormpc I changed your number one suggestion. The led scheme for non-varibright is very bare now. The number two suggestion would be a lot more difficult. A) it would be tough to find space for this functionality with the current interface B) the lights in the play row are just rounded approximations of where the current play position of the sample is, so it’s more complicated than just counting 1, 5, 4, 7 instead of 1, 2, 3, 4.