Ansible Kria Scene save. Be careful

Ugh! I just lost a day’s work on Kria with a knee jerk brain fart. I knew it was happening as it happened but it was too late. I’d been editing Scene 1 all day and decided I’d better back it up save it and back it up and before you know it I’d saved Scene 2 overwriting scene 1.
I was at fault, of course. The system is clear, however, maybe it might be better if a two finger action less prone to dyslexic type moments, like this one, was needed to overwrite a scene rather than just save?

I was having the same finger fumble myself yesterday. I did it three separate times, actually.

Oh man that’s a bummer! I’m always super paranoid when it comes to saving scenes on ansible. I find myself chanting “read, write” over and over and moving my fingers back and forth over those two buttons until I have triple confirmed that I am about to press the right one.

Oh, you know what? It’s not scene save that’s biting me, but rather pattern copy/pasting. I find myself doing it completely unintentionally frequently. Might have something to do with the fact that I’ve yet to want to do it intentionally and have no idea how to do it. Wasn’t able to see anything about pattern copy/paste in the docs either.

But three separate times yesterday I was playing with multiple patterns on Kria, only to eventually think “hey I thought I changed that pattern” only to look and see that somehow I had made all of my patterns identical. I’m just assuming it was a copy/paste finger fumble, but I don’t actually know how to copy/paste patterns.

That’s what I should do!

the design pattern is taken from car stereos:

hold to save
touch to recall

and yes it’s prone to mistakes, but also becomes quite fluid after practice.

Upon further thought I think if the necessary hold could be longer it might be less prone to the type of disaster I just had.

Realizing now that I was confusing the topic. I was actually referring to the trouble I sometimes get into when saving presets in ansible’s arc modes and the process I use to help remember what button I want.

The current grid based preset saving design works well enough for me - tho I do occasionally load a preset when I meant to save one. Perhaps a double press to load could help? Some light flashing to indicate you are about to confirm a decision?

agreed. maybe on read/write, a big W or R appears on the right half and you have to push it to confirm?

or maybe a down/up arrow is prettier? icon suggestions?

up/down might be easier to render in a legible way

The logic of the existing system isn’t being questioned by me. It makes sense. I just don’t always think straight. And those of us who are some what dyslexically (sp?) challenged do occasionally do the opposite of what we are thinking. I, for example can drive a car pretty well, but I cannot properly manoeuvre in reverse using mirrors. I no longer attempt to reverse down alleyways, it always ends badly… so yes, some sort of 2 step system with confirmation would be helpful to me, if there is any chance of losing or overwriting. At risk of overloading you with information pertinent only to me I would add that somehow or other, my brain is quite happy and comfortable with the pattern recall and saving system. I think, maybe because the screenset doesn’t change and I can see that the button I just long pressed is the one that’s lit. With the current scene save system, the screen set changes and as most scenes look like one another there isn’t the reassurance factor that my fragile psyche seems to need. Also, there may well be times when we want to save but not interrupt the current pattern playing…
What would be great, it occurs to me, after all this typing, is some visual verification of the current scene so that one can tell which scene one is working on, without leaving the pattern programming pages…
Sorry…

You mean as in downloading from and uploading to…?

I like the idea with an R / W to confirm!

S / L (save / load) would read cleaner on the grid. i realize this adds new terms since you’ve consistently used read / write.

either way, +1 for some sort of double confirmation. this would be appreciated in arc modes as well, though i don’t have the UI solution at the moment.

I think keeping it consistent is better design and prevents the user from making stupid mistakes. I did not dare to complain about it by now but me too has lost some nice work instead of saving it. 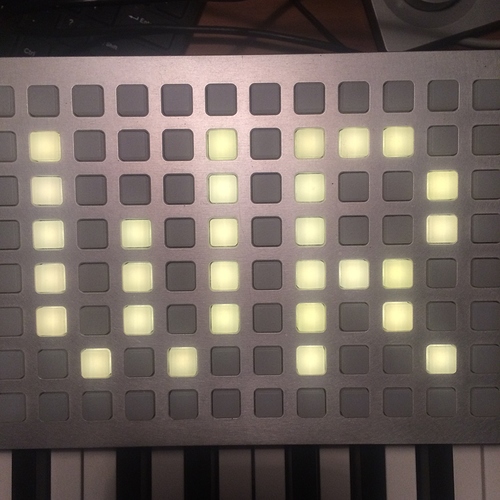 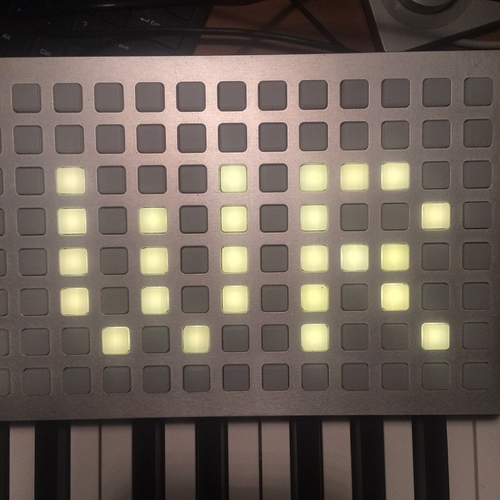 +1 for the W/R. I’m also the kind of guy that has quite often now saved over stuff… really would love to see the W/R!!! or S/L or arrow down/arrow up, as long as there is any logic I might understand behind it…

Hey all, newbie here. I’ve got my recently received Ansible /128 grid running kria/Grid and I’m not getting a blink when depressing and holding pattern 1 down. I’ve tried it for say 5 seconds. I confirmed the pattern didn’t write after powering down and back on. Any suggestions appreciated?

I am having the exact same problem. Did you ever manage to get it solved?