Nice! Is this all for the Kria App, or are other apps also included in the added functions?

Is this all for the Kria App, or are other apps also included in the added functions?

All apps should work as I2C leaders, respect tuning tables, etc. This should include MIDI modes, which should now use customize tunings if you have programmed a custom tuning to correct for Ansible DAC offsets, and should allow you to e.g. play Just Friends or W/syn with a MIDI controller, though I have not used this nearly as much as the grid apps.

I apologize that I have not been terribly responsive to a lot of the firmware discussion of late. There are a lot of demands on my time the past few months but I will try to answer questions and address bugs as best I can. I can also convert firmware .hex backups to USB-loadable .json files for anyone who’s unable to update without losing presets due to the USB preset bugs that are (hopefully) fixed going forward.

Thank you for clarifying this. And also for all the work with the firmware!

I only uste ansible with teletype and was referring to the other features beside i2c connectivity. Though I mainly was confused at the fist look and now see that tie and metafunction are kria specific. And do not relate to the arc apps and meadowphysics. So it was a stupid question I could have answered by myself with just a closer look and second thought.

more stable USB backup and faster grid / arc connect sounds great and hopefully will be able to update on the weekend.

My favourite sequencer just gets better and better

It’s seen every imaginable sequencer vanquished- even last night I thanked monomes for this gift of an instrument:)

should allow you to e.g. play Just Friends or W/syn with a MIDI controller

Wow, this is something I’ve been looking forward to for a long time!

I checked the docs but they haven’t been updated yet. How does one put Ansible in leader mode and select JF/ W/syn with a midi keyboard connected?

It’s in the Advanced Section of the docs

Thanks for the update!

I’ve updated just now and the process seems to went good, but my Ansible doesn’t emits signs of life and it doesn’t even power the Grid no more…

Thanks, I went through that before posting and it states that the grid is the only way to set leader mode, which got me confused. So I am assuming that I’d have to set leader mode via grid first, unplug the grid and then connect a midi controller…

misplaced the A to A cable to perform Ansible updates, is there anything special about it or will a replacement A to A off of Amazon be fine?

(this is from modular firmware updates | monome/docs)

thank you thank you.

Is there a draft guide for the ii leader mode and follower configuration view to change parameters for Disting Ex, W/syn and Crow? I can’t seem to find the info anywhere

Yes, I believe any USB A to A data cable will be fine

I get the following message when running ./update-firmware.command

I thought I was successful in stepping through the process for linux on the modular firmware updates page, but I am unsure how to confirm it. Any advice is appreciated.

Is there a video walkthrough somewhere or a step by step walkthrough (besides the one on monomes page) I don’t seem to understand the CMD prompt part of the install and have been butting my head against the wall for an hour trying to figure out how to get this updated.

Specifically I don’t understand this part: cd to the dfu-programmer folder and execute the following (replace whitewhale.hex with whatever firmware you’re updating)

It depends on what kind of computer you’re using, but they all have some variation on a terminal or command prompt, all of which support the cd command (short for “change directory”).

For instance, for me on a Windows machine, I keep my firmware files in a folder like C:/Users/csboling/monome/dfu-programmer, which is where I have the dfu-programmer.exe program used to reprogram modules. When I have an ansible.hex file I want to load onto my ansible module, I open a command prompt†, which when it first launches is operating in my home folder, C:/Users/csboling. From there I can use the command cd monome\dfu-programmer to “cd to the folder” where my files are. Once the command prompt is looking at the right folder, I can execute the dfu-programmer at32uc32b0512 erase command and so on from the update instructions.

On an Apple machine the process is fairly similar, except the command prompt application is called “Terminal” instead of “Command Prompt”, and uses a different folder structure, and so on, but the cd command works the same. I think the update-firmware.command file included with the download along with the ansible.hex file is intended to allow you to just double-click the file to execute the firmware update (assuming you already have dfu-programmer installed) because Macs will recognize that files with the .command file extension are intended to be run as a set of Terminal commands.

† On Windows you can open a command prompt by:

going through kria doc updates with @mattallison’s fantastic help and we can’t track down the functionality of the two new toggles on the config page: 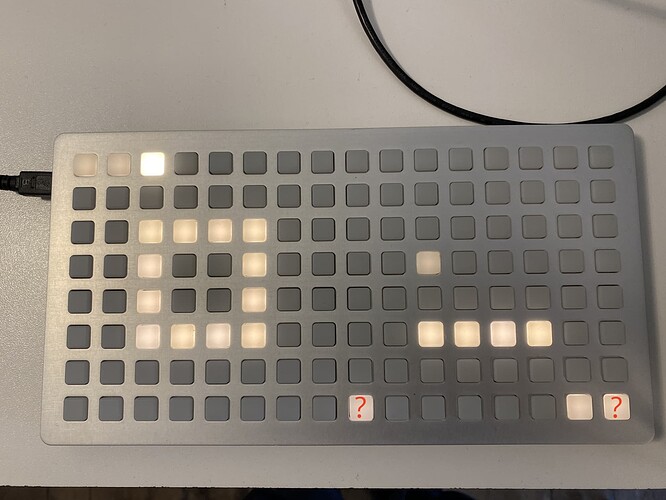 are these related to the new note + pattern options?

thanks all! this is the last little bit to clarify before a very nice™ docs update from matt!