i am still as shocked whenever i put on Gabor Lazar’s ep16 et al, these timbres are both super complex as well as enticing to my ears. I am also quite curios how one would go for these kind of sounds and would be happy to discuss any synthesis techniques/tips.
My best bet is some form of additive synthesis but i can’t quite put my finger on it on how you would patch these things up in pd or similar.

You might find some inspiration in Mark Fell’s thesis http://epubs.surrey.ac.uk/804661/, discussed in this thread: Pattern Synthesis. With that said, I’ve got no idea if Gabor Lazar is using similar techniques to Mark Fell or not.

Oh wow. Either way this seems like a great read, thanks a lot for pointing it out.

Don’t know the technique exactly, but I had a conversation with Gabor regarding his process a few years back, and he told me if I recall correctly that it was a combination of Reaktor (sound) and MaxMSP (sequences). In other words, quite complex…

Reaktor for sound. Max for sequencing. I think the Reaktor synth being used is either LazerBass or Razor. The actual note being played rarely modulates. I hear mostly one note vamps with variation in duration and velocity. Timbral complexity often sounds like it’s linked to duration and/or envelope rather than to, say, free running LFOs.

Razor seems like a good bet based on the ability to sync multiple modulation sources to the beat across multiple parameters that can effect the timbre etc.

I think GRM Tools could also get you close, https://inagrm.com/en/store

I hear the additive synthesis nature of Razor (or Harmor?) in Gabor’s sounds. Odd placements of sine partials that don’t line up to create conventional timbres (e.g. saw, square, triangle, etc), but yet are designed to still sound pleasing.

I regret pointing at new gear that hasn’t really materialized yet but I saw Xaoc Devices throw up a Modulargrid page for the new additive synth yesterday. I have to say it has me very interested. Might be in a similar vein to what you’re discussing: 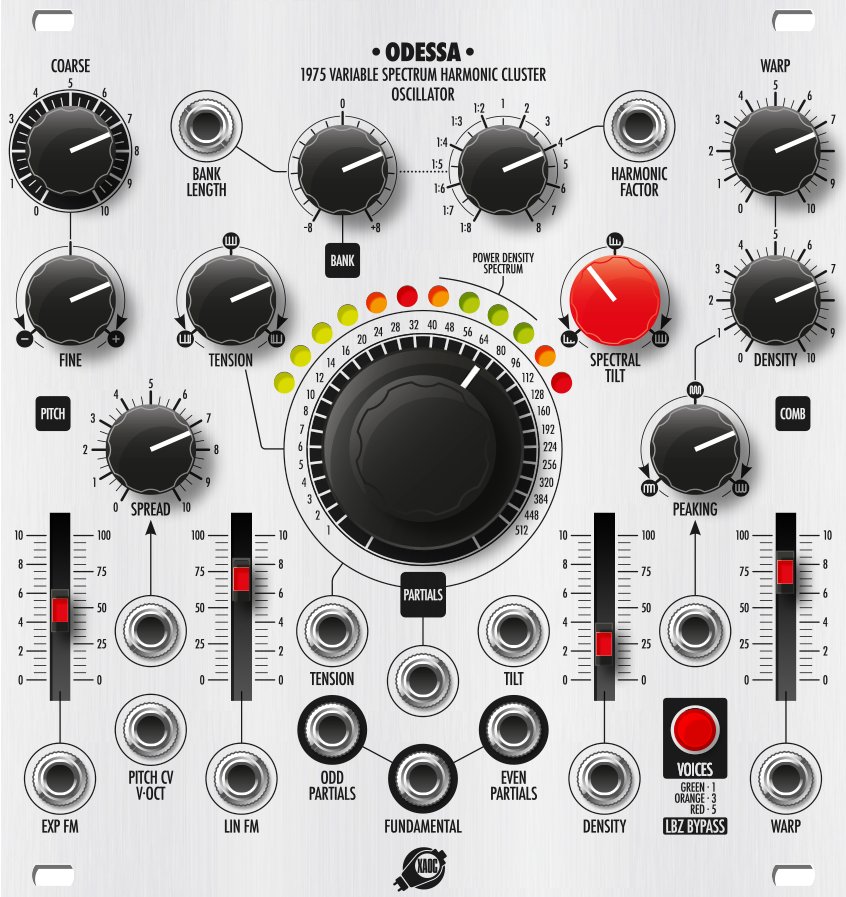 Thanks everyone for the great input. I am going to look a bit deeper into razor, Although i remember it leaning more towards “conventional” synth sounds, although brilliant sounding.
The Xaoc module looks crazy, demo seems promising as well, might take a while until its release though.
In the meantime i will try fiddling with pure data as well. I found a lot of good entry points for additive synthesis in pd but, like so often with pd, not a single fleshed out patch.

since we’re currently talking Gabor Lazar, I figured I’d drop a link to his new (came out yesterday) album in here https://boomkat.com/products/unfold-f3204042-7ee1-4c44-a15c-acf02adefbf1

Super good, probably my favorite of his work so far. A bit dancier than previous releases, but also just more fully realized tracks as opposed to more art / sound design pieces (which I also loved

The process I envision is, take drum sounds, do a very high-resolution short-time FFT, throw away phase and resynthesize.

You may be aware, but this is how 'PaulStretch" works. Of course in Paul Stretch the sample can also be stretched in time, by repeating the processed segments, but that isn’t necessary. The nice part about randomizing the phase of a sample and doing the inverse Fourier transform is that the resulting waveform will perfectly loop.

ive been thinking about Mark Fell/Gabor Lazar sounds a lot lately, as it’s often what i listen to when alone.

it kinda sounds like shepherd tones thru quick vca’s, with variation on gate length, envelope decay/attack, and small timbral shifts, but not many. they both use that kind of 4-on-the-floor kick-style pattern, and regulate between open sounds and almost-closed ones.

i believe you could emulate this sound very well with a telharmonic. i wasn’t into that module a whole lot except as weird high hats. i couldn’t sequence it well unless it was alone…but i do miss it a little.

i think max/msp would be an easy way to mimic this sound. i actually will admit this track i recently made was greatly influenced by mark fell. i used the music thing chord organ and a maths, with a pamela’s workout to alternate between multiplications and divisions of the beat, but only affecting chord stabs.