No worries. Good luck with norns!

just made this to learn / explore two mangroves as a complex oscillator. live sampling with norns mlr too.

This is pretty spectacular. I’m really curious about your signal routing to and from the Norns … you strike me as someone who will enjoy the BEEP out of Crow when it surfaces.

thank you! yeah you nailed it. the “something” is a make noise sto. wanted a nice clean sine wave to compliment the growling mangroves. this performance is basically

i’m really new to modular. wanted to make a simple, tactile and fun instrument with a focus on live performance. thinking of adding an es-8 to my lunchbox in order to use this setup with vcv rack in the studio. although i’m waiting to see if ( and really hoping ) crow is a cool alternative to the es8 as it was stated that “norns and other computers” could use it to speak cv.

ou strike me as someone who will enjoy the BEEP out of Crow when it surfaces.

haha you are so correct. my signal routing with norns is a series of workarounds at the moment. the output of the modular is going in to my audio interface and then in to norns. in this video for example, each of the three voices is going in to ableton on their own separate track, then out as a stereo pair in to norns. data sends clock to ansible and i simply hit mlr on the downbeat to be in sync.

I made a simple 3d printable travel shell for my norns. It has a notch for the USB dongle as well. Just use a rubber band to hold the shell on. The angle on the case allows it to double as a little angled stand. 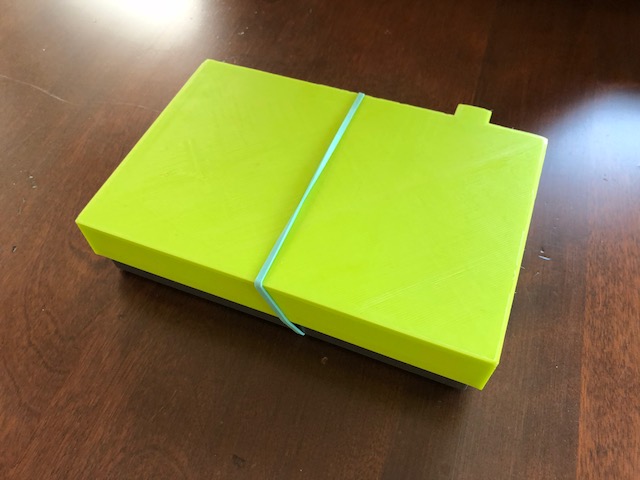 My norns arrived earlier this week, had to pick it up from customs office, too much to do at work, so no time to play with it.

What can I say? I am amazed by how small it is, by the way it feels, and how quickly time flies just by playing with the first script AWAKE. The focus these minimalistic controls on this comparatively small screen give to the actual music I hear & make is just great.

And the best thing: When I stick to learn Lua, I can modify this script and add the functions I would like to see.

Very thankful to @tehn and all other contributors for creating this fine piece of craftmanship, technology, music, education and empowerment.

It’s here! Together with replacement buttons for my grid which is now reborn and so much responsive!

I have a question about norns: what’s the best approach to feeding effects out of the main out and back into one of the inputs? Currently trying with some guitar pedals but the processed signal is barely audible before going into feedback. I assumed the AUX params would let me configure ins & outs for this.

I assumed the AUX params would let me configure ins & outs for this.

go to the LEVELS page (KEY2 from HOME) and turn up MONITOR (ENC3). keep in mind the in/out on norns are standard line level.

I did this today as an experiment. I’m using 1 step of each of 8 channels of foulplay sequencer clocked at 480bpm. Each “drum” channel has a different drum sample set to loop, plus a bandpass filter - 8 bandpass filters. Each slider moves the sample start time. The knobs change the filter cutoff of each filter. It would be a great addition to have 8 pingable bandpass filters triggered by semi random gates. I can’t seem to assign the same cc to multiple destinations as Norns seems to choose 1 only. Also going into audiorates with a higher bpm would be useful also so I can use the sequencer as a wavetable synth modulated by probability of the gates.

I’m freaking out about my workflow with these scripts right now. Sorry, software is my living and I just can’t help it. I searched and it didn’t appear to be addressed anywhere, but maybe I missed it.

I really want to be able to fork the repo, add my folder and add files to it, then sync that whole thing to my norns, or clone it locally and do the usb sync thing. The problem is some of my noise doesn’t belong in the monome repository. Like the stuff I record in /tape. So every time I want to consolidate what is there with what I have locally, the git status shows a bunch of stuff that doesn’t belong, or is half-baked.

I think this might be as simple as adding some folders to the .gitignore file. I think /audio/tape/* should probably be in there so everyone’s recordings are ignored unless they’re moved to a named folder or common Maybe also folder under scripts called or /local or something like. That you can make all kinds of noise there in your own space and it won’t be hard to do fork/pulls without sorting stuff.

Anyone else already worked out a workflow for this that works for them?

The gitignore seems like it could be done right now but the /local would need some extra navigation work?

First time ever I made music in our garden.
Thanks to norns. 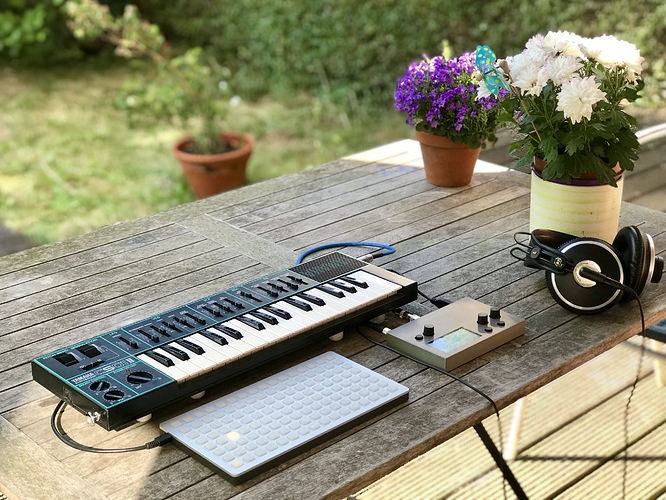 Take a look at $GIT_DIR/info/exclude. This is what I use in dust to ignore /scripts/<me>. I haven’t yet worked with audio so I’m not sure whether or not files stored there are nested in a way that is convenient for a bulk exclusion, but you could always exclude single files.

For in-progress engines I admit I’ve just been leaving them there & not ignoring them, I guess I’m more used to dirty git status output

Edit: Also I wonder if these should be moved to the norns: development or norms: dust thread(s).

Oooh Cs-01! I had one when i was a kid and gave it to a friends band in the end before I knew synths

Wow, this is very lovely! Matches the setting.

I’ve been reading this thread sporadically and am keen to try out a Norns, but have no Grid, is it pointless to get a Norns with out a Grid?

I don’t have a grid and still get a lot of use out of norns. two things:

it really depends on what attracts you to this…is it a video that includes a grid?

more importantly have you tried supercollider and lua before? are you planning to write your own scripts?