Are some sounds impossible?

Have you considered impossible sounds? I am not sure what I mean exactly (please think with me), but I guess for the sake of argument and for thinking through this, a productive meaning of “impossible” could be “sounds I cannot make with my current equipment”.

Sound synthesis, of digital or other kind is very powerful and I think a fundamental shift has occurred in human history with it. But it must have limits right? Where are those limits?

What comes to mind are sounds which extend beyond the frequency range (my LFOs go really low though, but >20k), and sounds which are low or high in volume. And maybe sounds that are longer than my battery lasts, or whatever electricity system feeds my devices.

My gear is an OP-Z, which has four tracks for a dozen or so digital synthesis engines plus two effect channels with half a dozen effect engines plus amp, compression and a tape delay. While this can do a lot (also there is sampling), this is clearly limited. However, I have SuperCollider on my computer and will soon be running it also on monome norns once I get soldering done, so this raises the surely megalomaniac question if any sound is impossible at that point anymore.

Nothing synthesized can compete with a decent recording imho, ill take a contact mic on a wire fence vs random lfo’s, convolution and resonators any day of the week.

This is an interesting thought experiment.

It also makes me think of this great article by F. Richard Moore that sort of takes a tour through the history of computer music via each period’s dreams and imaginings: http://beausievers.com/bhqfu/computer_art/readings/moore-dreams_of_computer_music.pdf

The promise of electronic / computer music is basically that any sound that can be heard is possible to synthesize, if only we discover the means to do it. Of course in practice this is incredibly hard and a huge, complex topic that has driven sound exploration from the beginning – not just toward new unheard sounds, but also reproducing what is already in nature.

It’s a project that probably has no end. I can’t imagine a methodology that could encompass the entirety of known and unknown sounds without resorting to a full-on science fiction disconnect, maybe some form of life millions of years evolved in the future like an Asimov story would have the appropriate mixture of technical and creative skill to do something like this. Still, that’s fun to think about.

Jliat’s All Possible CDs also explores this idea from the perspective of digital audio specifically: http://www.jliat.com/APCDS/index.html

Not sure how relevant this but the first thing that came to mind:

I think some techniques, such as those pioneered by Xenakis and furthered by folks like Curtis Roads, were born out this question and made possible by computers. Pulsar synthesis and granular synthesis being 2 examples.

a productive meaning of “impossible” could be “sounds I cannot make with my current equipment”.

Probably worth mentioning that most of us utilize recorders and/or samplers which are capable of recording sounds we hear out in the world, so I’m going to take all recordable sound as “possible” for these purposes. Of course, a recording of a sound is different from the sound itself, in the same sense that the word “tree” is kind of like a picture/representation/symbol of a tree rather than a tree itself. So all sound recordings must necessarily fall short of the sounds themselves in terms of approaching truth.

In the realm of synthesized sounds which do not or cannot occur in nature (as far as we know), I tend to believe that our ideas of what sounds “are” and “can be” are limited drastically by the sounds we have heard so far in our lives. The possibility space of sound is limited to what we have heard, as well as the extremes of pushing discovered synthesis techniques as far out as they can go. If it’s never been heard before and it hasn’t been capable of being created before, our imaginative sonic space in our heads does not, and probably cannot, include it. That doesn’t mean that it can’t potentially exist, however. This is an optimistic view, because for me it means that there are MANY currently ‘impossible’ sounds which would probably completely blow our minds if we heard them and had access to creating and utilizing them. It could very well be that we are primitives still existing in the early age of sound possibility, with woefully limited minds incapable of conceiving what others will take for granted soon enough.

I don’t think I’ve ever heard anything in my head that I feel couldn’t be synthesized to some approximation of accuracy. When I was in high school, I was constantly “hearing” sounds in my head which I had never heard before in recorded music, even adventurous electronic music. But now that I have explored synthesis for 2 decades of my life and have accrued a lot of wide-ranging tools for synthesis, I am fairly certain that I have at least some promising starting points to pursue generation of any sound I “hear” in my head. And to be honest, the older I get, the more I suspect my brain plasticity limits the possibility space of that which I hear in my head. Some people might be fooled into thinking that because they can synthesize any sounds they hear in their head given enough time for the task, they can synthesize any sounds at all. But it’s pure fallacy and hubris to believe so. The problem is that you’re starting with a sample set that’s already limited because that’s the way our brains work - they ruminate on what they’ve experienced, and then create a space for those experiences and all potential combinations of those experiences, and then they live within that space imaginatively. But that space will increase, and indeed has increased for people throughout history.

Today I will create an impossible sound.

Perhaps also the sounds of extinct creatures, or ancient landscapes, where we may know certain aspects of the anatomy of creatures but not exactly how they looked or communicated.

Also, anything exploding in space makes an impossible sound.

I don’t know about impossible but the realm of undiscovered sound must be absolutely vast.

The All Possible CDs is from what I can tell the same concept as Louis Borges’s invite library in Library of Babel, and can be enumerated. This work is built on Deleuze however, thank you.

Fascinating though I am not sure I understand. Would you by any chance have one at hand?

Haha totally. Many of us are working on it, chipping at the problem¹ one sound at a time.

He goes into the difference between that and the library of babel, I don’t quite remember what said difference actually is

can’t think of an example so I drew one

But it must have limits right? Where are those limits?

We are not even scratching the surface of all the possible aural experiences. In next centuries we will explore the vastness of the space and time trough the sound more than any other human sense.

Thank you, this was a moving reply. I once attended talks in connection with an art exhibition of Jakob Kudsk Steensen’s work Re-animated based on song of a now extinct Kaua’i ʻōʻō bird. 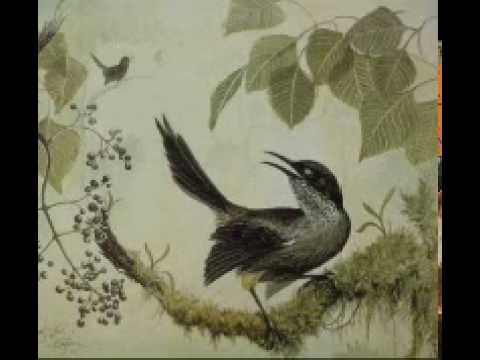 One of many internet rabbit holes.

Both @naxuu and @Cementimental point at sound as a time-based phenomenon, either as what has been experienced individually or collectively, or as sound is represented as waveforms, mimicking their as physical vibrations in time. There is some deep questions lurking in here… There are of course questions of definition, such as what is a sound, an arguably continuous entity, and of course what and for whom is impossibility.