Augmenting your electronic instruments and controllers

Teenage Engineering has some cool stuff for the OP-1 with their accessories kit, but you don’t see too much of this in general. 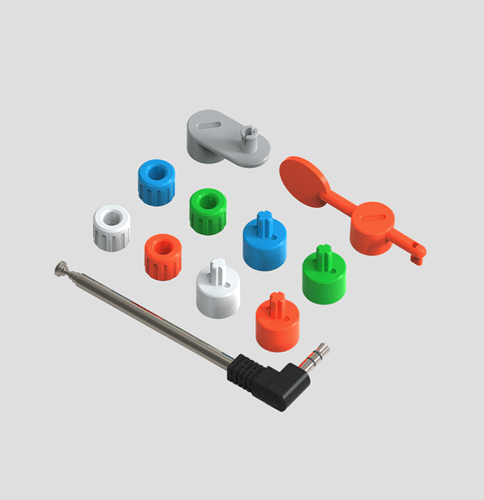 This could be a thread for that kind of stuff!

First, my contribution creating a 3d print for using an arc like a turntable/controller: 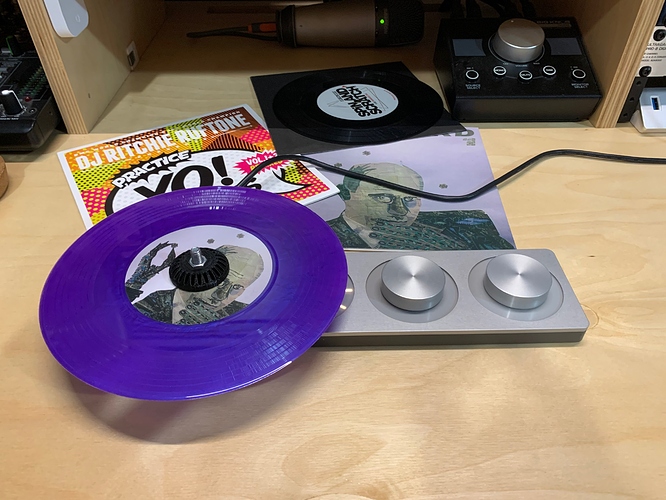 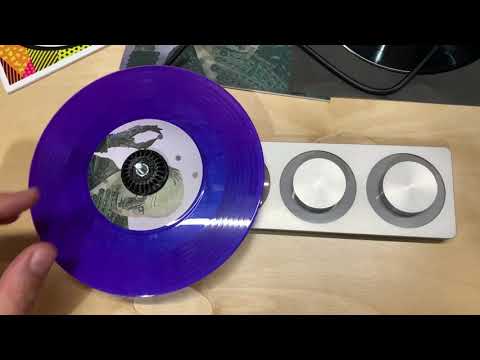 After spending a bunch of time digging into turntablism/portablism in a kind of funky way (Kaizo Snare), I’ve had it in my mind to get into some digital turntable control stuff. I’ve eyeballed the Ms Pinky stuff for years, but given how nothing has been updated on the webpage is years, and I never got a response back when emailing them years ago, I’m sadly chalking that up to abandon-ware at this point.

I got to thinking about having something like an SC1000, but just using it as a controller (somewhat inspired by @okyeron’s experiments down that vein on Instagram) and remembered that I have a really high resolution encoder that sits on my desk all the time.

A few iterations later and I have this: 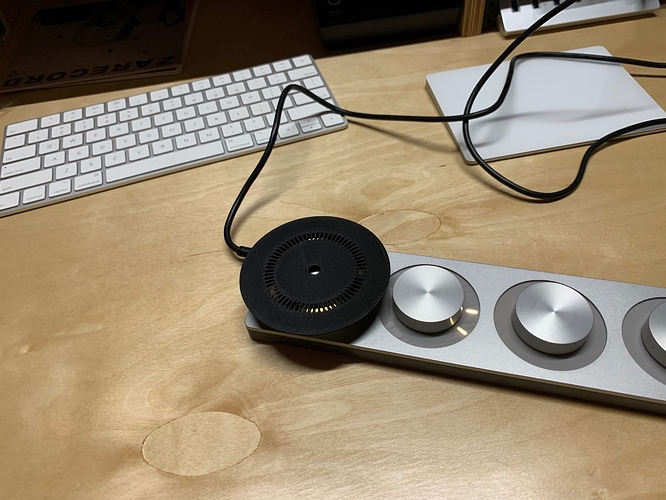 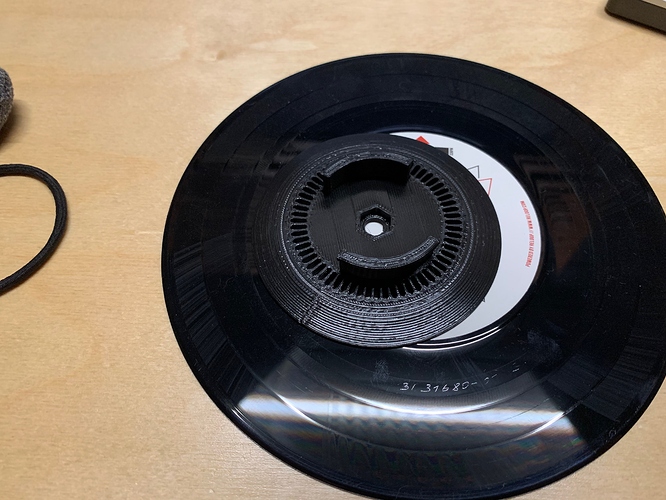 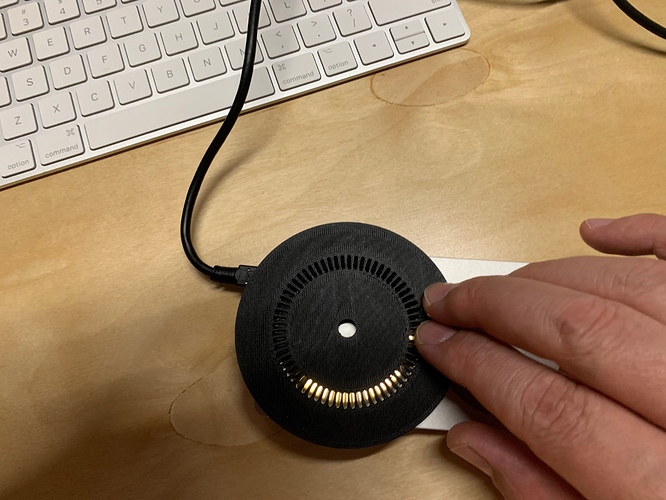 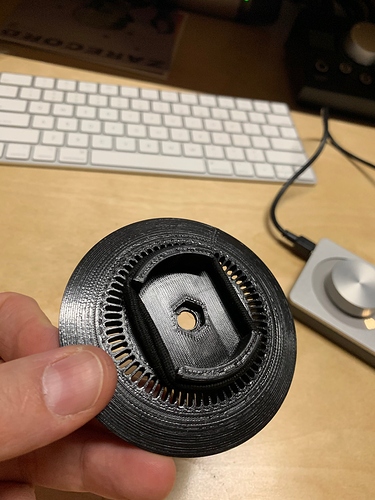 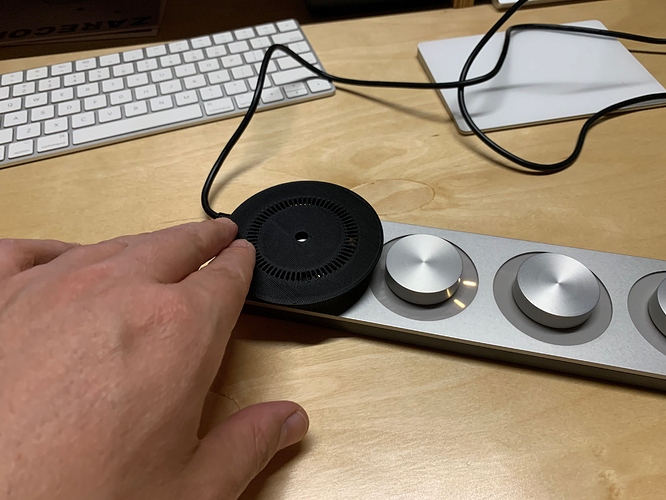 I’m still tweaking the tolerances and dimensions a bit, but the idea is that you can use it ‘as is’ as a larger platter for any arc encoder, with little cutouts for the LEDs. In the video I didn’t setup any LED feedback, but you can see in the pics how the LEDs still shine through if you’re using it as a simple encoder “hat”.

Then there are a couple options if you want to use it with a 7" record. You can put a bolt through the bottom (all the ones I had on hand were too long) and screw on a top piece to keep it secure. So kind of like a 45-looking thing.

Or you can put a nut in the bottom of the hat and screw a (short!) bolt in the top so it looks more like an SC1000. That’d be more of a permanent 7" hat setup where you don’t take the record on or off.

The print slides on easily and still grips it well (surprisingly). I’ve designed it in a way where there’s scrunchies underneath to kind of hold on a bit better, but it seems unnecessary really.

Once I get the design just right, I’ll throw it up on Thingiverse. I’ll probably make a patch that does something interesting with this, particularly since you can get two 7" on an arc 4 (one on arc0 and one an arc3), but it should work perfectly with all existing arc apps (where this kind of interface is used). From the looks of it @okyeron is working on something that this would be perfect for as well.

Hi @Rodrigo, would you mind sharing your patch for the Arc “turntable” ? I’m very much into these types of research nowadays.

Here’s the patch as it was in the video above (I’m pretty sure):
turntable test.maxpat.zip (6.8 KB)

I’ve been eyeballing having some kind of DIY thing based around the SC1000 (though likely with an SC500-sized “platter”). I know @okyeron has done some testing in that area using the same IC in the SC1000/500. What would be ideal is something that speaks “arc”, and uses the oldschool /key message from the original arcs, but instead of this signifying pressing the encoder, it would be for touching the encoder, which is used suuuper effectively in the SC1000 and other DJ controllers.

What would be ideal is something that speaks “arc”, and uses the oldschool /key message from the original arcs, but instead of this signifying pressing the encoder, it would be for touching the encoder, which is used suuuper effectively in the SC1000 and other DJ controllers.

I added a few extra 1/4 i/o to my performance case last fall. 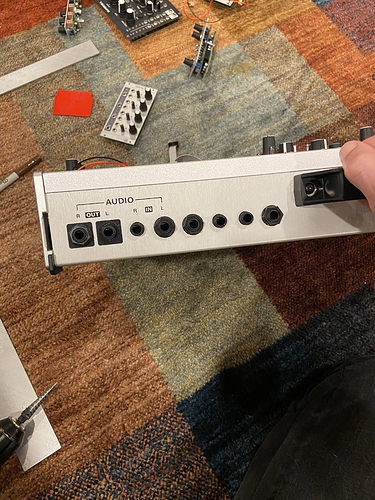 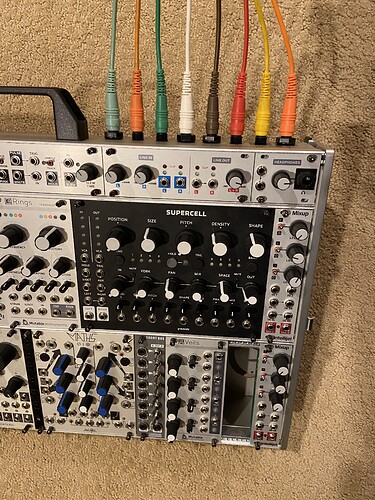 How does it communicate with the computer ?

If I understand correctly, just shows up as a regular arc via serialosc.

Don’t want to speak for @okyeron but I think it’s just using the SC**** as a controller, so bypassing the internal computer and all of its functionality. Don’t know if he was sending the fader over serialosc too, or if it was just the encoder part.

I’m mainly interested in having a single standalone encoder, as I have the fader taken care of already. What would amazing, though prohibitively expensive, would be a mega-encoder so arc-like resolution and LED feedback, but with the haptics of the BeetTweek thing.

I made a prototype custom controller based on the sc1000. It’s a teensy inside impersonating arc. Uses the same sensor as the sc1000. Fader is just a regular fader reading analog values but I think I’m translating those to an arc encoder value? (can’t remember right now). (not using an actual SC1000/500)

EDIT - forgot to mention - in the demos below, touching the platter sends an arc key() message. (platter is a capacitive touch switch)

Would your controller work as a MIDI mappable device?

The reason I ask is: 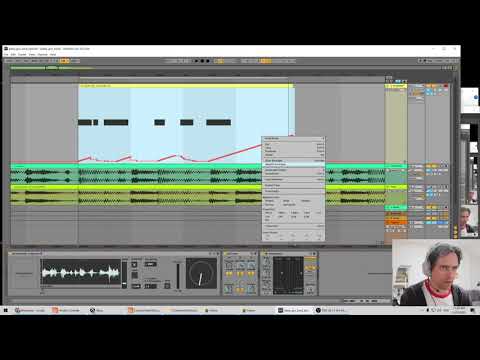 I imagine so. It’s just control data like anything else.

I’m having a play to see if I can come up with some nice smoothing/interpolation as, for my tastes, the playback/scratching in that video sounds a bit steppy. It’s a hard line to thread though, getting the behavior and sound right, without lag.