Thanks, that’s a lot to ponder!

I’m unlikely to play in venues with PA systems, more like backyards or alternative jam settings where my amp would be the extent of it…

I’m playing a 90s reissue Guild Starfire II or a 70s Fender MusicMaster with the frets pulled…. I’m hoping to get as close as possible to an upright sound, which I know is impossible but it’s still the direction I’m heading…

Since we’re talking bass gear, I made what I realize at this late date was a mistake, namely replacing the original pickup in the 70s Music Master with a EMG active pickup. I now want to replace the EMG with a passive pickup, and am considering a Bartoloni.

Lollars? I’m getting schooled here, never heard of those!

Edit on November 12, 2021: My resolution to the smaller bass amp situation is that I’m buying my collaborator’s Mesa Walkabout Scout 12" combo. It’s from 2004 and built like a tank. A single 12" speaker and a 10" passive radiator on the bottom, with 300 watts and a tube preamp!

Although, I’d be most hesitant to call myself a bass player I’m celebrating New bass day! A Höfner Club Bass (Ignition series). It feels promising and I’m looking forward to exploring the short scale neck. Need to put on some proper flat wounds though. Thinking some light tensioned Labella set.

Apparently the previous owner bought it for “a doom project”, hmm? 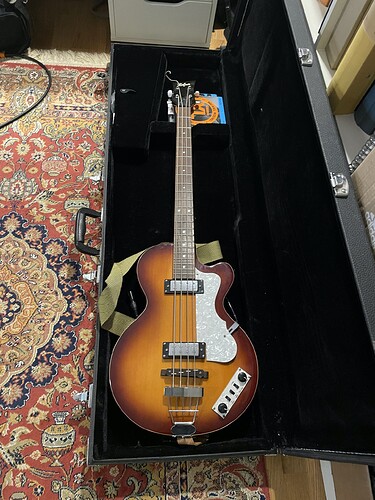 Is anyone into U-bass or Ashbory? I have a used Hadean fretless U-bass on the way, which should arrive today. I think it fits my mindset and requirements for a stringed instrument (established when I learned violin as a kid): 4 strings, consistent intervals between them, almost monophonic, relatively small, frets optional. And I love the sound of a fretless bass!

I have a short-scale bass I’ve noodled on a little, but it still feels too big. I think this is gonna be fun though.

From the research I’ve done, I find it really hard to choose between the mellow black strings (Pahoehoe / Thunderblack) and the brighter, more “normal” metal strings that work with more playing techniques. Being a synth geek though, I’m wondering if I can get the mellower sound via SurferEQ or some spectral processing instead of owning two basses to get the best of both worlds… we’ll see

This particular one is strung with Kala round-wound.

I’m a fretless bass player but I have never really played one of those. I briefly tried my friend’ Ashbory, and recently tried a u-bass. In both cases they were strung with those rubber tubing strings.

I just can’t get past the sticky feeling of those strings, it feels like my fingers can’t slide freely, which is the whole point of playing fretless for me.

If there are half-wound strings that fit, those give the best combination of slide and brightness…

From what I’ve read, the strings vary a lot – the Ashbory silicone and Aquila Thunderguts are the stickiest, and I see a lot of complaints about both, especially from people used to regular bass. Newer iterations of Aquila strings are apparently much improved though.

I have the least expensive ‘Makala’ U-bass with the white rubbery strings.

It’s good to pick up and practice; I find the strings very noisy lifting off the frets though. I’m not the world’s best bass player but I could find no technique that would make this quiet enough to successfully record the bass.

Oh, yeah, this is the top of a slippery slope!

On one level it’s two too many, but on another level it’s (insert number greater than 3 here) too few

As I think I may have said somewhere else on lines, come to the deep side…

It arrived and I’ve been playing with it a bit. Turns out mine came with flat-wound strings. They’re designed for it though (they’re Kala branded), and still considerably thicker and lower tension than regular bass strings, if not as thick as the rubber ones.

It also came with Thunderblack strings (the same as Kala uses now) and I might give those a try once I start feeling adventurous. I’m getting a bit more buzz than I’d expect with these, especially on lower notes on the E. I’ve read it might be necessary to modify/replace the nut when switching from rubber to metal strings and I doubt the previous owner did that. …or it could just be my technique.

But this thing feels really right to me overall, so, yay.

One quandary I didn’t foresee: it’s too short for our multi-guitar stand, but too tall/topheavy for the small mandolin stands we have.

I’ve got a Mesa Walkabout Scout that I have used off and on for over a decade. It was my main gigging amp for most of that time. Still use it regularly for practice. Heavy little beast but sounds fantastic.

@sellanraa TalkBass.com is perhaps the best place to buy and sell used bass gear, and also a fantastic forum for all things bass. If you aren’t a member there yet go straightaway.

Found this via another thread, and the world needs more bass talk, so let’s just bump it in case someone else has something more interesting to say:

I just bought an Ibanez Mikro, because I feel like trying to tackle fretless while also learning all the rest is a bit steep.

I have to admit that I’ve owned one fretless bass in my life - 10 years ago - and it sounded unbelievably good and was great fun to play, but couldn’t dedicate enough time to actually learning it properly (= well enough that it’d be effortless to pick up and play even for fun). So exchanged it to a fretted bass about a year later and have been a bit scared of buying another fretless since then.

For now, I’ve tried keeping only one bass around, getting familiar with it, and making that one sort of “what would be my dream instrument now” type choice. For the past 7-8 years it’s been a '83 Fullerton AVRI Fender P-bass with thick flatwounds. The next one will be sort of a polar opposite, a modern 6-string, since I play less and less actual basslines with friends / on multitrack, and more and more percussive, looping, etc. type stuff. I’ve sort of given up of keeping anything in the house for the rest of my life, but I hope the new one will keep me busy for the next 7-8 years at least…

Now I’m going to cheat a bit though, as I intend to keep the MüB 18" travel bass around as well.

A Miezo? I’ve been curious about those, or a Wing, or a FingyBass or something along those lines. They seem like a lot of fun

Yep, a Miezo 18, so 2" extra compared to the basic Miezo. It’s kind of odd in that it feels neither like a bass nor a baritone guitar - standard bass strings and string spacing with 18" scale is quite something else. I guess same applies to a Wing Classic or Fingy.

I play “normal” basses mostly with two finger alternate picking, but the Miezo sounds best to me when palm muted and plucked with the edge of the thumb - otherwise the brightness and envelope feel kind of weird for anything but solos. Thinking of getting a set of flats for it, to figure out if that would make playing with standard technique nicer.

Just got a ticket to see Peter Hook and the light, looking forward to that,
I hope they do this one - 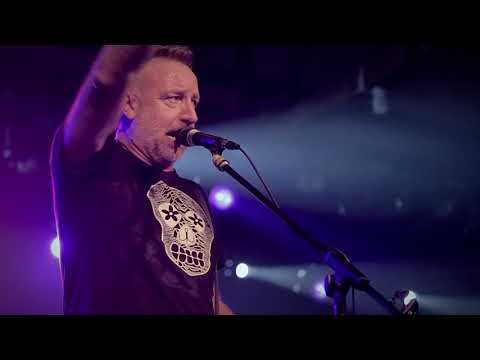 I like to think I’ve come up with a few original bass lines over the years but when I’m not playing my own stuff i kinda fall into playing Joy Division bass lines as a default.
Here are my favorite bass players, they all have their own sound -

Mick Karn’s playing in Japan has always blown my mind, especially here. I always play this riff when I pick up a bass. 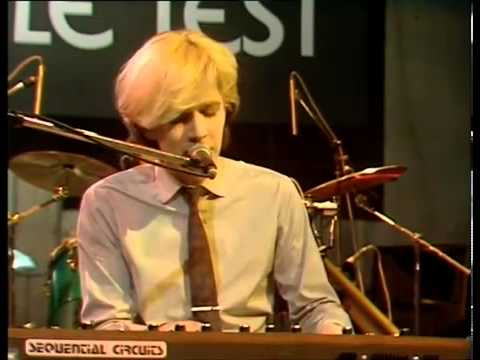 Kev Hopper is an utter genius but most of his stuff (especially here) is a bit of an acquired taste hahaha. Funnily enough he also has a bunch of Reaktor ensembles in the user library. 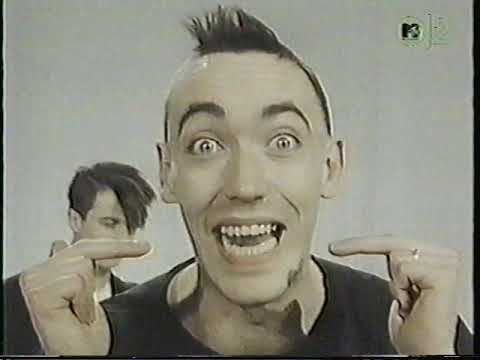 The One and Only Peter Hook. 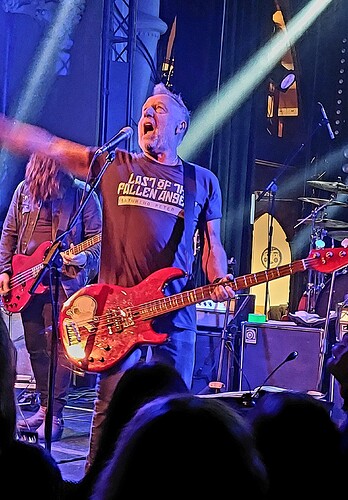 Really good gig tonight at Colchester arts centre, some New Order, both Joy Division albums then Transmission and Love will tear us apart, crowd dancing like it was 1979.

When it comes to bass led bands, NoMeansNo have always been up there for me. They always bring me such joy 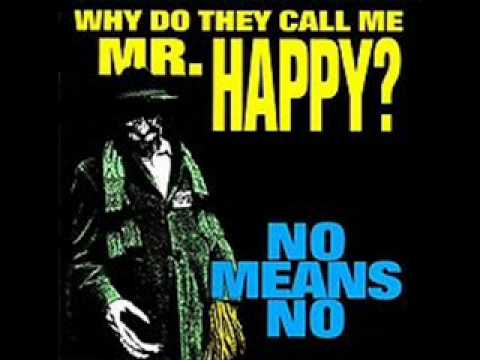 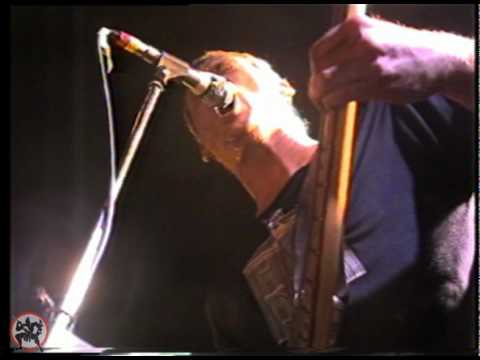 Started reading this from the beginning, so not tuned in to the current conversation. I’m a bass player first. Currently in two bands, playing bass in one, guitar in the other.

When I wanted a fretless I went to a big used guitar place and played everything they had. This may have been 20 years ago, but the best playing bass they had was a Guild b301, and it was kinda cheap. They’re not cheap any more.

I have a tiny Hadean ukulele bass that actually gets used a lot, it hangs right my desk. It has a surprisingly big sound, and is fun to play.

And Phil Jones amps are great. I had a 77, the little one, but it was not really useable on gigs. A couple years ago I picked up a used 250 watt Phil Jones, it’s great. Pretty small and light, but great for smaller clubs. It has 6 speakers, 2 of them point up so you could put the amp on the floor and be able to hear it.

For loud shows I use an Orange 500-watt head with a 10” speaker pointed at the drummer and a 12” Aguilar pointed at me.