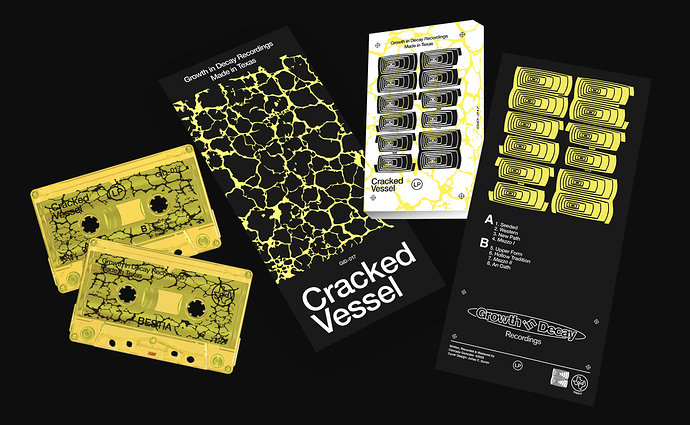 Wanted to share my debut release on Growth In Decay Recordings (Austin, TX) with everyone.

About:
Started off really wanting to make an album around John Coltrane and his otherworldly saxophone tones but as with all music, it morphed into something else entirely. Ended up trying to create a Japanese New Age album that felt withered and fragile but manipulated in a way that felt modern. Started this when the pandemic began and finished it in about a month, had to cut myself off from editing it to death ha.

Instruments:
I only used hardware for this album, which may have been limiting but it kept things moving quickly. Treated my DAW almost as a tape machine, in that it was only used to record, arrange and export.

Have some tapes, shirts and posters available, if you feel inclined. Mainly want your ears though! Open to all criticism and questions!

Thanks! Had a totally different idea for graphics but the labels designer killed it regardless. Love when things line up like that

Album is out in its entirety, let me know what you all think.