In response to @standard_grey on the goals thread, are there cyclists on here? There must be.

I currently have a Stevens vapour disc cx bike. This is my go anywhere comfy ride. Especially with huge surly knard 700c x 42 tyres on it. My little girl appreciates the ride now when she’s on board.

Due to Achilles tendonitis im off the bike for a while, so I picked up and old DMR exalt frame to build up. I love the dmr frames, they seem to last forever. They girl I bought it from (a motorcycle racer!) Also threw in a set of Suntour raidon forks that she’s modded and they are super plush! I will be running a 1x9 drive chain using a race face narrowwide chainring and short shimano saint mech to keep tension. I plan on finishing this in April when I should get the all clear from the physio to go back on the bike.

I was inspired to get a Dutch bike on a recent trip to Amsterdam, so it’s become a bit of a lifestyle ride thing as opposed to a lycra and killing myself on big hills thing. Unfortunately my little pocket of west London isn’t too cycle-friendly, but I’ve been riding to do the shopping on a relatively regular basis, and have been really enjoying it. To be perfectly honest I’m looking forward to the day I can move to a more central and more bike-friendly area, so hopefully these cycle superhighways keep coming in London and the mayor’s office does a bit more to protect cyclists. They’re doing a bit, but not quite enough just yet.

Here’s Gluten (pronounced with a proper Dutch ‘g’, in honour of the family/friends I visited who kept saying this because I was travelling with a couple of vegans) in all her glory out next to the frozen Regents Canal a few weeks ago. She’s a Gazelle HeavyDutyNL, from the lovely people at Flying Dutchman over near Euston. 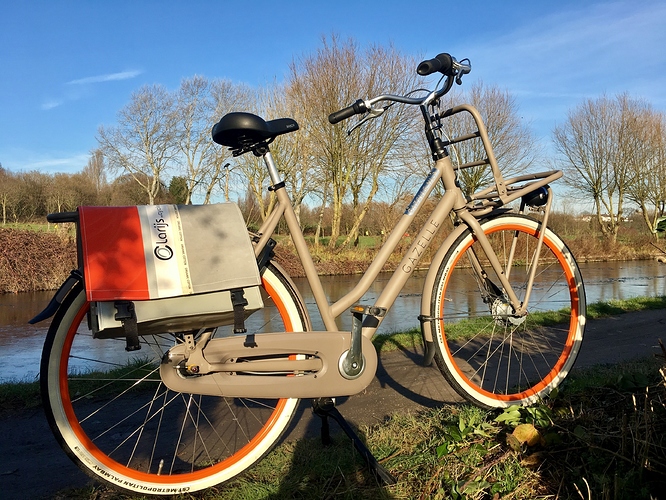 are there cyclists on here?

Yes! I don’t have a car and ride my bike everywhere. I also have a road bike, but I don’t ride it as much as I used to. When I was still in college, I would average around 150 km per week. Now I only take it out on the road every other weekend (or even less often than that) and ride much shorter distances. I still enjoy it, it just eats up so much time to go on a nice long bike trip. I’ve taken up running instead, which I can fit in much easier with my work schedule. But since I also ride to and from work, I still get my dose of bike rides in. I’m really lucky with my commute, too - about 5 km alongside fields and woods with very few cars. Especially at the time I go to work, which is usually more or less at sunrise. It’s really great to have something like that to enjoy every morning.

I’m not much of a bike nut, though. The road bike I have is a Scott Speedster S20 and I like it, but I don’t know enough about it to engage in much talk about gear. But I feel like that’s a good thing. I’m already spending ridiculous amounts of money on music equipment and I feel like if I’d get into the whole bike thing like that, it would just turn out to be another bottomless money pit.

Fellow cyclist here! During the warmer months i use it to commute to work on a nice scenic ride down the shore. I picked up a specialized crosstrail hybrid bike for the times i feel like hitting a trail on my travels. It’s absolutely frigid here in Connecticut at the moment but I see the light of the horizon slowly creeping up. Just a few more weeks…

I ride a Bianchi Volpe. It’s a tourer with some cross DNA. I used to ride a lot more when we lived in Santa Cruz (bike lanes everywhere). People drive pretty fast on the country roads of Watsonville, and there are no shoulders, bike lanes, or sidewalks. But there is a levy trail that goes the 8 miles from our house to the ocean, paved with gravel. I’ve done some offroading on this bike, and it works, but folks with suspension just fly by like I’m standing still. It’s really just a very sturdy tourer. I have fantasies about touring the Pacific coast someday. 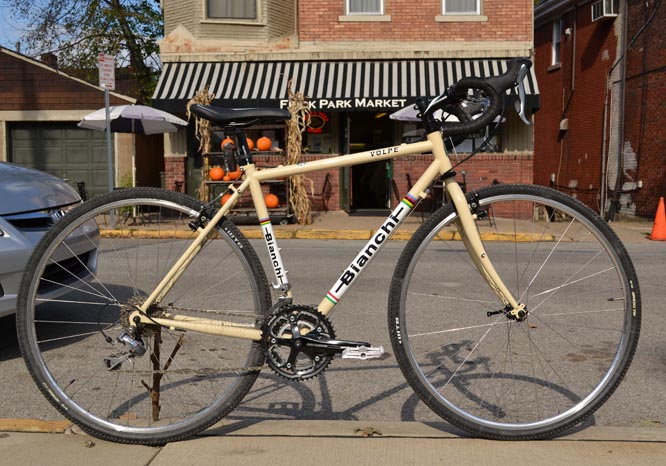 I have a little Sunday morning ritual for about 9 months of the year where I meet up with a crew of folks for coffee and hang out and then we ride. It’s pretty casual and usually only amounts to 15-25 miles. It’s a good excuse to commune and get a bit of exercise. I just have a Norco hybrid. Nothing super fancy, maybe was $500 new. I really want to get orange rims someday to match my orange helmet though

My knees are garbage (so I’m taking this week off to help them recover hopefully). I’m starting to suspect I have osteo-arthritis as a result of my severe osteoporosis (glandular issues that were neutralized about 9 years ago), so I need to balance this low impact exercise with something a bit more high impact to help keep what’s left of my bones strong.

Anyway, I love biking when it isn’t blazing hot.

I too am a avid cyclist, initially through necessity rather than choice but by this point I feel wrong if more than a day goes by and I’ve not been out on my bike.

I also don’t drive/own a car and so use my bike for everything. I have a 12 mile commute which I do whatever the weather (which, being in Manchester is generally pretty poor). Cycling around the city here is not exactly enjoyable. Every time I manage to get home still bodily intact and alive I count my blessings. I have a Marin Lombard Elite which I love dearly. It’s great for pootling about, the commute and longer jaunts out into the country weather/time permitting.

a trip in Denmark 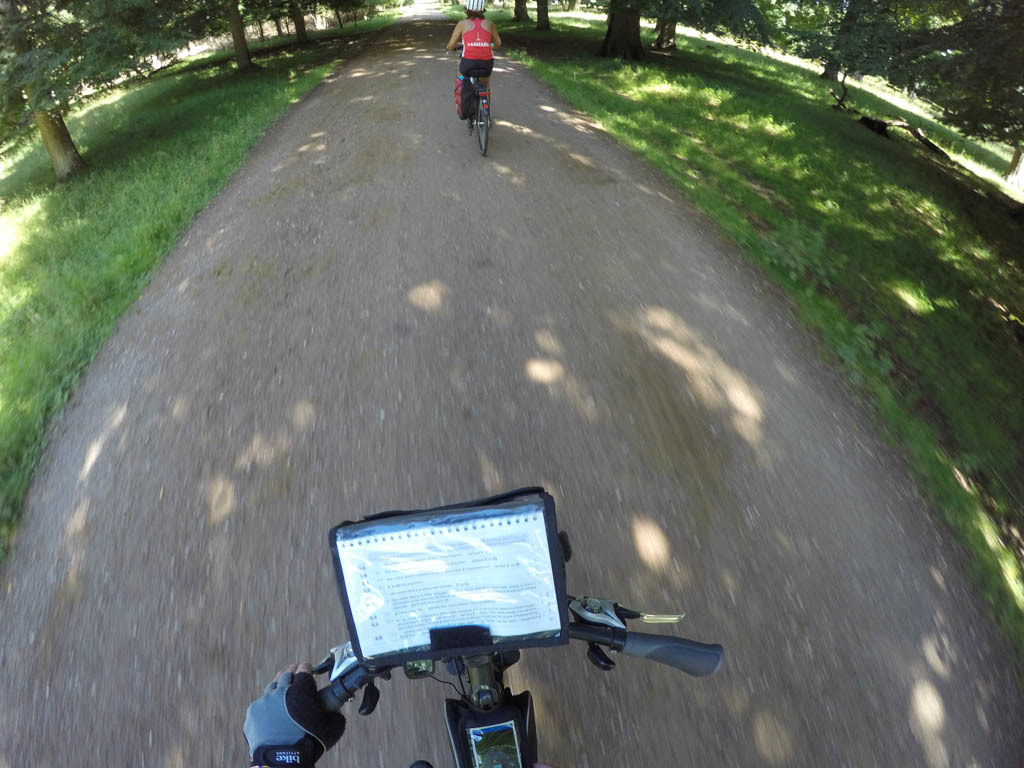 In Rome I ride a Brompton, I think that it’s perfect for the city 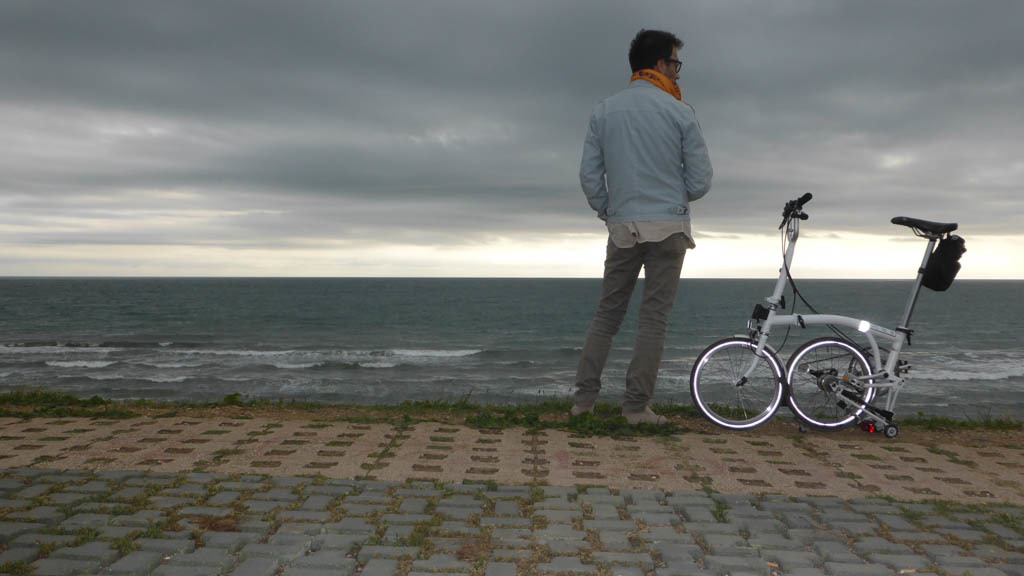 I had a little folder and want to get another sometime when I can hopefully afford two bikes. They’re just so cool

I have test-rode a couple folders and the extremely vertical front tube angle made steering really twitchy for me. I like relaxed geometry. I might love a more relaxed folder, if such a thing exists.

Used to cycle into work (and back) every day. So a 12 miles round trip. But the car traffic got more and more aggressive and since the birth of my daughter I’ve quit that ride. I don’t really fancy baring the brunt of someone elses road rage.

Worst day was a lady who does round me then immediately pulled to a stop. The did a U-turn without once looking to see if there was anyone about.

Cycling was always my way of chilling out, and the commute was beginning to ruin that.

@jasonw22 that’s a lovely looking machine you got! I love bianchi’s style.

I’ve always wanted to try out an airnimal. They seemed like a great take on the folder.

Cycling was always my way of chilling out, and the commute was beginning to ruin that.

Sadly, that’s where I’m at with it too. I still love to ride, but I’ll throw the bike in the truck and drive somewhere where I will feel safe before I head out my front door on the bike.

I’ve always wanted to try out an airnimal. They seemed like a great take on the folder.

Oh yeah, these seem ideal. Not the smallest/lightest, but it looks like a great compromise between foldability and performance.

Hmm, realizing that my Volpe is just a couple pounds heavier. I guess if I was riding a pretty cramped train it would come in handy. We’re lucky in our area that Caltrain has pretty generously sized bike cars.

@Rodrigo and I both have Bromptons and we’re huge fans. His is pink and mine is orange. They’re really well built and as far as I’m concerned feel like a regular sized bikes. I’d even go as far as to say that surprisingly they feel the best out of any of the bikes I’ve ridden. (Honey, won’t ya post some pics of us on them? I don’t have access to all our photos). We’d ride them everywhere in Manchester.

I think it was the Brompton that felt really twitchy to me. I suppose it’s just a matter of what you’re used to.

Abusive shop you are outside! Whats so bad about parks?

Oh, hehe, that’s not my photo. grabbed from Google Image Search. Funny though!

@Rodrigo and I both have Bromptons and we’re huge fans. His is pink and mine is orange.

Indeed! Was trying to find a good pic, but couldn’t at the moment. But here are our bikes, and our dogs in one pic. 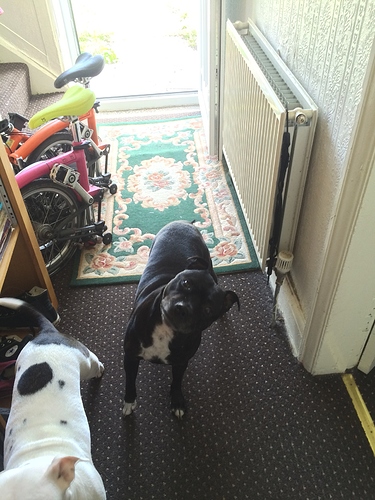 They are honestly the best bikes I’ve ever owned. Couldn’t be happier with them.

I think it was the Brompton that felt really twitchy to me.

I felt that at the start too, but once you get used to it it feels fine. Anything else feels ‘sluggish’ by comparison.

I think the different style handlebars (straight, dip, etc…) all have different feels too, and obviously depend on your height and the bike setup and stuff.

I think it was the Brompton that felt really twitchy to me. I suppose it’s just a matter of what you’re used to.

I felt that at the start too, but once you get used to it it feels fine. Anything else feels ‘sluggish’ by comparison.

I think the different style handlebars (straight, dip, etc…) all have different feels too, and obviously depend on your height and the bike setup and stuff.

If you want twitchy you should try a time trial/triathlon bike sometime!
First time I rode my triathlon bike I immediately set off at a 45 degree angle to the direction I actually meant to be going in.

I like bikes. Have a couple of road bikes and the aforementioned tri bike. I try to ride 4 times a week but fitting that in with the running and swimming (and other necessary things like work) can be tough sometimes.