Blurring the Line of Timbre

In improvising and composing, I’ve become more and more interested in the ways that timbre influences - and is influenced by - both processes. And as a guitarist, I’ve started to dive into the world of the 6-stringed instrument as an expansion or variation of a controller for computer-based sound control. I’ve been doing research into the ways that composers and improvisers have blended electronic elements - both produced and as affectations of analog instruments - into compositions and live performances in ways that are subtle and powerful. Ways that enhance, change, or create new timbre that is not, for example, “here are some electronics” plus some other live instruments, but rather more like “how is that hybrid sound being created?”, or, “where is that sound coming from?”. Some musicians that come to mind who have inspired these thoughts are Luc Ferrari, Rebecca Saunders, Daniel Wohl, Pamela Z, Stian Westerhus + Sidsel Endresen.

My question is most simply, who are people that inspire you in this same way? People who are creating entirely new timbral sound worlds in the combination of electronics and other instruments?

Made an account to reply to this, as this is one of my big interests as well.

Would highly recommend Oren Ambarchi in this vein, mainly a guitairst, but produces “synthetic” sounds that are very imaginative. Love his work with Jim O’ Rourke.

I thought the Suzanne Ciani RBMA perfomance and Q+A was interesting, especially because she specifically said “I don’t care about timbre” and it isn’t something she focuses on. Listening to her music, you may not think that, especially since she’s using a Buchla. 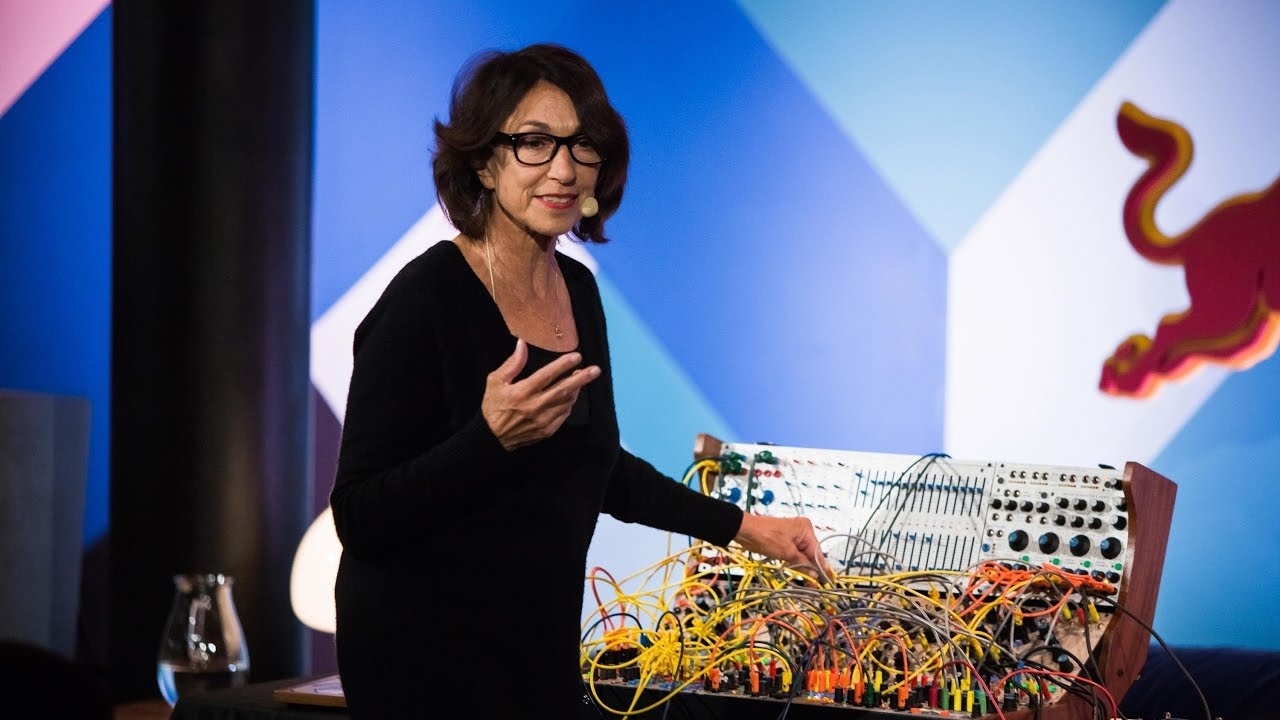 You do hear a lot of unaltered triangle waves in Ciani’s music. She’s not shy with waveshaping though.

My read on this Ciani bit (haven’t listened in a while) is that tone operates as a byproduct of dynamics in her work – louder = more harmonics. Each mode of adding harmonics within the system has a different character / response curve (since they’re mostly not directly / exclusively amplitude controls). Ever run something through both an LPG and a mixer and reach for different knobs at different times? That but a folder too and probably other stuff (I am not blessed in the ways of Buchla).

Or correct me maybe

I think about this very frequently as well. I think “it depends” is the name of the game in this domain… Are you considering the timbre to be the entire sound field over time, or parts of the sound field? Likely it can be both, or sometimes one or the other.

For instance, a piece I’m working on now uses 3 or 4 pitched tones from a synth patch, often droning onward, or fading in and out, or pulsing rhythmically. The timbral flux comes from various manipulations of some choice parameters on the synth, but actually it’s a fairly simple patch, and most of the stuff is caused by a dense effects-chain that has several interrelating channels. So technically it’s one sound source with 8-10 reactive chains processing it.

Where I currently am with it is thinking about “inspecting” the sound field over time. Kind of like spinning an object around in your hands.But sort of like a kaleidoscope, or a very faceted thing, all the different angles of and nooks found while exploring it cause perceptive change, even if the object itself doesn’t really change much on the whole… it’s about the reciprocal relationship between subject and object, if that makes sense. So things such as dynamics and volume changes, both for each track, and in the signal chain, and panning cause subtle to crucial changes in what is heard. Because of the interrelational parts of the signal flow the sound is able to develop both on macro and micro levels, always correlating.

When reading your post, I immediately thought of Cam Deas, he uses a 12 string guitar as an interface for synthesizer and sonic transformation. I think his work is really stellar.

Here’s a track from the middle of the album, but really you should check out the whole thing, the flow is really great. 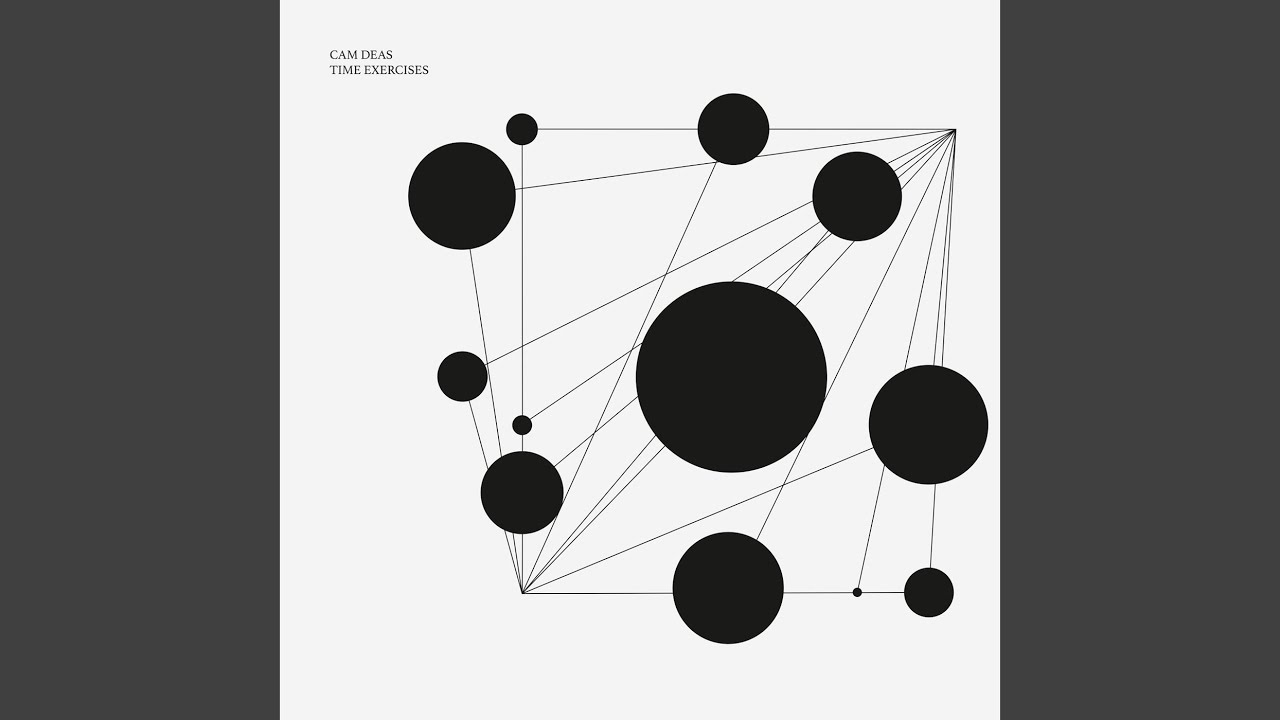 The mention of Saunders was interesting there, got me thinking of the pre-neue Einfachheit composers that influenced her…

of course Helmut Lachenmann, while completely instrumental was exploring the radical limits of timbre through his “musique concrete instrumentale”… that might be worth some thought?

Luigi Nono’s later period work (particularly the electronics collaborations from the Freiburg studio) might be interesting? I really love the really sparse reverb and pitch-shifting of the flute in Das atmende Klarsein and then the logical conclusion of that in the Prometeo …
The focus there is on the electronics to just bolster the instrumental timbres, and give them some movement. It’s not electronic manipulation to create a new or hybrid instrument, just a different kind of shadow?

my mind also went toward spectral and related ideas as well. but also in terms of blending electronics and acoustics or just subtle timbral exploration through mixed ensembles or even tuning systems I think there is a lot to get out of, or for me are maybe more effective in the more reductive vain like Chiyoko Szlavnics, Catherine Lamb, Marc Sabat, of course Lucier, I suppose I would put Tashi Wada’s work in there too - less clutter and slower motion makes things more observable for me. plus I suppose thats just leaning toward my personal taste too.

nice to see you mention Work/Death @zebra. I haven’t seen Scott in a long time but the thought he put into his work and process compared to a lot of other people in that scene, plus how it all turned out, really put him head and shoulders above others for me. Last time I saw him play I remember talking with him how he had been reading and listening a lot to things in the more contemporary composition/spectral direction and I think it really showed through the work. at that show he was using the PA along with his own sort of diffusion set up with speakers, some with objects rattling around on them, coffee cans with transducers… but most importantly the composition was really nice and it made the whole thing blend together in such a great way.

the things I find I’ve drawn the most inspiration from personally on a general sound-texture level also comes back a lot to more acoustic things even though I work mostly with pure electronics - people like Jeph Jerman, Small Cruel Party, so on, who manage to create really rich and sometimes totally baffling to me sounds by such simple means by manipulating objects and environment. though I guess I’m thinking and talking more just about sound spectrum and not really in context to anything like harmony or anything like that. I think a big thing that enters into this for me is how an acoustic space or instrument/object has this potential for noise in the sense of a richer spectrum or possible variation in the character/timbre through both the space itself and also the immediacy of change depending on how an object or space is treated. say a brick in a tunnel has such a massive potential for different sounds depending on their use which can all be changed at a snap second. it takes some pretty intimate and complex patching/programming to get such a wide instantaneous variation to be possible with say a synthesizer, not to mention how one can interact and control it. Over the years that is something that has become a more interesting goal and objective to me. Seeing the way Thomas Lehn played not only his own synthesizer but in ensembles with primarily other acoustic players had a big impact on me. I think this is another reason I keep finding myself drawn back to the MS-20 is how quickly and responsive it feels to me with how I know it, and the way the circuits are and interact it also has a greater potential for noise and interference to enter into and alter the spectrum/timbre of what is going on and how those small interferences can influence and move down the signal chain to become more dramatic the way a different touch of the string on the guitar moves down through the interaction with the pick-up, possible pedals, amplification… for example how wild and different the filter response can be depending on the timbre of the input, its volume, its pitch… almost as though it has a wolf-tone like my cello used to.

I hope some of this rambling makes sense in this context?