Just wanted to start an equipment thread for the Bugbrand love.

He also put up a neat performance video of some modules he has in progress at the moment:
Bugmodular performance

Anyone else using Bugbrand stuff? I see a lot of Buchla users grabbed the processing red modules over the past few years, delay, spring reverb, crossover filter, compressor eq etc.

They sound wonderful and Tom is a great person to deal with.

I’ve got a modular and a postcard weevil. They are two of my favourite things.
I’ve posted a picture of the modular before so apologies to those who have already seen it. Here it is in its new arrangement. The postcard weevil is old and somewhat cantankerous these days!

Modular and banana friends (for some missing Bugbrand functionality). 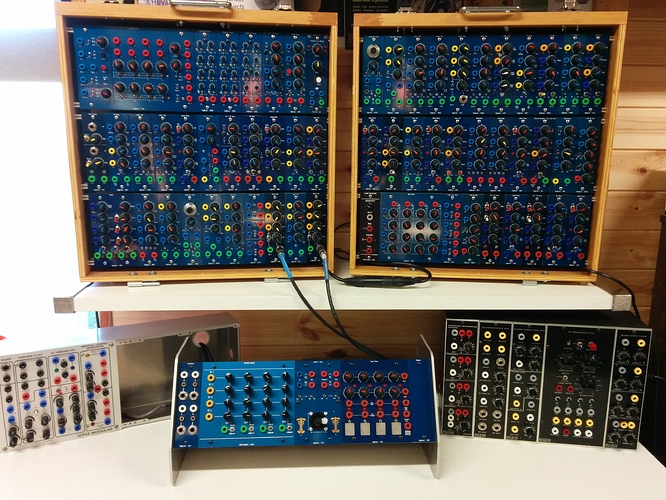 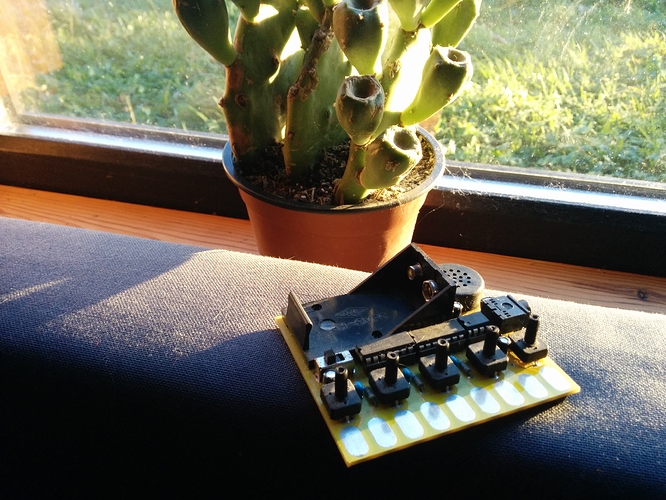 I shared some sounds from the modular in another thread:

Show us your modular system Equipment

I don’t have anything recent but here are some from a few years ago. Processed Bugbrand This is the only one that has any significant computer intervention. Radio + Bugbrand Shortwave radio processed by the modular. Radiophonic Bugbrand A few of us did a ‘make some BBC Radiophonic Workshop type noises’ challenge with our Bugbrand systems. These are all without added VST effects apart from a little bit of reverb. Radiobugs 1 …

and here is one with the postcard weevil:

Yowza! That’s one hell of a system

I know your bandcamp I listened to your weevil recordings a lot already! I’ve had many of the weevils over the years, including the much coveted audioweevil08, but have passed many of them on in favour of the modular.

I never got the chance to try the old blue modular due to money restrictions when he was producing them, and they pretty much never come on sale now, barring 1 guy that’s had an ebay listing for months but won’t split up his system.

I have the synthvoice, crossover filter + x, dual preamp prototype, and now chirper incoming, will get a PT Delay when they’re back in stock. I also have one of those metalbox matrix mixers on it’s way to me and a Future Sound Systems Convulsion generator in banana frac.
I don’t think Tom is planning any control type things (touchplates etc) for a very long time so I use 2 Meng Qi Arcade manifolds and a Voltage Memory with mine along with a double knot and a tetrax. Also modifying a boardweevil2012 into a nice big enclosure with banana jacks and a couple of sequencers.

It looks like Tom is working on a lot of exciting stuff at the moment for release in the not to distant future, glad I can finally join in on this bug modular fun!

I like Bugbrand too. I have an old Audioweevil, which I now realize I haven’t used in a while.

But, the difficulty in catching something when it’s available (buy it as soon as you hear about it or never see it again) led me to just give up on trying to get anything more from him. I still like to check in to see what Tom is up to, since he has lots of clever ideas.

Ah awesome which version of audioweevil do you have? I never tried the '07 or older ones. The '08 was a beast though!
Yeah I think it’s something you kind of need to devote yourself too, I know I am at the moment planning on pretty much only purchasing Bugs this year, with the Koma field kit fx i already backed as one exemption. 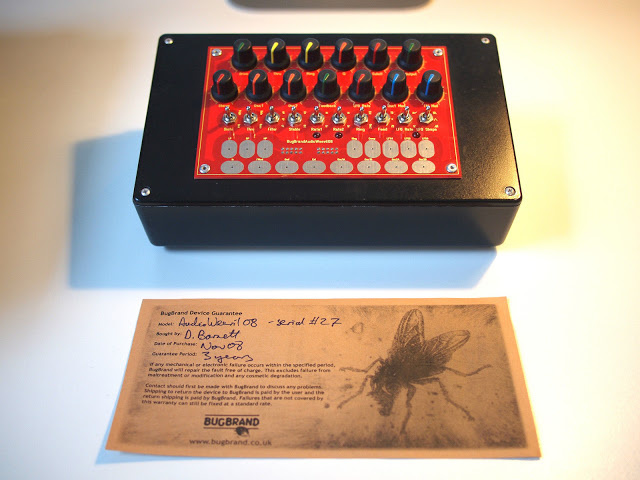 It was used to make this release many years ago (which, forgive my spamminess, I think I posted here once before):

I was lucky and just happened to be in the right place at the right time to be able to buy the modular stuff from Tom when he was producing them. Seven years later I end up with this! It can be hard to get things from Tom due to his producing small batches but I respect his business choices and feel he is very much worth supporting. I don’t really have any other purchases planned although I did just find out about the shift register he is working on today which I may keep an eye on as I don’t have anything like that in my system at the moment.

Ah i know this release! I’ve played it so many times. This EP (along with some bandcamp tracks from a guy called KNYST) made me want to seek out and buy an audioweevil08! It’s a superb EP!

Yep he is a stand up guy, always indulges my questions and clearly has a strong ethos in his work. I too have respect for his business choices.
Yep the DDSR looks awesome, I will certainly be getting one when they become available.

I only have 2 Boardweevil2012’s left, one blue one which has been hacked apart for the aforementioned modifications, and one yellow one that I’ve attached a minihjack to the output pad of osc1 and the ground to use as a clock output from driving sequencers/drum machines (works great!).

Thanks, that’s kind of you to say. Always happy to know someone is listening to this stuff.

I started a thread in the muffwiggler Bugbrand sub for this, but thought I would post here too in case there are any bug users that wouldn’t have seen it there.

Call for submissions for a Bugbrand compilation tape!:

I am launching a new electronic music label next month focusing on cassette and digital releases and after a brief discussion with Tom thought it could be good to release a Bugbrand compilation, sort of inspired by Game of Life’s ‘Made of Wood’ releases for ciat lonbarde instruments.

This thread is initially to gauge interest - here are my thoughts:

I realise that’s quite a lot of information to take in. The Bugbrand community has produced some fantastic music over the years, I think it would be awesome to showcase the variety of sounds and styles Tom’s instruments inspire us to make.

Please let me know if you are interested in contributing and any opinions on what I’ve said below.

@dermo
Can I create a microsound granular piece if I do it entirely within my Bugbrand modular!?

Sounds like fun. Would like to contribute. I’ve really not heard much of what many of the people I used to know with Bugbrand are doing these days.

How would you do that? Didn’t know it was possible

I’m hoping some of the older system people contribute - I listen to the old recordings posted on soundcloud and bandcamp and YouTube etc a lot!

How would you do that? Didn’t know it was possible

Maybe not in the technical sense but sound-wise I reckon so.
Gives me something to work towards!

Oh if you can recreate the sonics then by all means do it! I just meant don’t take a 1ms sample of a Bugbrand sound and process it via computer

I recently changed my primary delay, but not feeling fully satisfied. Not sure if there is a complete satisfaction to be found in the world of delays, though. The ‘perfect’ delay always seems to be around next corner no matter what I’ve got…

Anyway, my focus fell on the Bugbrand PT Delay. From what I gather Tom is running a small batch of them in march. Do anyone have one of these, or any experience with them? They look very well-built and sound pretty damn good, with plenty of character.

@slopstream I got one a few weeks back - it’s superb! Don’t expect to be able to go too long on the times without some serious crunchy clunky hissy spitty artifacts though (can be dampened or exaggerated via the shaping eqs). Personally I love that it allows for weird artifacty usage. It does the karplus strong thing well, and will work with cvs from your grackler nicely. The shaping eqs make it very versatile and can do very nice warm analog style delays or thin whispy barely there ambience. The cut switches and massive knob make it very performable. In short - it’s awesome.
I have come to realise there is a very good reason you don’t see Bugbrand stuff come up for second hand sale very often!

Thanks Chris. Hopefully I will be able to pick one up!

https://www.patch-point.com/bugbrand-1/bugbrand-pt-delay Has one in stock it seems

https://www.patch-point.com/bugbrand-1/bugbrand-pt-delay Has one in stock it seems

I’m intrigued. Has Tom started selling through shops now? It’s not something he’s ever done before that I know of.

On topic - the PT delay is great fun. I have the old blue modular version. The very first patch I did when I got some Bugbrand was an exercise in causing the PT chip a bit of stress!