Building a monome/arduinome in 2016 in the UK

Hello all, after lots of reading it’s time to ask some questions!
I would really like to build either a monome or an arduinome for my next project. I’ve got lots of questions but am really just asking for some advice about how feasable it is?

A lot of the build guides I’ve been reading seem to be from around 2008 when I guess this whole community was starting off. Has the technology changed at all? Are people still building these days?

The monome grid kit seems pretty pricey to me so i am more likely to go down the arduinome route. Has anyone here managed to source parts in the UK? I’ve found somewhere that stocks the pads and breakout board so it looks like the hardest thing to get hold of is the shield. Do people still organise group buys of any sort? Any alternatives to this?

Thanks in advance for any help!

Given that there’s a new 128 kit available, I would totally go that route. A lot of the modern apps (and modules) are based around the 128 form factor too.

(I have no info about the UK-ness of sourcing parts here though, just wanted to chime in with that)

you’ll be building a somewhat obsolete device without a lot of support. there are no group buys, though some people likely have parts laying around if you can track them down. keep in mind an arduinome build hasn’t happened actively by a group of people together for a long time.

the grid kits are very good. and you’ll likely spend about the same amount. and you’ll have access to all of the current generation applications.

also worth noting, the grid kits have variable brightness per led…

Thanks for the replies. I didn’t realise that there were compatibility issues with old hardware and new software. The grid kits look really amazing but as a student they are unfortunately just too expensive (nearly £440 including shipping/import tax etc) whereas I think I have found the parts for a 40h kit for around £100.

I have sourced a 40h Bibo logic board so would almost certainly go down this route. How compatible would a 40h be with current software?

it’ll work-- it’s just that most apps being developed now use variable brightness. many old applications are available as well.

I have two 40 h kits with led’s that I’d sell for around 400 au … or a bit less depending whats affordable. both in good condition, original packaging… green led’s 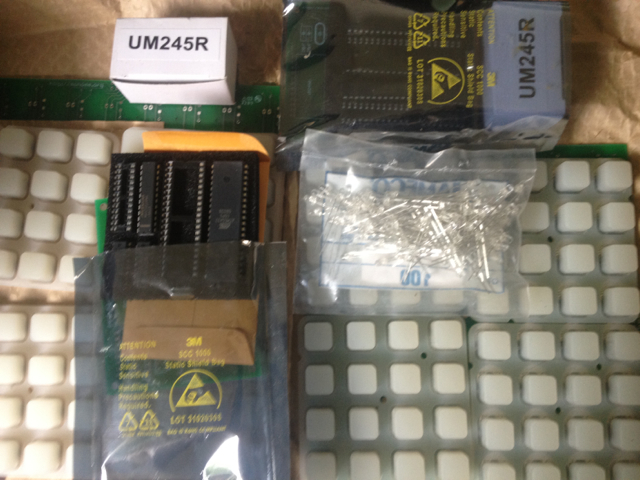 Tehn, do you know if this set up resource is still online anywhere? Or perhaps someone might have the information saved somewhere?

Wintercat, thanks for the offer. I have managed to source all of the components within the UK and would rather stick to this for the moment.

I guess the idea is to provide an overall package, check http://monome.org/docs/setup/