Analogica is a small festival held yearly in northern Italy (close to the border to Austria and Switzerland) which focuses on topics like creative and explorative use of analogue material/equipment and “slow tech”.

One part of the festival is dedicated to the screening of films shot on super8, 8mm and 16mm material, but in recent years the performace-oriented aspect of the event has become increasingly more important.

I’m not officially part of the organization (though I’m a member of the association), I just help out sometime, when I have time and energy to do so. But I’ve been mostly helping with the performances. Last year we had two Italian artists Andrea Bui and Vanessa Trippi working with tape loops and synth noise and the Canadians Thisquietarmy and Philippe Leonard fusing post-rock guitar and live-manipulated 16mm projections. It’s been quite an amazing evening!

Anyway, check out the call here: http://www.analogica.org/performances-2017.html and of course get in touch with me if you have questions!

If you’re also into shooting films and analogue photography, there’s a call for the first and a contest for the second (but the latter is not online yet)

This looks cool. Really wish I was closer to Europe around November

Hey! Just submitted a film to the festival! Thanks so much for bringing this to my attention.

@Simeon You’re welcome! Thanks for submitting!

For those close enough I’ll be posting some more info about the festival once I know them. For now I only know about the time frame and location (roughly): the festival will take place in one (or any combination of) these locations: Bozen/Bolzano, Auer/Ora, Meran/Merano (respectively the German and Italian names).
The time frame will be: 22 – 26 November.

Oh, that sounds very interesting. Thanks for bringing it. The region is always worth a trip but this makes it even better.

In case you want to see what last year’s performances were like, here’s two videos (courtesy of Andre Bui, who performs in the first video) 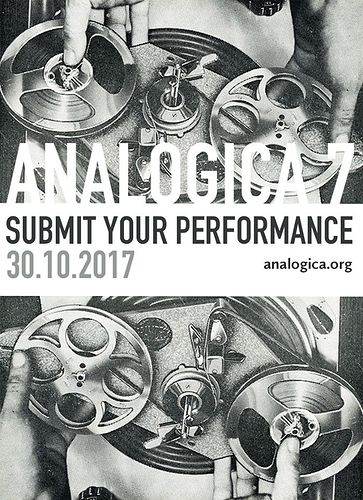