Call to action: use your feet

but really, this is just feet only. for me the point is to have foot control as an element which frees up hands for other activity. like, imagine just out of frame i’m a virtuosic hihat player. play this video at the same time: 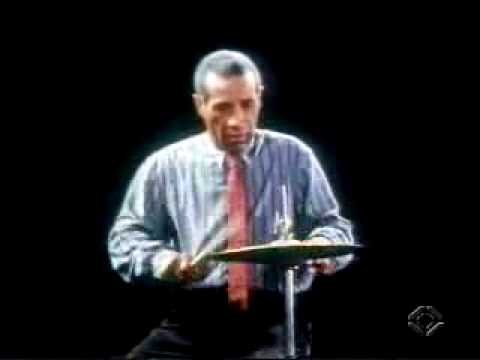 or try this one:

every bit of hardware i’ve made has been motivated by a musical goal or curiosity-- so while we are in the business of selling stuff, at $140 the walk is not going to make us wildly wealthy. we made this seemingly boring module in the interest of promoting explorative performance tactics in the modular environment.

a few foot switch interface modules already exist. our goals were to have something with negligible modular real-estate (4hp) while integrating several of the most-commonly-used functions of on-off foot switching: momentary gate per switch, toggles per switch, gate when both active (AND), gate for either active but not both (XOR).

this represents quite a few possibilities straight away-- stepping through sequences, gating a sound, etc. but these simple foot-actions can become much more interesting when linked to a scripting system like Teletype. a microcosm of musical variables can be working away, taking simple commands from your feet-- while your hands stay occupied with whatever suits you best: knobs, grids, hi-hats, saxophones, e-mail, tinder, whatever.

feet-plus-hands is obviously a common situation for guitarists or instrumentalists who use pedals effects. though often the stomp action is to toggle-on an effect or capture a loop.

midi foot controllers introduce great flexibility into a laptop setup. with something like max/pd/sc/etc the possibilities open up wide.

what have you are some inspiring examples of foot control?

As someone who started in the realm of guitar pedal buggarance (because I’ve never been a virtuoso),when moving towards electronic music performance I found myself already owning a multiples/attenuator module, in the form of a stereo/splitter volume pedal, and a CV expression pedal. Instafun when plugged into my synth. Also, the way most performers shift their weight on rocker pedals I find really expressive, and captivating.

Regarding effects/loops there are so many people doing it badly it’s hard to not feel a pang of disappointment when a performer starts tap dancing on his standard issue red boss abomination. Some performers I’ve seen are SO taken in by the music that the technology behind it fades in the face of their commitment to the song.

Works amazingly well with the hi-hat!

A few years ago, when i was alone on stage. Found this radio session on the web. Nostalgia seeing my old setup ! 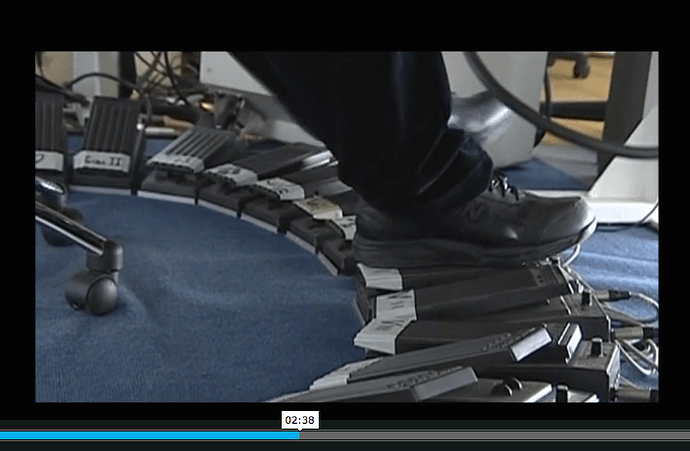 Couldn’t find a good way to mount the camera so you could see aleph and feet, so demonstrating with hands (and yes i did consider putting shoes on my hands to fool you, but then i sobered up)

Couldn’t find a good way to mount the camera so you could see aleph and feet, so demonstrating with hands

so this is to say, when you play live, you do in fact use the pedals on the aleph? and then what is occupying your hands?

spectacular sounds in this video-- so much great variety from so little gear.

yup… i really need to make a better video

normally i’m playing guitar with my other hands.

until i make that better video i can explain how the scene works.
One encoder controls the loop length of the buffers. So I start it around 10 secs and play various guitar notes/riffs in a scale while turning fx pedals on off (in this case distortion+ring mod, part of the variety of sounds) then i stop the buffers recording (SW 1+ 2). There’s 2 metros going, each one repeatedly playing a random position in the buffers. Left footpedal chooses a new random position, right foot pedal changes the meter division for the second metro. The other encoders just change the direction/bitrate/cutoff for the buffers, and the other switches drop the octave for either of the buffers.
What I’d normally be doing though is leaving one of the buffers recording. Then it’s like dueting with an unpredictable improvisor. each time you hit the pedal you get a new note/texture to play against, and what you’re playing is constantly grabbed/repeated along with it (in a different rhythm).

(other method I’m enjoying is setting loop to 10 secs or so, play some kind of texture in, then reduce the loop length to 8 secs, play a totally different texture from a new source, reduce loop length again and repeat. Then i turn off recording for one/both of the buffers with SW1+2, and wind the loop length back to 10 secs. then you get a real music concrete collage effect.

got a clamp - maybe this one explains the foot pedals better
(and adds to my mission to prove that monome equipment is good for things other than clean tone electronica, much of it is totally beautiful, but sometimes I think the tonal flexibility of these units is underplayed)

Once I get a bigger eurorack case (being built now, the current one is a Cell90 and overflows a bit already), I’ll definitely get a Walk module. Like many people doing electronic music, I typically don’t use my feet when performing so something like that can open lots of possibilities for direct live interactions with the instrument…

There is a certain deliberateness to the footswitch gesture. Even in moments where my hands are not so occupied that I couldn’t activate a function with the touch of a finger, the feeling under foot of such a physical action seems to engage a different part of my mind.

In performing with the Aleph, I’ve used a footswitch to punch-in to looping buffers, inspiring a highly rhythmic approach to sampling; grabbing small snippets, fluttering passages, twos and fours. The gesture itself becomes part of the instrument - not just cueing up sounds to be layered into a loop, but articulating the capturing isolated from the technical alignment of sound sources.

I’ve only recently begun to explore the capabilities of Walk in my creative process, but I’m excited by this gesture in a modular format. To be able to impart change and events across multiple elements of a system in a visceral way. I see expansions on the above technique where a footswitch begins a compositional shift while beginning the sampling of directly. Stomping through progressions, or the expressive edge cases when alternating pedals via the XOR & AND outputs. Performing with a sense of ‘pulse-width’ and using that overlap to expand the timbral possibilities through a hyper-simplified interface.

More than anything I’m excited by this simplicity. The modular environment is a wonderful space to build complex structures, where a solitary event can be coupled with an unfolding series of changes. Walk on.

oh! why have i never used the pedal to cut into the buffer! such a good idea- better make a new scene now.

@Galapagoose will you ever share any of the scenes/apps you’ve made? it does feel like apart from the @Test2 and myself no one ever shares anything they make?

I have every intention. I’ve been holding off because my sampler sounds terrible at any tempo other than 160bpm… I haven’t had much time to work on it lately, but promise to post it up eventually!

did you ever make any scenes for BEES

holy angry cow! that is next level.

this is going to be more epic when i get my monome rack with foot switches and can lose the second shruti and other dude:

The vangelis video is gone unfortunately. Didn’t see the original upload, but think this is a mirror:

Yeah, that’s the right one.