Paint with all 65,536 combinations of 16th note patterns across seven tracks. 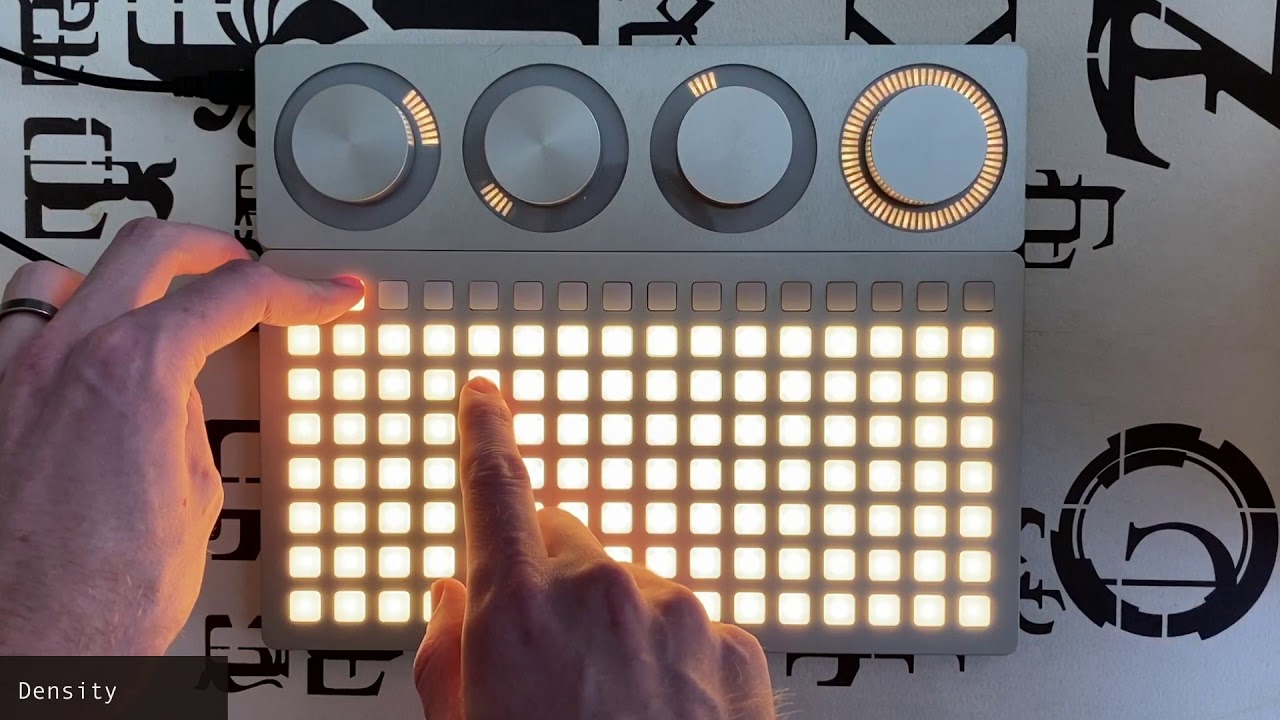 (Note all keys, rows, and encoders are zero-indexed in this document.) 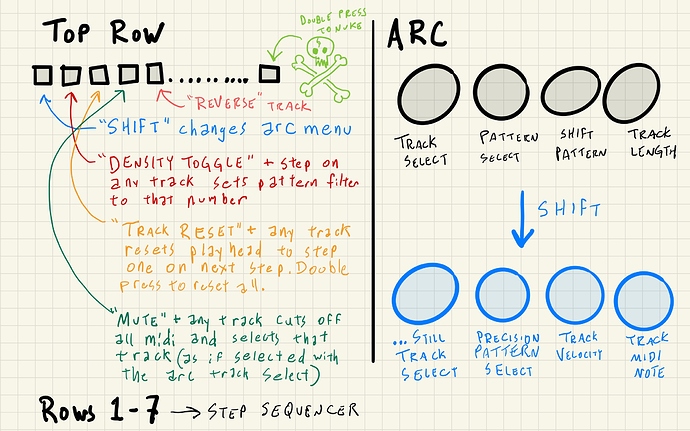 I probably said it before, but wow! This is impressive, can’t wait to find out time to play around with it (weekend probably) . I’m already super thankful

I hope you enjoy it and it inspires you! I wanna hear what you create. Let me know if you find any bugs or want to see any new features.

The toil is over. Time to shred.

had a first chance to try it out, so much fun to play around with!
4 observations:

Thank you so much for your time, patience, and detailed feedback.

when i first saw this thread i was pretty excited about this…
but then i realized it’s not for norns.

any chance of a port?

I just got grid and arc this month. Help me rationalize another purchase.

heh!
i’m not the most rational person to ask…see this post here:

We Are the Children of Time
drone, Le Guin, space signals

So, I gave this a spin today and… I’m in love. In just. 5 minutes I had generated some pretty wild stuff using Cycles (by Slate+Ash) and my Tracker. This is just a rough draft, but I wanted to share. As an aside, there seem to be a few minor bugs here and there, Especially if I used my OG, non-vari-bright grid.

This is beautiful! I love your timbres and the overall mood. Thank you so much for sharing. Totally made my day.

If you have any bugs give me the details and I’ll fix them. I don’t have an OG grid but I should be able to figure out what the issue is.

Thanks so much! It was a sketch that has so much of the kinds of sound and vibe I want! Happy about that

Yeah, I have a modern and OG greyscale grid. Thought I’d give the greyscale a run, got some oddities like the play heads becoming unsynced.

With the modern grid, I did have a few stuck notes. Notes would hold down even if I removed it from the grid. Then, if I scrolled through the layers, I would see these notes suddenly be lit (when they had previously not been). I will see if I can try and get video at some point t.

Interesting. I will look into that. Thank you for the report. Videos are super helpful.

I’ll see what I can do! I’m also hella new to Cycles, so, might be a side effect of that… Best believe I’ll continue to play with it

Okay, so I did a little playing around, and I’m curious; does this have a “note off” function? It seems like it sorta holds the note down until the next plays… Am I wrong here?

Ahh, yes good catch. I had hardcoded the note off to be after 5 seconds, intending to come back and change it. Now the note off signal is sent after a sixteenth note.

Sweet! Hmmm… now I’m curious, would there be a way to have note length be a variable programmable parameter? I was playing with looping sequences, so the long length was rad, but eventually created lengths that were out of step with my quantized beat. Having a way to define either quantized or unquantized lengths, maybe per channel, similar to a delay amount style choice would be slick. I don’t FULLY know where that might fit. But I could even see an arc control where unquantized is made going one direction and is smooth and another quantized where it’s it is chunky lights filling up, sort of like when scrolling through channels.

Oh! And a choice to either polyphony or mono style retrigger notes!!!