Yes, that makes total sense. But I know myself. I’d always know, whenever I wanted to change these settings, I would have to resort to the computer.

I get itches just when I need to copy samples to my Deluge or Blackbox. So yeah, that’s where I’m coming from, for better or (mostly) worse

Totally get where you’re coming from on this. I have gotten a lot out of mine (though I haven’t been using it much lately) but every time they add more things to it the more I wish they’d make a bigger one where all the features are more easily accessible.

I like Blooper.
Thing is if hardware relies on a computer or iPad app to run it then i simply don’t buy that hardware, i see it as not future proof, i like to be able to use it in 10, 20 years time, i don’t sell my gear i’m a hoarder.

When i first bought Blooper it was a standalone thing, its now developed into a thing that requires a website to run it.

I do hope in the next update Chase Bliss forget all about features and concentrate on some type of system that lets you select whats modifiers you want from the units its self rather than going onto a webpage, so after the apocalypse when websites are a thing of the past i can still use my Blooper hooked up to a solar panel.

its now developed into a thing that requires a website to run it.

I get what you’re saying but this really isn’t true. Sure if you want to swap modifiers around you’ll need to plug it in but this is the case with just about any hardware that runs software.

I do hope in the next update Chase Bliss forget all about features and concentrate on some type of system that lets you select whats modifiers you want from the units its self rather than going onto a webpage, so after the apocalypse when websites are a thing of the past i can still use my Blooper hooked up to a solar panel.

BTW new modifiers and features you criticise are developed because many users in their forum have specifically asked them. If you don’t like them, it’s cool, you don’t have to use them and you still have the pedal you bought, fully functional. Use it with solar panel or whatever. Don’t forget that you can hide additional set of modifiers under the tip switches on the back of the pedal and you don’t need to connect to the computer to activate these.

I have to say that I was reluctant on the blooper for awhile. Mainly i couldn’t justify another wacky looper because i don’t feel like i’ve mastered the others i have. plus I was intimidated by all the features/buttons/dips. I pulled the trigger once Perfect Circuit had them back in stock and its instant magic. It immediately opens up a whole new part of my brain that i’m excited to discover and is way easier to use that i had thought. Thats all.

Anyone here using CV to modulate blooper? I’ve been able to get clock sync no problem but run into some very weird issues when trying to modulate the modifiers.

When sending an LFO to blooper, sometimes it just stops playing, or the modifier shuts off. It’s very odd.

how many volts are you sending into blooper?

I’m using ochd which I believe is -5 to +5. If blooper is only expecting positive voltages that’s probably the issue. Will investigate further, thank you.

It didn’t seem worth starting a whole MOOD thread just for one q, but maybe some Blooper users know the answer

I just got a MOOD and one thing I’m finding unclear that the manual also doesn’t seem to specify is the “back and forth” routing functionality. The routing switch only dictates what is being affected by the Wet channel (In only, In/Looper, Looper only). Yet, CBA’s copy and various reviews mention being able to pass back the Wet channel to the Looper channel. How? I’ve even heard it happening in mine, but how does it work?

If I’m understanding your question right, audio is passed back and forth depending if you have the effects channel set to delay. If you have the effect modifier knob turned completely clockwise, the delay won’t fade out, and therefore acts as a looper. You can also use the reverb effect on high settings to capture audio too, but obviously it’s going to be smeared.

A couple of other things too, just to make sure: you need to have both channels you’re looping active. If you turn off the looper, your loop is gone and won’t be coming back.

Again, not sure if this is what you’re asking or not—apologies as well if this is something you already know!

If I’m understanding your question right, audio is passed back and forth depending if you have the effects channel set to delay. If you have the effect modifier knob turned completely clockwise, the delay won’t fade out, and therefore acts as a looper.

But what’s the mechanism by which the output of the delay/obne side feeds back to the input of the looping/drolo side?

Loopop shows this happening at 13:55 and I can repro but I find it odd that the manual doesn’t note if the output of the obne side is hardwired to the input of the drolo side. I feel like I’m missing something plain… 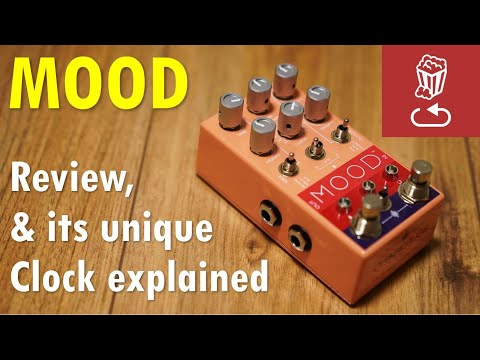 Okay, I gotcha. Like Loopop said, the routing switch decides what the looper is listening to. For the OBNE side, my best guess is that it’s listening to everything? Like, it’s at the end of the signal path? I’m not totally sure. You bring up an interesting conundrum. It might be worth sending CBA an email to get more info. Let me know what you find out—I’m curious now!

I think you are correct. The switch determines the input to the OBNE side. Drolo side listens to output of OBNE side when OBNE is on and just input when OBNE is off.

Yeah, that seems to be the case. Kinda a glaring omission from the manual.

I’ve just got a ticket on the Blooper train. It’s a wonderous interface onto digital sound manipulation and i spent the whole afternoon making tiny amazing loops!

Now i’m thinking how to go from experimentation, to incorporating its sound into songs I would get excited about releasing, and might be able to somehow perform live as well. Here are some thoughts:

How do you use your bloooper?

edit: I forgot an obvious number 6: listen to other artists who have incorporated the blooper into their process. I need help to find those artists!

I use the blooper in this video along with some other CBA pedals to build a little impromptu track a few months ago.

For any commandline heads who find running B.L.I.P. inside Google Chrome browser to be inconvenient, here is a simple Linux commandline tool for downloading saved sessions off your blooper pedal.

It might take over an hour to download everything – I think that’s a limitation of sending them over USB MIDI as the web UI isn’t very fast either. At least you can set this tool running and forget about it.