@21echoes If you’re using ableton live, then the first question has a simple solution of using Live link. As long as the device running ableton and norns are on the same wifi then clocks should sync up. its the lil button that says link next to the ableton metronome options (top left) and you’ll need to switch norns’ clock from internal to link. If you’re using a different DAW then you’ll need to set up a MIDI clock.

EDIT: i think, in short, what i want is the “1-shot sync” param to also be available for looping mode, instead of just 1-shot mode?

re: 1, will add something workable to cc2 later tonight, thank you for the great idea!

Awesome, thanks! Hopefully the above description makes it clearer

You’re second question sounds like setting your record enc resolution to 1 bar might help out? that way the end point of the buffer will adjust to different bpms.

Ahhh yes, I forgot about the encoder resolution setting in PARAMS

Is there a button input to make an arc change (such as volume) apply to the whole bank and not just by pad?

yeah! holding ALT while turning will proliferate changes across all pads in a bank (filter defaults to global control tho, so that one is inverted — ALT will set per-pad value).

@21echoes + @Ewen_Harrison, i’ve got an update brewing that addresses your use cases — got my booster and flu shot last night tho and it knocked me down pretty hard, so won’t be able to post that until tomorrow.

have a great day, y’all.

Wild! I thought I tried that… Maybe its because I had an arp running that the volume didn’t apply to everyone…

I’ll try again later today. Thanks for this Dan!

it should apply to the bank level, which all the pad levels are multiplied by for final output. the ALT + arc interaction for levels is designed as a main fader which controls the bank’s total volume for fade-in and fade-out or boost/cut. plz lmk if there’s a mismatch in experience tho!

Awesome, thank you. Can confirm the midi clock / transport issue is now fixed for me and working as desired. Thanks so much again.

What an awesome, useful update

I looked for an answer to this but couldn’t fine one - I hope someone can help.

Currently using CC2 on a Monobright 64 grid. All works fine from a functional perspective.

I wondered if there was a way to show the information on the grid differently - it would be useful to have all the pad lights ON (and for them to blink OFF when activated) and for things like like the zilchmo and bank buttons to be permanently lit too.

Is this easily modifiable?

just to confirm, you have grayscale selected under PARAMETERS > GRID/ARC > grid LED style? i ask because the two modifications you mentioned should be how the grid displays with this setting – we somehow don’t have a monobright in the workshop, though, so i’m unable to test at the moment. if you do have this setting turned on, just lmk and i’ll dig around!

My good ness it works perfectly.

Hey folks! Long-time lurker first time poster here. Blown away by this script, @dan_derks vision and ingenuity, and the collective effort that’s gone into improving it. Big props! So I just received an MFT and noticed some strange behavior from the get: cheat codes responds to the intended mappings, but the encoders only increase values, no matter which direction they’re turned! This means filters sweep into nothingness, resonance builds into self-oscillation, etc. I’ve followed the setup demonstration covered in the fantastic music hackspace tutorial, updated CC2 to the most recent rev, and fiddled endlessly with various MIDI settings, all with no luck. The encoder behavior must be a pretty strong lead, if I had to guess. Thoughts?

thanks for the kind words @_colinedward

stoked you’re digging in and enjoying it!!

just to confirm, you installed the cc2 template on the MFT (see the top post)? nobody else has reported similar behavior, so i’m assuming it’s a config thing, but lmk!

And there you have it! I’ve been solely digesting the main docs and tutorials and completely ignored the OG post. Goes to show my first post would result in the most precious of hand holding.

no worries! there’s a ton of info in this thread that i’m excited to revisit communicating with cheat codes yellow

thanks so much for dropping by, i’m glad you did!! 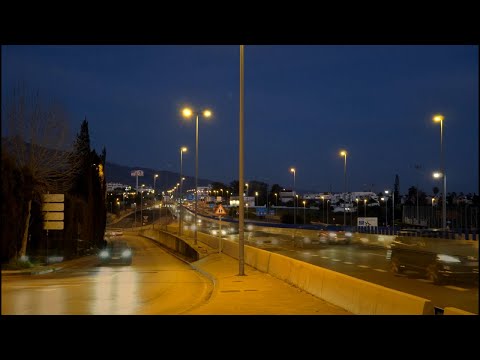 Based in the minimalist music from the 60s and 70s from Steve Reich, Terry Riley, Philip Glass and others,
I used a Zoom H1n handy recorder to record three simple 15secs piano loops and used euclidean rhythms to play all the samples. It’s very fun to make rhythmic variations altering the parameters of the euclidean rhythms. Maybe in the future is possible to add somekind of euclidian page in the Grid for live manipulation of its parameters?
On top of that I used the Deluge to play some synth sounds and a bass.
For this video I recorded 9 different timelapses from the place I live, San Pedro Alcántara (Spain)
Again, thanks to Dan for this beautiful and fun to play script!!

Hi folks, just a little squiggle of confusion here… I have digested the wonderful and very watchable “cheatcodes codebreaking” video on youtube three times through now… And i seem to have one gesture i wish to use which wont work for me… In the video, it is explained that after a sample is live recorded to a buffer, that can then be mapped out to use all the 16 buttons by holding alt and the bottom left unlit key of each section… I have been trying this with my (latest) version of cc but it doenst seem to work for me… I wondered if this was now moved elsewhere or similar… I cant find confirmation in the pdf?

Sorry if im Missing something obvious… I am still really digging into all the many options (ive actually decided to remove all scripts apart from cheatcodes, mlr, barcodes and compass for now, to really force myself to go deep rather than broad in my appreciation of these masterful apps.

Thanks and sorry for the noob questions

hold alt and press second from left on zilchmo row 4 to auto chop bank to live buffer window. You can resize the window on the L page and when you auto chop that window will fill your 16 pads. That stumped me for a wee bit too!

Aaaah, there we go

SO I was right in that the way I saw in the video is now a defunct command?? phew, I thought I had messed something up.

Right, just need to get home and try this out the way that it is now done