daaaaang, this is great!! thank you for sharing, @SMesquida. it sounds like you got to a nice zone with the stutter

somehow didn’t make it into the PDF docs, but it’s under PARAMS > patterns + arps > grid pat style. rad sauce records zilchmo 4’s into the pattern, but it remembers the before and after states, so it’s not like a continuous randomization, but it’s more like a repeat of the random events that occurred.

Well, I guess I should try this… in a new sketch

thank you for the help!

you totally can, there just aren’t many video examples of this workflow. the manual in the top post will show you how to load samples, record live audio, loop, change pitch and loop points, add envelopes, filters, and randomization all without any external controllers.

once your pads are set up, you can either let some loop with envelopes for nice ambient washes or you can control + trigger them via random patterns on the [timing] screen or euclidean generators on the [euclid] screen.

i’ll be doing a workshop soon that runs through only-norns cheat codes play, so please lmk what questions you run into which aren’t clarified in the docs 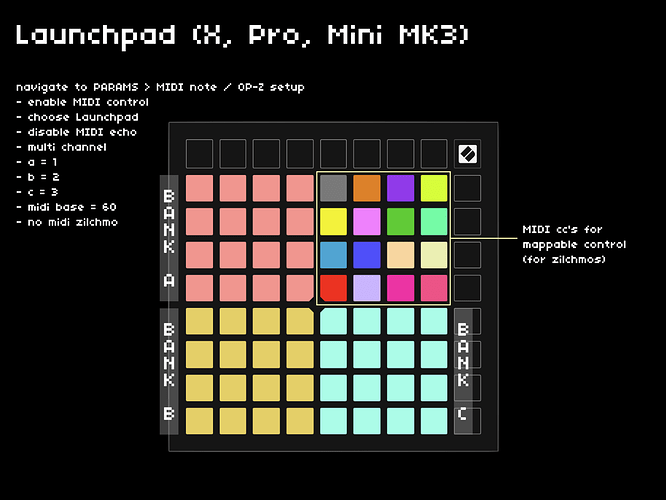 3 banks are solid colors, rainbow section is for the following MIDI-mappable triggers + mods…

until the next norns release, you can’t save a map without saving a PSET. this save mappings function works around this by allowing you to trigger a mapping save whenever you want.

configured as a momentary hold, which passes special functions to the other MIDI triggers + mods

the most common zilchmos, available for MIDI mapping!

a held zilchmo mod affects the next-played pad. works nicely with a 16n, where a flip of the fader will modify any next-played pad via the corresponding change. eg. keep the fader for random window up while an arp is running and every step will result in a unique slice.

same as they ever were, but touched up a bit to work more smoothly. also included a MIDI mappable toggle loop function.

the idea of coupling pads with note output has been batted around for a few months between me, @mlogger, and @MatthewAshmore. i put together a quick implementation a few weeks ago and totally fell in love with this style of play.

in the video above, Just Friends is being sequenced by the same arps that are also playing back recorded audio of Just Friends.

more output destinations to come, but MIDI and JF should get things rolling

here’s where you can specify whether, where, and how notes are sent from each banks’ pads.

there’s a global section for quick changes across all banks (eg. I know I want all banks to send notes to a connected USB MIDI synth on channel 2). there’s also sections for each bank where things can be fine-tuned.

it’s been a bonkers-ass year and i am deeply grateful for the positivity this community has brought to my life. thank you for sharing your work, your energy, and your kindness with me and each other. stoked for what’s to come.

wow. exactly the kind of meta/ecosystem ideas i’ve been looking to explore lately. thank you!

this is so exciting! picked the right week to grab a crow, can’t wait to mess with it.

The mvp that was missing for gridless ops is here!

I’ll try to update the TouchOSC layouts soon, with the new MIDI functions it’ll be closer to Grid than ever.
Is there a list for all the params open to MIDI and how to address them?

when I was msging you it hadn’t even set in how rad this update is. thank you dan and thank you everybody who pushed for the midi, super useful to me.

Just Friends being sequenced by Cheat Codes that is also playing back recorded audio of Just Friends is mind blowing. I don’t have words for it. Is it a meta delay? A sequenced delay? Anyway, it doesn’t matters. The most important thing is that it sounds amazing!

Hello guys, just a question, is it possibile to use cheat codes 2 with Crow connected via i2c with Disting ex?

Woooooooo. It’s a great implementation, we can totally say CC it’s an instrument in itself.
Congrats @dan_derks, greatly impressive!

thank you for the positive vibes and warm messages, all

i’m glad to have a concrete version of this thing which has been lurking in a few folks’ imaginations, so truly thank you to everybody who brought it up over the past months

Is there a list for all the params open to MIDI and how to address them?

nothing formal – the OSC addresses for everything will surface when you enter midi mapping mode on norns. in case it helps, here’s the bulk of the parameters in the code. the trigger-style ones perform their action when called + the momentary-style ones (eg. all the zilchmos) modify pads when the “gate” is “high” (1). please lmk if you run into any weirdness and i’ll be happy to address! stoked for new touchOSC layout, thank you thank you thank you!

is it possibile to use cheat codes 2 with Crow connected via i2c with Disting ex?

ooo a cool idea! that would require crow to support Disting EX, which has not yet been implemented. when it does, though, it should be straightforward to add some basic commands

Blockquote ooo a cool idea! that would require crow to support Disting EX, which has not yet been implemented 4. when it does, though, it should be straightforward to add some basic commands

Thank you Dan! Hope it will implemented as soon as possible

can’t imagine someone hasn’t mentioned this already but I love the big load screen, reminds me of something I can’t quite put my finger on… 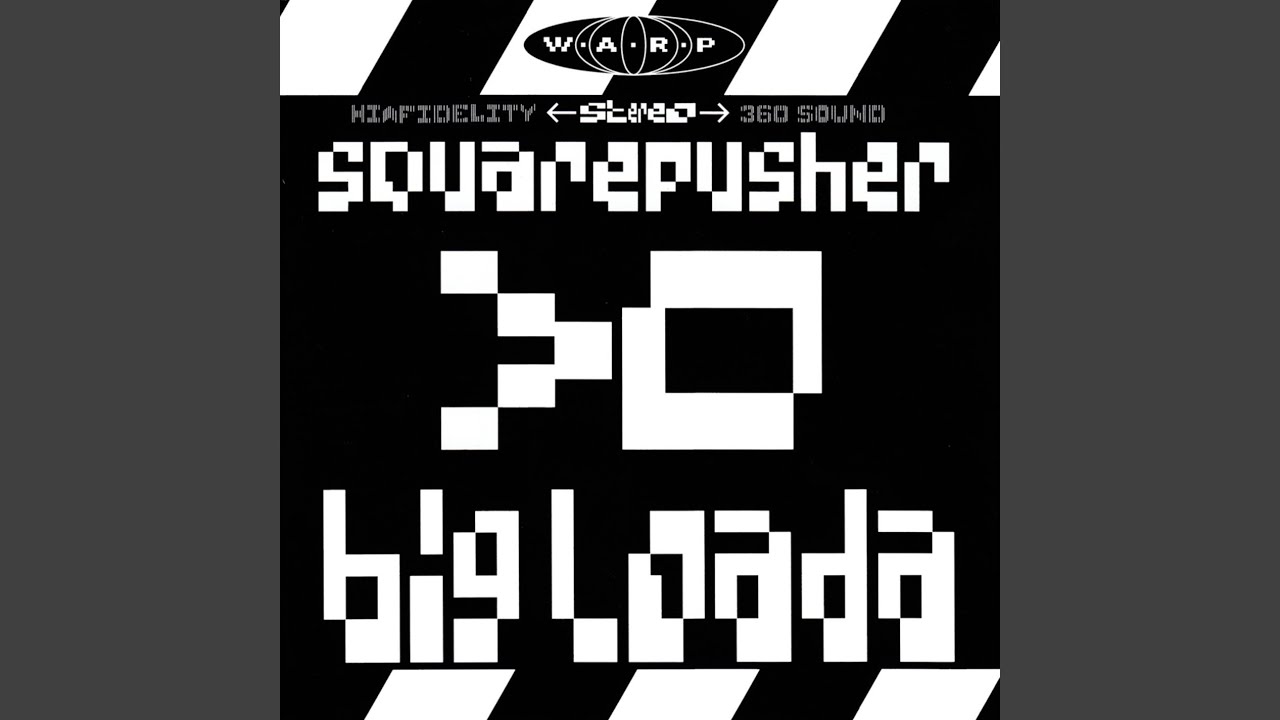 Sorry for the late response, I’ve been super busy with the holidays! The main screen would be ideal, and I was thinking it could be possible to add through a combination of alt patterns similar to how it would be done gridless by holding down alt and then tapping the tempo, but also having it to be able to be done single handedly with grid would also be cool. Would combination of Alt + any alt (tapped) or having the alt for each bank also having the capability of being a tap tempo be more easily implemented?

Hello,
thanks for the amazing work.
I have tried to make it work with my 64 clone but I do not have the correct leds feedback and also I cannot get the 3 top left buttons to work as they should.
The monome I use for norns (I have also a 128 but it is with modular duties) works with some scripts (loom for example) but not all, so it is unfortunate that CC2 is not on the list.
I was just wondering what is the difference in code with something like loom in the grid management.