Hi all! Excited to share that my latest recording is out on Toneburst today!

“Drone & Drama” is a series of guided improvisations focusing on the dnd Norns script. 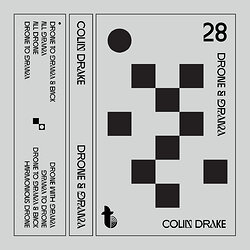 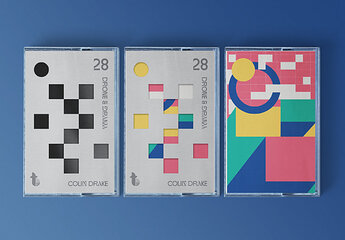 Last November I began getting into and researching DIY synths. I happened to come across Drone & Drama, an instrument designed and built by Barry Joseph Cullen. I immediately found the design, aesthetic, and recordings he’d made compelling so decided to take a stab at implementing a simplified version for myself to play with. After sharing the work and some recordings with Barry and talking about open sourcing it, we started talking about making a release as well. In the spirit of his original recordings, all of the tracks on this release are guided improvisations (“drone to drama”, “all drama” etc). The final set of tracks were chosen from a three week long daily (and then some!) recording practice after finishing the script. The prompts written by Barry describe not only the aspects and functions of the synth, but also describe the architecture of the pieces themselves.

Gear-wise, again everything is centered on dnd for Norns. In addition to this I used a feedbacking fuzz pedal (from Electro Lobotomy) and contact mic (by Crank Sturgeon) for additional texture and processing. Rather than use the mic traditionally I accidentally discovered that squeezing it interrupted the fuzz in a delightful way (DC offset maybe?), allowing me to play with noise in a more lyrical way. A MIDI Fighter Twister was used to expand the number of dnd parameters available for tweaking at once (it’s now become a fundamental part of the software instrument for me). 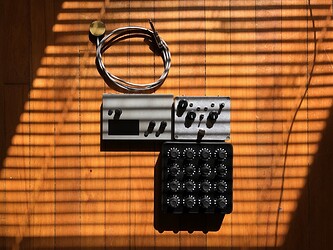 The recordings themselves are fairly representative of the original performances, only slight EQs, panning, and spring reverb were added in post.

Thanks for listening! Happy to chat or answer questions!

Used the edpe-wqcp code - thank you! Been enjoying a lot of the Tone Burst releases recently.

All over this. Used the xj4v-cgrw code. Thank you!

i grabbed r49f-cts2 – love the script! thanks for sharing