@renegog and I would like to present to y’all this humble lil split we did. 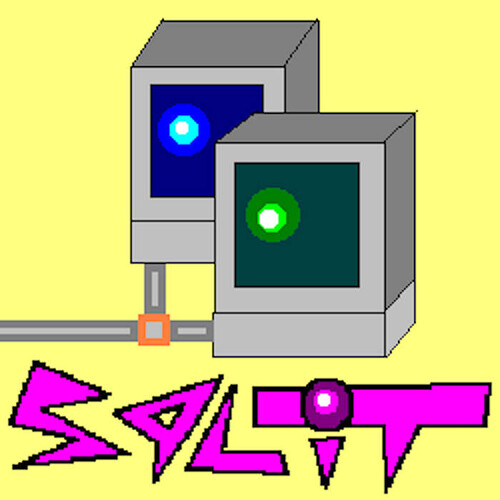 burple1 & love note were both made through a process of layering, at first recording modular bits to a 4-track tape recorder and then recording that into the computer — these provide the backing for both tracks. In the DAW, I programmed the drums for burple by chopping up samples, some from @glia’s yelidek sample pack [Dek: Sample Packs]. For love note, I chopped up a talk given by Kenneth Anger and spliced bits and pieces, and ran them through supermassive. Both tracks were processed with goodhertz plugins — vulf, there’s some trem control, i think that might be it.

The remix I did in renoise to honor my collaborater :] autochopping the song across a keyboard and then live-playing it in. Then, just to annoy my collaborator [: I used the amen break in a deeply unoriginal way.

esi and bx were both made thru basically the same process – some synthstrom deluge sketches were run live into a digdugydiy purple rain and then routed into a semi-synched cheat codes session for live choppage (s/o @dan_derks, that script just continues to give). str8 to stereo master bb, no edits here (read: i’m lazy).
the burple remix was done in renoise based on uhhhh chopping up the original and then sequencing those chops. nothing fancy there

pretty sure the idea for this split came out of the first lines community stream, so it feels great to be able to finally get it out and share it with the lines community, wouldn’t have happened without y’all!

DATAFRUITS.FM is the world wide web's wackiest radio station. It's just a website.

the df strim was great!

you both already know how much i dig this