If it happens again and you wouldn’t mind grabbing a quick video with a clear example, that would be great. We can work together to try to debug this, as well (another day – I’ve got some things I need to tend to now). I’ll just drop some prints in the script and make it go.

Sorry for the silly question, I’m a newbie…How do I install it? I copied the github link in maiden but it didn’t work

Download the zip file then remove whatever thing github adds at the end (the file name should just be ‘colorwheel’. then drop that file into your code folder on norns.

If you’re not sure how to access norns files from your computer, I’m pretty sure this is the guide:

into the prompt should also work, yes? (it worked for me!)

didn’t know you were up on this! please do report back w/ experiences (audio!). also forgot to add you to acknowledgements. I think you helped with a thing one time.

Well, when I open the script it says “no script information” then after I push K3 it starts loading (loading appears for few seconds) but nothing happens even after several minutes of black screen

that is true. there is no script information. the black screen means it’s working. you’re good to go. plug a grid in and watch the video!

ok I am utter shit with sequencers, but here’s a lil bleep to prove i got it working

just on ground 0, randomizing the sequence & playing with the interdimentional sliders & there’s so many sweet spots to discover & (attempt) to transition between

if you have a way to record midi from norns to your computer, you can use your computer as a go between, do a long take, edit it down, and then appropriate that midi for any use whatsoever.

i haven’t heard anyone else play it yet except bryan. this is so special!!! thank you 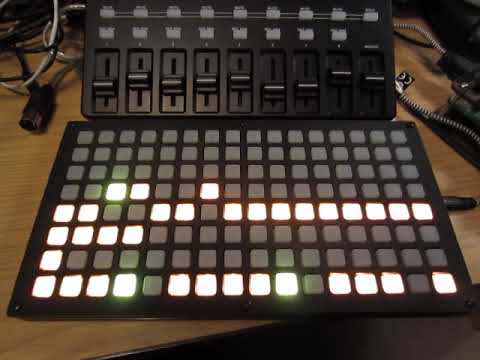 It didn’t take long to do this ~ 5 minutes of griddenpoken. Same as last time - the velocity and note length pages. Hope this helps and thanks again for the amazing work!

awesome, thanks! Should be a pretty quick fix. I have a few ideas what it could be (encountered similar behavior during testing). Just a binding issue between the interface objects and the params. It’ll be fixed in the next update for sure! (eta early next week)

Digging it for sure!

Made a quick demo track just for yuks: 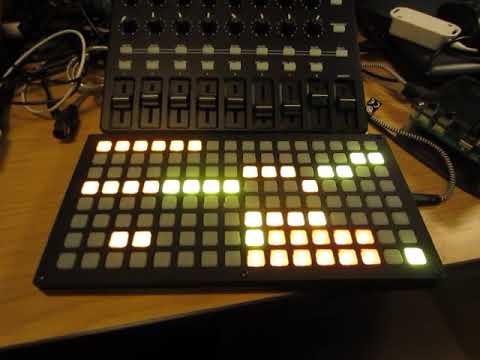 Awesome job on this script! Super excited to see how it develops! The midi is working great with Digitone, which it matches nicely with as there are 4 distinct instruments to match the tracks.

I have another synth and/or midi-cv for the modular that I would like to introduce but I can’t figure out how to direct the menus in the ‘meta’ stage to other devices. I guess I could break out midi cables and use midi thu possibly. Do you have any tips?

I would love to have the ability to save sequences/states. Saving midi into Ableton is great of course, but it also closes doors.

You can use the preset system in norns to save states as normal. It’ll save everything.

As for the midi stuff: can you provide more details on the device? If it’s a USB connection, plug it into norns, and make sure that it is in device slot 1. If the receiver requires a specific midi channel, you can go to params → meta → midi channel x to change the midi channel for each track.

Thanks! It’s a usb connection to a Hydrasynth. How would I direct track 2 to usb device 2 or 3? I can see the options for midi channels but not for selection of device.

that is not currently a feature, unfortunately. I do not know how to do that, honestly. I’ll get it working sometime next week, though.

I always thought that midi data would transmit to all devices, and it would be up to those individual devices to do with it what they would, depending on the channel of the data. I was incorrect (found out earlier today, if you look earlier in the thread a bit). Nowhere in the code do I designate “transmit on device 1”, so it’s a whole other hidden layer of control I’m gonna try to pry open and expose to make it dynamically reroutable. I agree that this will be awesome once it’s working!

@rheslip just watched that video. So cool to hear it on four different timbres (which is really its intended use). Killer stuff! I’d recommend giving it a shot sequencing drums by randomizing – you have to make sure that all the notes are actually in a range that triggers a drum (usually just putting them in the same octave), but the clock div and loop lengths really shine on percussion. I put a lot of effort into making the randomizer spit out tasteful results, and was pleasantly surprised last week when a friend was over and we accidentally had it rigged up to a drum track. Esp. for techno type stuff, it can rip.

still figuring out how i feel about the note collection stuff with the transposing-by-fifths (second set of 4 faders). not used to having different tracks on different settings in that section yet… i feel like i always move all four together and avoid the note clashes.

otherwise i think i have more work to do with instrument selection and timbres than with the script haha – I just chose the 4 felt instrument VSTs, slapped a reverb and bus compressor on it, really didn’t mess with it. Fun way to cap off a night!

This sounds so cool! Glad you gave it a spin

since you’re a head and I’ve been wanting to get down on this with someone:

This looks so cool. Can’t wait for crow version as I don’t possess anything midi, but using with modular would be unbelievable!!

ship me two crows and i’ll make it happen lol

I have a case and power supply and a rings. I sold everything else. What god would let this happen?

EDIT: Do you have a computer?