I have two 64 grayscales and would like to use them together as a 128. Mainly for terms and 16 bar drum patterns. Is this a hassle to setup, or an easy solution?

Modern alternative to Griddle for merging monomes/arduinomes?
chailight September 7, 2016, 10:55am #2

I have essentially done the same thing with two diy 40h grids. It’s not super hard - but you do need to be prepared to do some hacking inside Max for Live, so if don’t own a full Max/MSP licence and you’re relying on ready made devices, then this journey may not be for you.

The main steps are to add in a second device selector and to put some logic around that so that any output from the terms patch (for example) to the grid gets split and translated to the relevant physical grid. Likewise any input from one of the grids gets translated so that it appears to come from a 128 instead of a 64.

I’ll see if I can dig up the example mids I’ve done - I never tried to mod terms, but I think the same technique should work.

monome serial used to support offsets for individual devices, which would handle this without any special max programming.

but, looking at the osc docs for serialosc, it doesn’t actually look like that feature made it over… maybe there was a good reason why?

yeah it seems like the best solution would be if it functioned as a 128 at the root level, and everything else just knew it was a 128.

I’ve done some minor tweaking inside of max for live, but I dont think I own the full license. You can edit things in Max for Live, i’m not sure what the limits are.
I mainly would like to use the terms step sequencer for drum patterns.

@tehn or @wrl, was there a reason for omitting this? seems like it’d also be helpful for turning two modern grids into a 256

Is there a solution for combining two 64 to a 128? I want to combine two 40h grids and use them with a norns shield.

I remember, that when the 40h was new (about 15 years ago) there was a way to combine two units to one 128 grid unit. But that was long before norns.
Now I was super happy to discover that the old 40h is out of the box recognised by the norns shield.
But most scripts supporting a 128 grid. I don’t know how the logic is implemented, but is there a kind of “driver” that can be adapted to combine two 40h units as one bigger 128 grid?

A while back I adapted a few of my favourite scripts to use two 40h kits side by side.

Here are the code mods that I made: 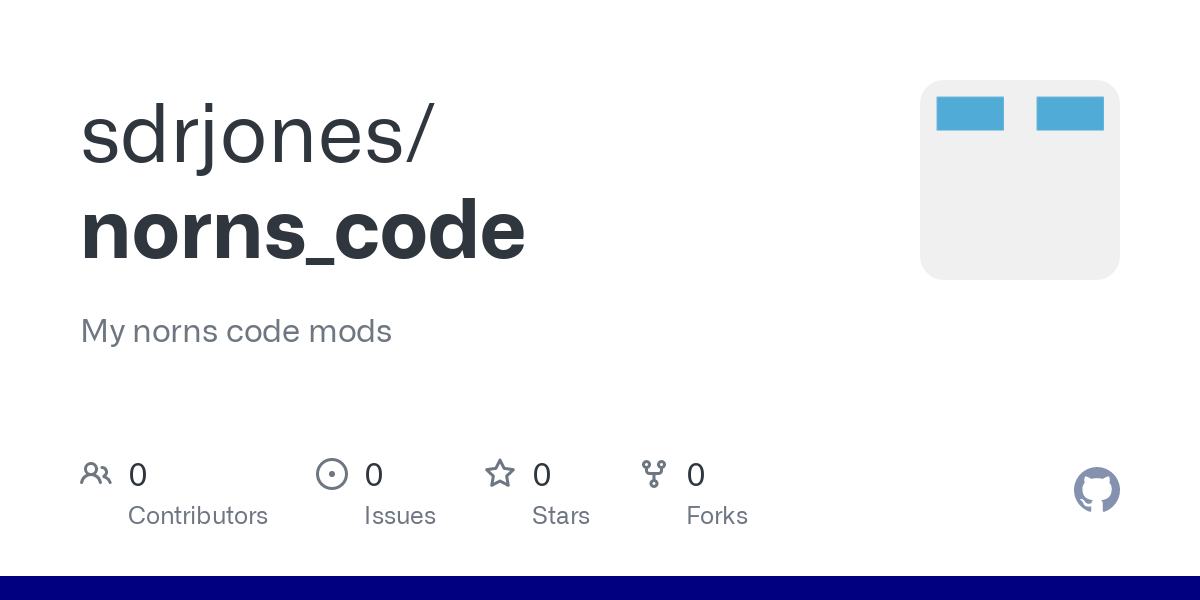 My norns code mods. Contribute to sdrjones/norns_code development by creating an account on GitHub.

Haven’t worked on it since I became the proud owner of a new 128 grid though - so I have no idea if any of it works with a newly updated Norns shield.

Also you could probably do this much more efficiently using mods.

Anyway the main idea of the update was to include lib/twin40h.lua in the script you wanted to get working, something like this:

Then as I remember you could probably use “g” like a normal grid object.

Note there are two attempts to adapt awake for 2 * 40h grids. I think awake_2h40.lua was my favourite because it implemented a brief pulse to show the cursor position.

Anyway this is all pretty hacky stuff and I hope people will jump on here and explain a much better way of doing it which involves less maintenance whenever existing scripts get updated.

My ultimate solution was to get a new grid but I admit that’s cheating - I did learn a heap about lua by getting things working with the 40h kits.

Thank you. That sounds like a first step. Don’t know if I will find the time to hack into it (and I am new to Lua). But good to hear, that someone else had the idea to recycle the 40h grids.