I know what you mean…if it weren’t a kit I’d be more tempted.

Very cool. I wish it were a little more compact and had a 5 pin midi out.
Super nice though

thanks for the interest in the faderbox designed by knobtronix.co.uk.

the thing is that it’s not really that compact as it uses 100 mm faders and spaces them in such a way that there’s comfortable space between the faders. if you were looking for something compact maybe the livid DS1 or novation launch control xl might be better suited. although one would get only 60 mm faders. or maybe knobtronix makes a more compact version in the future. not sure though.

with regard to group buys / shipping to the US. the reason why we had decided not to do shipping to the US is due to the import tax. we thought that’ll get too expensive to make sense. but if you want i could check.

thanks again for the interest.

[quote=“constantinpopp, post:27, topic:3264”]
the thing is that it’s not really that compact as it uses 100 mm faders
[/quote]that’s what makes it great

ah,
sorry, the launch control are just 8 faders, though. the ds 1 are nine.

heads up that this is open source:

[image] grouped into powers of four: 1, 4, 16. to address different levels of granularity. no visual feedback, just high quality pots. usb-midi for plug-and-play compliance, CC 1-21 i basically created a 128 grid sized shield for the teensy 3.1. or, it could just be considered a very expensive wire harness. the board uses the same high quality Alpha pots we import directly for our eurorack modules. the teensy code has one stage of noise filtering and is incredibly responsive. this is quite p…

would be an very easy first DIY eagle layout for someone to make this 16 faders.

would be an very easy first DIY eagle layout for someone to make this 16 faders.

is everyone feeling strongly about 100mm or is 60mm acceptable? i’m asking because i have yet to find a 100mm fader with a tall arm and i’m personally interested in music easel style faders, ie: 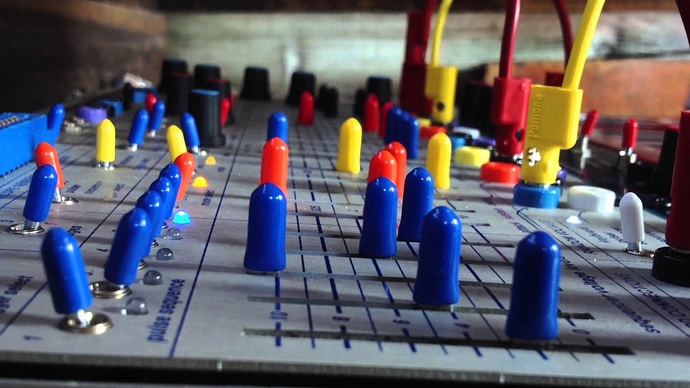 16 60mm buchla style faders would be an instant buy/make/steal.

60mm would be fine by me.
I would reeeeeally like to have a midi jack on there but not sure that would be possible with @tehn’s design. Any ideas?

This looks like a reasonable tutorial for adding a 5-pin DIN MIDI output jack to an Arduino… using a Teensy instead shouldn’t be that much different.

That Knobtronix kit looks fantastic - has anyone on here built one? If so, how long did it take and was it easy?

You can still pick up Kenton Control Freaks - they are heavy but really well made and Kenton still support them, I bought a pair of new fader boards a few weeks ago. Programming them is slow but you can get them to do more or less anything you like, provided you want some midi sent.

I also have a Kenton Killamix, which suffers from the worst name any product has ever had. It’s really nice and the switching system works well allowing 9 knobs to cover lots of around. I really struggle with encoders in a gig setting though - they are not quick or slow enough and the vari-speed solution means that if you increment and decrement the dial at different speeds you end up in a different place. Fine in a studio, not at a gig.

Last, I just got a PC4. It’s almost exactly the same size as the Electron boxes, 24 proper dials. Not quite as solidly built as the Kenton stuff but it looks decent quality.

It’s less the length of the faders and more the feel of them. Lot’s of short faders feel kind of uncertain. The point of controllers is to connect more directly with the sound - as long as the faders have an appealing action then people will enjoy them.
I’d love 16 Buchla style faders.
If you made it so that it was a good height/width/layout next to a grid I suspect you would have many people interested.

I own the Faderfox LV3 and the faders feel nice, precise and with a decent action.
16 of those without all the other buttons etc would be great. 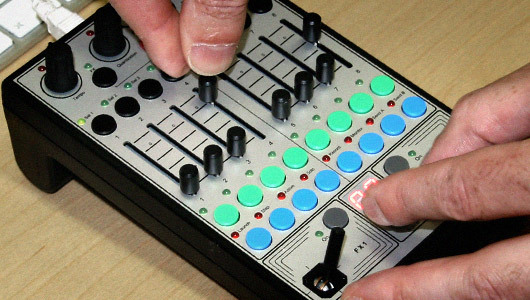 I would reeeeeally like to have a midi jack on there

it would complicate the circuit and code a little beyond my newb-level understanding… but seems worth figuring out if enough people want it. a din socket is pretty beefy - what’s the consensus on midi over 3.5mm?

also feeling like the teensy’s micro-usb is a bit too fragile. personally, i would prefer mini-usb or even full sized.

The Faderfox PC4 is well built and really brought my A4 to life for me: 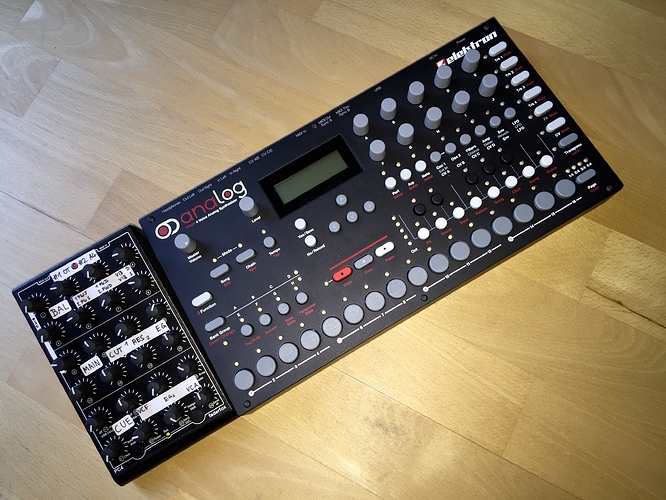 I also use the Korg Nanokontrol2 as a faderbox for the 16 main & cue output volumes of the 8 tracks of the Octatrack (and the Akai LPK25 as a keyboard to conveniently set sample pitch parameter locks): 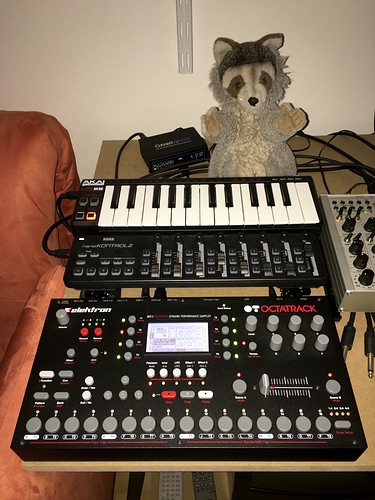 i’d already be ecstatic if you kept the midi-over-USB capability of the original design.
for my intended use case only having USB will be good enough.
and my experience with micro-USB is pretty good, at least in studio use.

I’ve not had a chance to get mine set up but I had to get it out and put it next to the Elektron box, it’s a good fit. Did you do the midi remapping on the unit or are you parsing the midi though Max? I didn’t see any editor software on their site but the unit came with a DVD!? Presumably because it’s been in the post for a decade?

the new faderfox units have a really good midi learn function. (check the manual for how to enter learn mode) just choose the knob, adjust the setting on the elektron you want it mapped to and voila!!

(you need midi cables in both corrections of course)