hello! the initial idea of emoji-based improv popped into my head over the weekend, and i spent the last couple days planning it out and ruminating on the details. this is the first time i’ve plotted out any kind of performance, so i would love any input on making it better! i’m hoping to get a group together in the next month or two to give this a shot. thanks to @Voltmeister 's similar thread for giving me a checklist of practical details to consider, and @dan_derks and @andrew for their input/support.

Length
30-90 minutes depending on how many people are involved

let me know what you think! is this something that sounds fun to you? what would you change about it?

I’ve played with groups in similar ways before, but using emojis as the improv cues is a pretty clever twist!

We used a Max patch for our timer. It was pretty simple: we used the [lcd] object with a scaled counter and rectangle drawing messages to make a wiper across the bottom of the screen. Once the wiper went all the way from left to right, it would reset and the next section would begin. All the timing was stored in a [coll], with some text blurbs that would pop up as well, describing the section as reminders (who performs, how they perform, etc). This was all sent to a full screen jitter window on a laptop on stage. It worked well for the performers and the audience had no clue!

Max lends itself well for these kinds of things, but it doesn’t seem to support emoji’s as text, so you’d need to keep a folder of JPEGs or whatever of all the emoji’s you’d want to use.

There’s many ways to layer the emojis on top of visuals. I know how to do that pretty easily in Max, but I also make my visuals in Max, so that may not be the best approach in every situation. For the most flexibility, you could try to setup a scene with OBS to layer and combine various video input sources (hardware or software).

Re random or pre-selecting emoji pairs: I could totally see it go either way, but I’d just make sure you program some kind of self-awareness into it so you don’t happen to get the same pair twice in a row or similar pairs consecutively. (Unless that doesn’t matter to you, then by all means!)

For example: I made this simple but fun interactive generative harmony machine for part of my capstone project last year. To build an actual sense of harmonic rhythm, I made a table of probabilities based upon traditional harmonic progressions (adding in secondary dominants and modal interchange as well) that considers the current chord being played, and can proceed in harmonically-logical ways.

Granted, making a table like that for over 100 pairs would be really tedious and sounds not fun. If you had maybe 20 favorite pairs, and mixed these guaranteed good pairs with totally random ones, that could lead to interesting results!

I think this is an extremely fun idea. I just chucked together a little webpage to generate emoji pairs, so that I could try and improvise to them - and see how it works.

It’s at http://purring-cup.surge.sh/ The pairs change every 5 minutes, but beware there are currently very few emojis because I didn’t want to type them all in.

Does anyone have access to a text file with all or most of the good emojis in?

I think this is great! Depending on how comfortable most of the performers are with free improv, I don’t think timing and keys are necessary (in fact this may box in some of the performances to remain tonal, when they’d otherwise be more textural or gesture based)

I love the sharing of voltages and audio sources - you could have everyone routed to a central rig (or computer) that will automatically route the audio and voltage of the performers you’ve been paired with to the “console” for each “box” performer (likely 2 audio sources or one audio and one voltage source right?)

took some regexing, but this should be most of them! (sourced from this list)

edit: apologies - on the first past the regex effed up the country flags, should be all kosher on the gist now.

Argh, the flags would be such a pain. I don’t know most of them, let alone be able to whistle their national anthem!

woo! Thanks a lot. I’ve update that url with everything in that list now.

Next step is to make it more intelligent -
ie 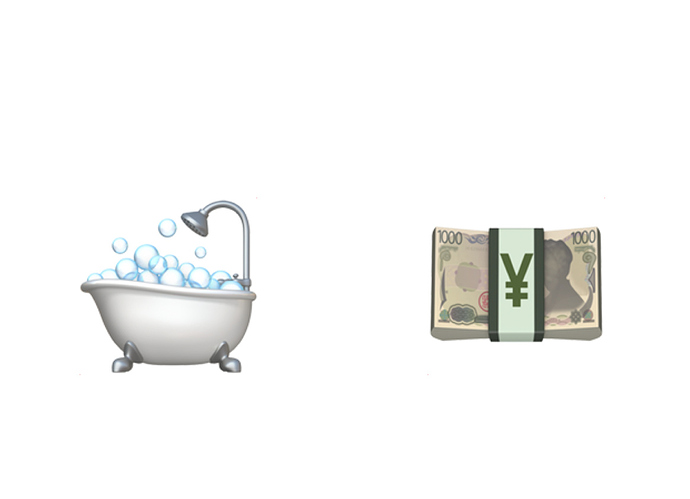 In case you want to go even more in detail and generate your own emojis:
https://phlntn.com/emojibuilder/ 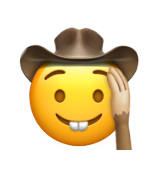 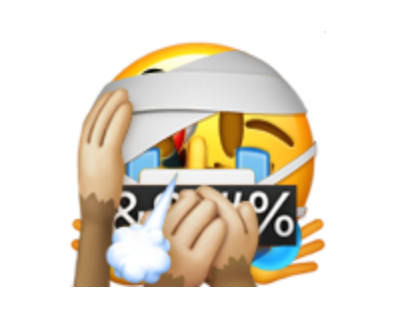 Sounds like big fun! Would love to see this one live in a room. Great concept. Glad to have been of help.

thank you all so much for your interest/input!!

@jwhiles that website is brilliant, i wish i could “just chuck together” a website! i agree that we need to cut out some of the emojis - definitely flags, probably some of the more vague symbols (

), all but one or two of the clocks, some of the many money-related emoji, maybe some redundant faces/people, etc. i’ve been “advancing” by just hitting ctrl+r, but that wouldn’t work if some kind of emoji tracker or timer was added. also, maybe another button [esc?] that closes the curtain on a performance?

@xeric i agree with you about the key changes - i’ll cut that from the rules. what do you mean about timing? like, the emojis should just change every now and then and the performers shouldn’t have advance notice (in the form of a countdown)? that would definitely make the show even more improvisational but it may lead to performers missing cues. maybe a single timer for the overall performance time? maybe even that is too much structure?

regarding shared voltage - i was thinking less about a central console and more about two euro systems sharing an LFO, two others sharing an EOR signal, two others sharing an oscillator, etc. maybe something like the bored brain patchulator could serve as a signal hub? i’ve never actually used one, but it looks like it might do the trick. Also, a tiny case with a bunch of buffered mults could do it. did you have something else in mind?

@lijnenspel maybe reacting to a “custom” emoji being built live is the encore??

what do you mean about timing?

Oh I just meant tempo / click tracks might not be necessary (and one less thing to coordinate). I can see advantages of sending clock signals to the box performers, but it would make tempo changes or free flowing rhythm within a section difficult / impossible. I suppose “no tempo” or “no key” could be built in as specific options that would come up randomly

ah that makes sense! i thought you were talking about emoji pair timing. yeah i suppose that clock could just be one of many possible shared signals to be used or not.

I’ve update the site now - if you hit enter it will advance the pair of emojis, and reset the timer to five minutes.

What did you imagine happening when escape gets hit? Do the emojis disappear?

the code is here if anyone wants to take a look https://github.com/Jwhiles/emoji-pairs

i think that would work! it would be useful to be able to show a blank screen between performance groups that doesn’t reset the redundancy tracker - it doesn’t have to be the escape button, any key would work. is that possible?

Yeah definitely. I’ll add it when I’m next at a computer

Has anyone tried doing an emoji performance yet? Would be fascinated to see/here