So, my music-making background is squarely rooted in rock music, but I’ve been spending time in the past couple of years trying to improve on making more electronic/experimental music. I’m interested in learning more about creating music that isn’t about the typical rock/pop structures and instrumentation. I feel like I need to spend some time analyzing the arrangement/structure (micro and macro, really) of the electronic/experimental stuff that speaks to me so that I can learn more about how to approach it in my own work.

I’ve only really done a small amount of critical listening in the past, beyond the act of learning songs I like on guitar or bass, and I’ve never really come up with a good system for doing it. It seems like the obvious strategy for understanding things better.

Does anybody else visually diagram out music they’re interested in? Anyone have any good resources (books, articles, apps, systems, personal tips) for getting better at doing this? Any other tips?

On a side note, I think part of my struggle also stems from being in collaborative band setups for most of my music-making life, and doing this solo is such a totally different beast. But that’s a story for another thread.

you can analyze things in so many different ways. and one huge caveat/distraction from progress is that in music training, people left to their own devices (unless a particularly high level of self restraint is involved) usually lean toward what they know or are already comfortable with.

the biggest musical puzzles i’ve ever been faced with were in music school. theory requirements, composition. absolute demands on active listening. mostly stuff i wasn’t jazzed about. but i know it changed my brain.

any active listening is a good start. but there is instantly a cliff to jump off regarding documented analysis of pieces/tracks/songs.

if it is a simpler side of seeking a bit of inspiration for structure (or the bones of tracks) then mapping roughly (or as deep as you want) the general lengths and durations combined with what is happening during those times. could even be a narrative. but i used to do little charts. 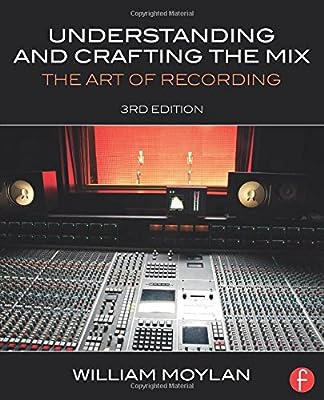 Understanding and Crafting the Mix: The Art of Recording

this is one of my old professors at UMass Lowell. the book is still my bible and super informative to training your ear and your attention.

through his class, we mapped out a few different things. best thing for my ear was mapping out the perceived loudness of a sound source (how loud it is in the mix compared to the average loudness of the mix and the surrounding sound sources) vs the perceived performance intensity (i.e. how loud the instrument was actually played). listening to any mix like this is super interesting and a wonderful way to train your ear to how sounds interact.

Do you use a DAW? I’ve seen people import songs into Ableton in order to have a visual representation of the song structure.

You might also check out @Ethan_Hein’s blog where he goes deep into breaking down songs, how and why they work. Though he tends to use pop songs, not specifically electronic. He would be a great person to ask about techniques for musical analysis.

by the way, im in portland if you are ever looking for a collaborator to explore electronic music

I feel like I need to spend some time analyzing the arrangement/structure (micro and macro, really) of the electronic/experimental stuff that speaks to me so that I can learn more about how to approach it in my own work.

You are right…what are some examples?

@dude: Yeah, I think it is actually more of a rough mapping I’m after, at least on a first pass.

@active: I’ve actually had that in a list on Amazon for a while now. Maybe I’ll finally check it out.

@itssowindy: Yeah! I’ve actually done this in the past in Bitwig since it’s so easy to split/label audio in there. Well, Bitwig to outline where the “bigger” changes are happening, and then maybe another document to make some more notes in. I’ll check out @Ethan_Hein’s blog, too, thanks for the tip!

@glia: oof… yeah, that’s kind of what I’m doing right now is starting to add the stuff that I find interesting to a playlist so that I can start teasing them apart a little. Lately my electronic listening been a lot of stuff from Modern Love records (Andy Stott, Demdike Stare, etc), Haxan Cloak, The Body, Kangding Ray, JK Flesh…

I’ve also been slowing going through this thread: Books about sound, noise, listening

I find it helpful to explore the intent behind the music being made – ex. a lot of noise music is by people who feel disenfranchised or unheard, or by people who find loud and “harsh” sounds cathartic. If there’s documentation or interviews from the artists you’re interested in (or better yet, if they’re still alive you might be able to contact them!) then that could be helpful as well. I know that hearing some of my favorite composers talk about why they make their music was helpful in showing me how I could listen.
I would say Software for People by Pauline Oliveros, and anything about Deep Listening, could be helpful. And I also enjoyed Ear Cleaning and The Tuning of the World by R Murray Schafer, the latter of which is mentioned in that thread.
A lot of contemporary music that is made without traditional forms is focused on texture and timbre. We don’t have a very elegant language (yet) for describing these aspects of sound, most of them are things like “warm” or “tinny” or “bright” or “boxy,” but learning to identify those things was very influential to my listening practice. Here’s a decent blog post about those terms. I have seen some good charts describing this, but google isn’t turning any up right now.
Personally, I listen to “experimental” music (forgive the term) in a couple of ways simultaneously: Vertically, I listen to what is happening in different parts of the audio spectrum, and how those events are interacting. And horizontally, how these events relate to each other in time – what happens before or after a sonic event, and how that creates a larger context for the sounds as a whole. Samples are a whole different ball game, but usually provide some context for artistic intent.
What about you, are you noticing anything in your preliminary explorations?

Personally, I listen to “experimental” music (forgive the term)

As a side note I inserted and deleted that term multiple times into my original post.

That’s actually super helpful. I think part of my problem is that I like a lot of different styles, and I haven’t quite figured out my solo/electronic voice yet. I mean, it happened to me recently with playing bass too… I mentioned to a friend that I wanted to play bass in a band again, and he asked me what kind of music, and that actually kind of stumped me. It’s easier for me to say what I don’t want to play, I think! I need to write a bunch of words on some sticky notes and put them on the wall next to my music gear or something to help steer me.

As for what I’m noticing or what’s getting me excited, I definitely feel pretty inspired by a lot of the stuff I see coming from this community with lots of lovely harmonic interactions between a couple of voices. I had a lot of fun playing around with that sort of thing in my old band as well, but having the ability to easily do polyrhythms and play with melody and rhythm separately with the grid+kria is really exciting. But I’m also still learning the capabilities of a lot of this stuff, and still having to glance at the manual or just generally “overthink” things with Kria. But I’m patient and it’s really exciting even just grunting through the initial learning curve.

This has also helped me a lot. Both guessing or thinking about the intent behind more abstract music (and more traditional music in some cases) as well as reading the artist’s thoughts about the intent has opened up new music for me. Applies also to other forms of art.

This also helps me to approach making music as well.

spectral analysers have always been a great tool for graphing out and analysing musical structures for me. I was obsessed with Eliane Radigues work and tried to get deep into structural analysis. Seeing the spectrum has been the only way to make sense of the structure of two-hour long pieces with very small changes and processes in the material.

sonic visualiser is highly recommended for that
http://www.sonicvisualiser.org/