Critter & Guitari just announced they were releasing a new instrument later this year, the Organelle: 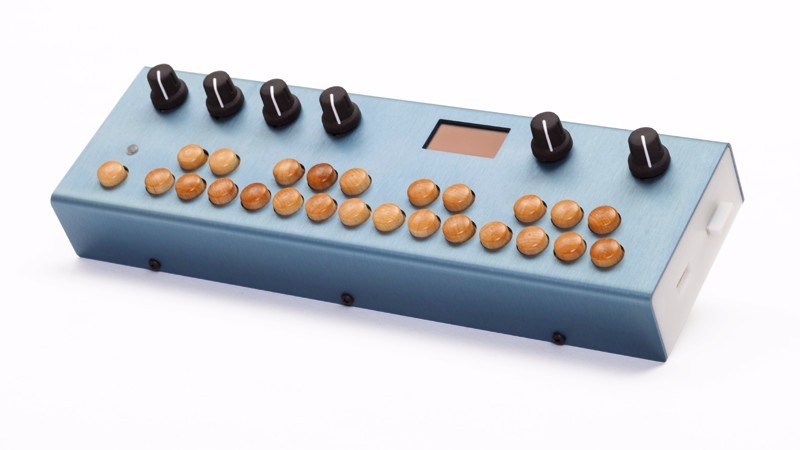 Flexible
At the heart of the Organelle’s sound engine is a robust computer that runs patches. A patch allows the instrument to take on different forms. Onboard hardware for sound input and output and mappable knobs, keys and buttons enable patches to synthesize, sample, effect and anything in between!

Expandable
The Organelle™ ships with a set of common default patches, and new patches may be loaded from a USB drive. Simply select patches from our expanding community-driven online repository, transfer them to a USB drive, reinsert it in the Organelle™ and play! 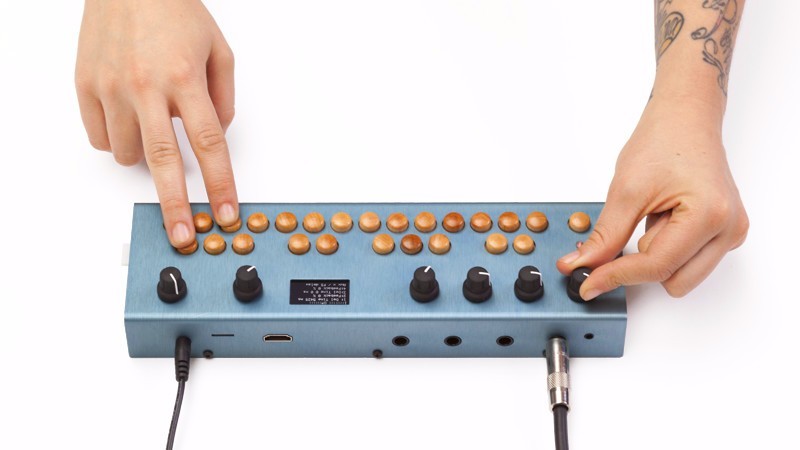 Customizable
Don’t see the exact patch you need? You can create it yourself! Patches may be created and/or edited directly on the device as well as on a personal computer. Plug in a keyboard, mouse and monitor and begin customizing. The Organelle™ runs patches created in the powerful computer music programming environment Pure Data. (You can write patches in lower level languages too!)

Looks like it runs a full Linux environment with Pure Data on a 1GHz ARM processor - it has HDMI/USB out so you can plug in a keyboard/mouse/display and edit patches directly from there. Super intriguing, I’m looking forward to demos, but it seems likely that I’ll pick one up! Although CV out would have been nice.

Any news on price?
Post must be at least 20 characters

That’d make it their priciest synth to date, I’d be surprised to see it being more expensive than the septavox, they do have a history of making affordable devices. That being said, I’m waiting for demos because this looks very interesting.

That’s pretty cool. I love that embedded stuff is getting more out there. Can’t wait for the “easy to setup Max box”…

maybe someone who it headed to the synth fair in brooklyn this weekend can get the low down and report back?

I’d be surprised if this was <$500. Very very pleasantly surprised. I’m interested to see how C&G support this instrument. As far as I can tell they don’t have a message board nor any one particular hub of activity for those who dig their stuff. Where would i upload and download new patches from?
If this breaks right i could see it being quite a useful little bit of kit for many types of creatives. So yeah i’m pretty damn intrigued.

I picked one up! So far it’s been a lot of fun. The patches it ships with are pretty basic but there is a community that is slowly taking shape and submitting new patches. I’ve submitted two edits of C&G made patches and I have a few pd patches that I would like to try and port to the organelle
It’s been years since I last touched PD so it is taking me a while to get the hang of it again.
So far I have found the audio quality to be pretty good (better than the op-1) and the interface is dead simple (reminds me a bit of the original iPod interface… all scrolling + clicking).
It’s nice that it can host other devices… so far I’ve tested it on my old Kenton killamix and it powered it up and recognized it just fine.
I am interested to see what things pop up for it in the next few months.

It just occurred to me, that the Organelle should be capable of working directly with the monome grid? All of the necessary hardware appears to be there, and the appropriate Pd extensions for OSC communication appear to be present as well.

Yes! The Organelle is running Pd 0.46 vanilla. It has a small number of extra externals that are only used in the mother patch (the patch that communicates with the hardware): for Open Sound Control communications: udpsend udpreceive packOSC ...

Has anybody tried using a monome grid with the Organelle?

Was wondering about this as well

Oh man. That would be awesome!

You can’t use OSC since the grids talk serial over USB.
But if you have access to the “comport” object and a serial interface address (ie. /dev/ttyUSB0) representing the monome, you should be good.

From the product page:

Not sure how to interpret that.

No doubt one is for midi and the other is for pd patch i/o.

But this brings up a tangent for me. I see monomes are mostly used with modulars or laptops (mostly…), and I can see the aesthetic allure of those choices, having experienced both myself. But I just recently bought a nord lead 3 rack (it has yet to arrive) which I intend to control with the 256 and dtr. So I’m curious that very few monome videos and productions seem to use straightforward polysynths for the sound generation. Are they just not kewl enough?

No doubt one is for midi and the other is for pd patch i/o.

Right, but my thinking is that serial over USB should be handy for serialosc. Will need to compile it, but the Organelle runs Linux.

So I’m curious that very few monome videos and productions seem to use straightforward polysynths for the sound generation. Are they just not kewl enough?

I can’t answer this, but I say: make sounds how you like! (and I think fixed architecture synths can be wonderful things, if you ask me)