are there supposed to be samples in the crypts-root folder (if so where do I find them)? i downloaded this pack and placed the folders under crypts but ‘default’ is empty.

yes. they are in eras, digi, hauntology.

be sure to put it in /dust/audio/crypts/!

This is a really neat idea, and I’ve been thinking about similar things for a little while now. Having a remote repository of samples that could be pulled into a norns project seems to have a lot of utility, but I’m wary of using git as the platform (it’s sub-par at best for binary files).

One area that needs investigation is adding support in the maiden backend for git-lfs. Using git-lfs would hopefully address most/all of the pain points around managing large binary data in git such as samples. EDIT: as discussed above this may not be a panacea.

One could alternatively use the zip archive support in maiden to skip the use of git altogether for packages. Less convenient to manage than git and it misses out on incremental downloads but that might not be a big deal.

I see, the ‘default’ option (in parameters) is for user samples I guess?

yes! drop your wavs into /dust/audio/arcologies/crypt and it will pick them up. i suppose “default” is a little confusing as that typically means factory presets, etc. i’ll think about how to make that more clear. 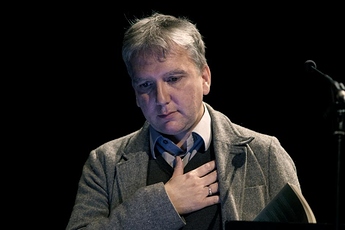 The git clone command from the documentation doesn’t seem to take. Any thoughts?

setup an ssh key or download the zip and rename it from crypts-main to crypts.

ahh yeah, i wouldn’t put an ssh key on norns either. the way i mount i can use all the keys on my main computer. cloning with https is a better solution! i will update the docs.

so @mwilliams it would be cd dust/audio && git clone https://github.com/tyleretters/crypts

Still learning here. I can load vamps up. Just curious where do those .pset and .archogy files go? 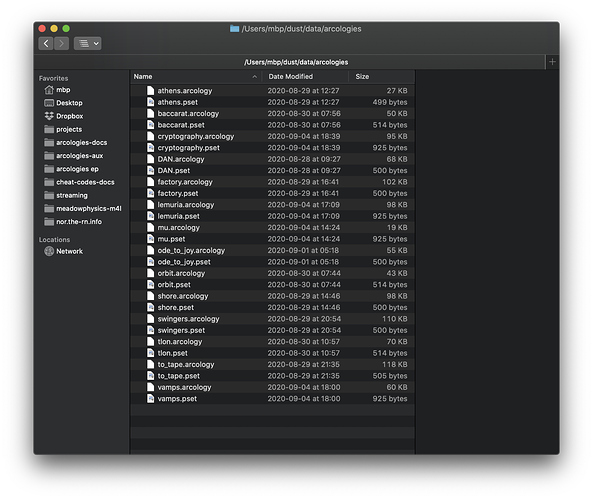 thanks! also my favorite crypts yet!!! wow

definitely gonna push into some more expressive / emotive / experimental ones next

the more I use this… the more I fall in love with it! daydreaming of a crypt topiary combo.

do it!! the vamps are in c… kinda. set your root to c and the scale to harmonic minor or maybe even major. your topiaries should sound nice.

good tip will do for sure! no I meant like a being able to adjust/sequence the crypt pitch. The more I wrap my brain around archoloigies the more see how vast this can be. its one of those instruments like modular where I catch myself mind mapping patches on my drive to work, in the grocery line, and so on. Im on vacation and plan on spending some serious time in the new environment you have made

oh oh oh yessss… i am starting to gather ideas for a new sampler structure. if you have any feature requests please share. pitch is already on there but doing a topiary thing with pitch is really interesting…