Hello! I couldn’t find any post about this and I thought to start one. It’s my latest project to search for as much information as I can on this subject and to find important work from composers who worked on Feedback Systems and Cybernetic Music. Of course the prominent composer here is Roland Kayn who is so far ignored in the history of experimental 20th century music and I think it’s time that more people get to know his works and philosophy. I’ll post here a few resources on this subject for people who might be interested.
First this work from Roland Kayn: 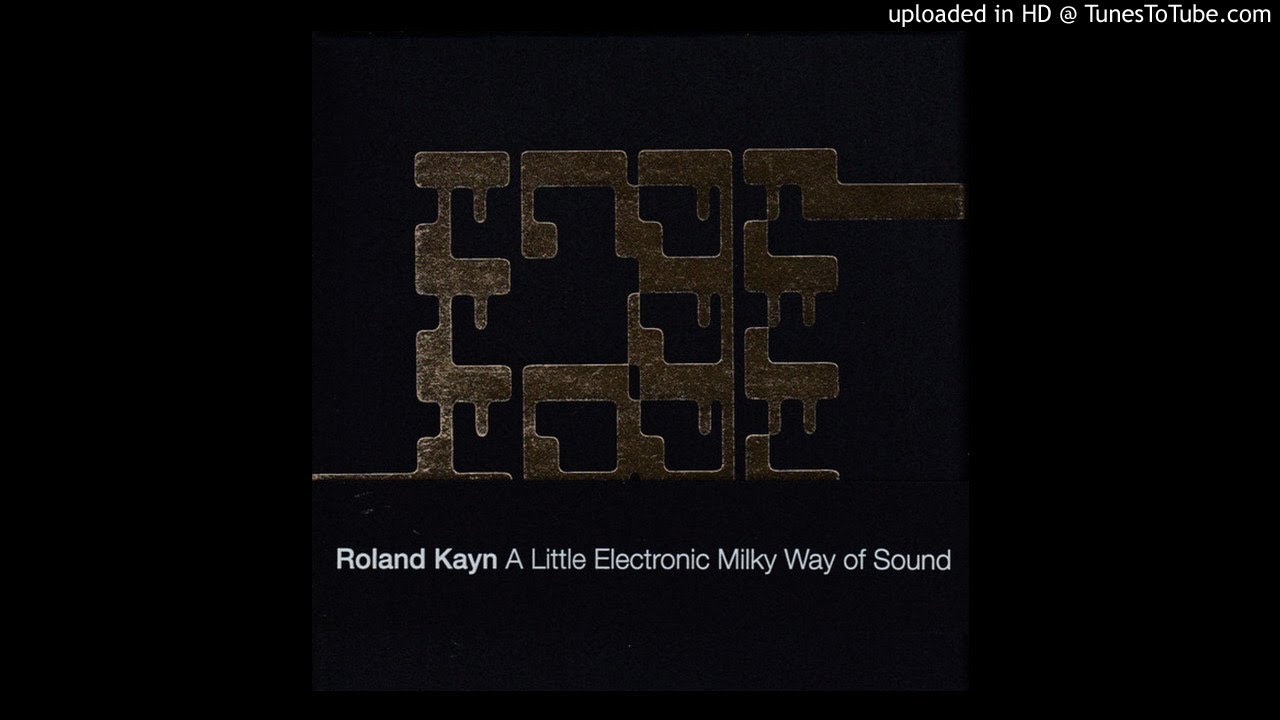 Introduction to Roland KaynRoland Kayn was born in Germany in 1933 and started composing at an early age. He was just 20 years old when he won first prize at the festival of 20th…

And an interesting essay on his work: Roland Kayn and the Development of Cybernetic Music

Further, composer Eliane Radigue, who is recently getting a lot of attention for her work, has also worked on Feedback Systems. You can listen to her works here: 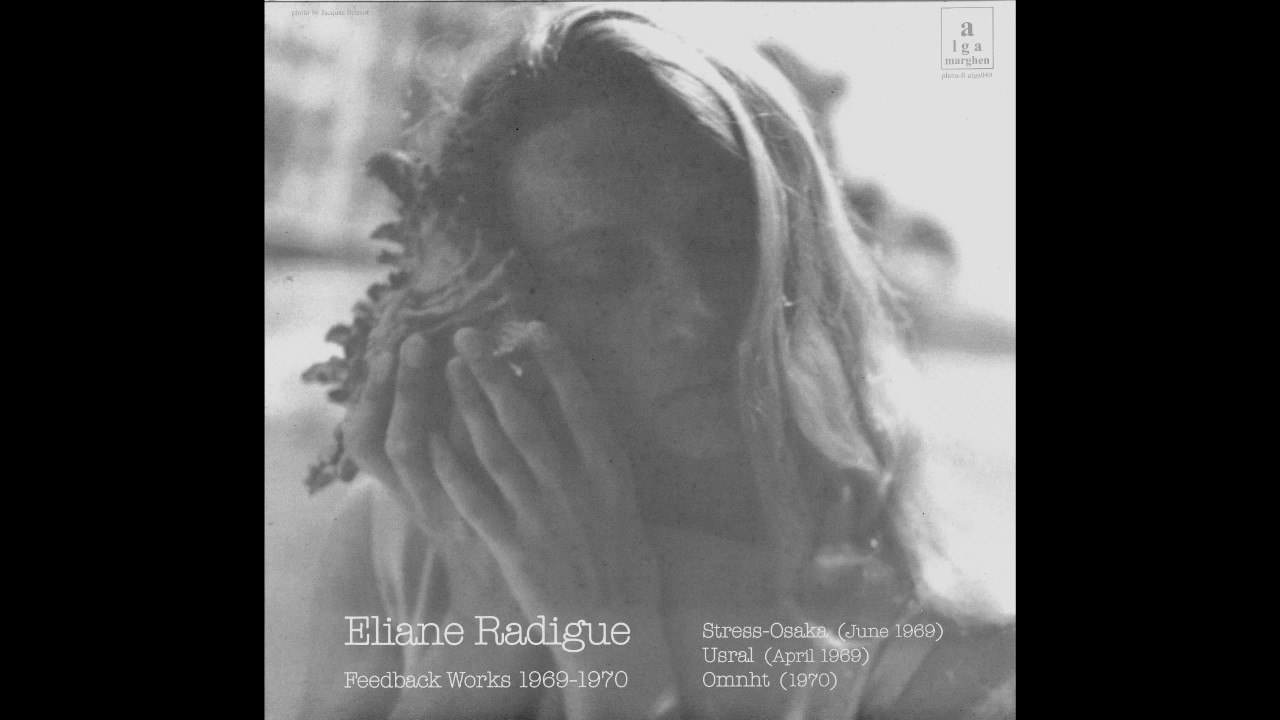 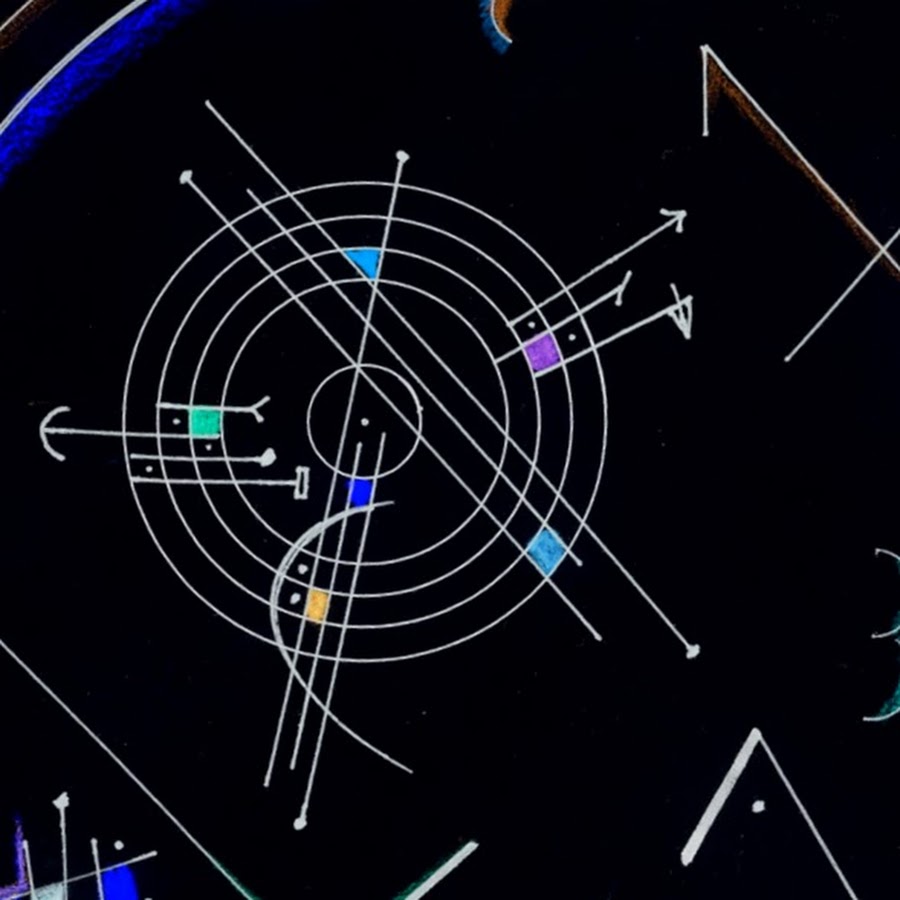 “La Synthese Humaine” goes deep into the world of Feedback with a Serge system and it’s a good introduction for what “Cybernetic systems” are: 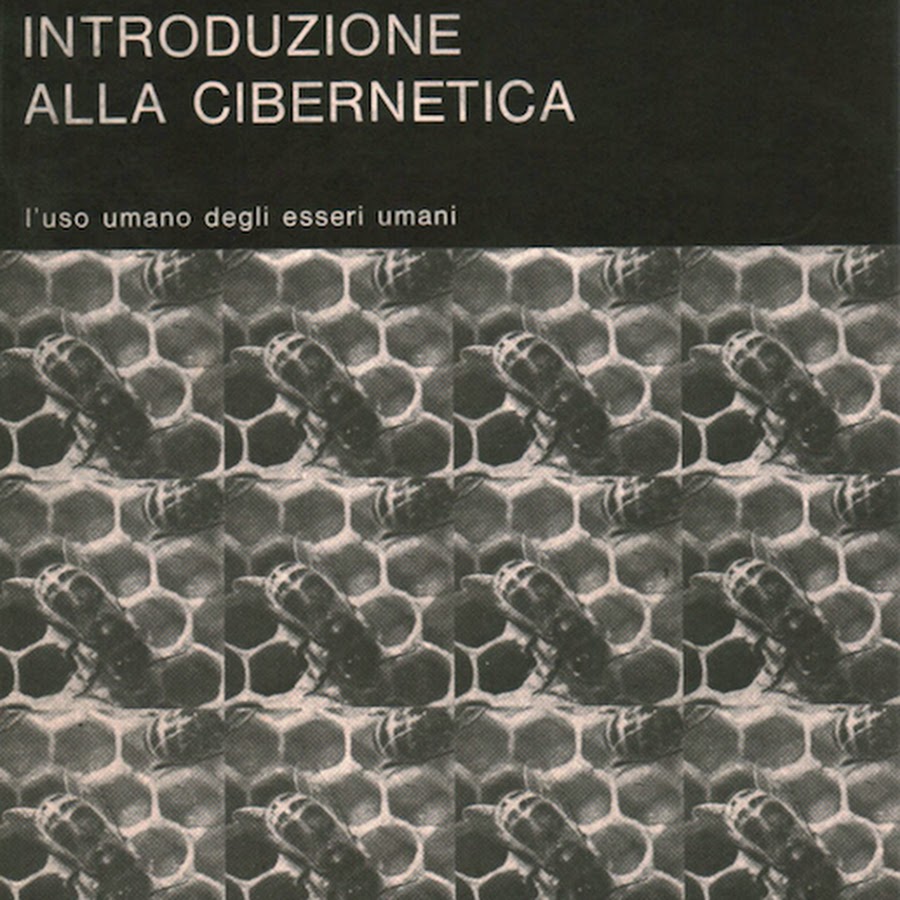 And finally you can find my own project experimenting with different Feedback Systems here:

I hope it’s useful for people interested in entering this wonderful world of creativity! Cheers.

From one hand, used by artist willing to differentiate from the more scientific/institutional/avandguard framework (here comes the popularization of Brian Eno’s usage of Koan Pro etc).

On the other hand, “generative” is used as part of algorithmic processes related with artificial life (cellular automata, genetic algorithms, L-systems, autonomous agents and self oranization). It describes various systems that involve some kind of feedback in order to produce the evolution of the form/material of the work of art.

after their broad and vague usage, the terms seems to converge.

Generative or algorithmic music does not include feedback patching necessarily. It’s more like programming of a computer to do things that the composer thinks that they sound good or follow creative programming ideas to produce each and every detail. The main difference is that Cybernetic systems have a degree of chaos that gives them endless possibilities and unexpected results and actions that can never be repeated again. At least that’s how I understand them at this point. Please read the links, you’ll find out more about it.

Nice patches on your Youtube channel. Thanks for sharing.

Fantastic thread idea. I’m a big fan of Roland Kayn especially but documentation seems to be very scarce about him. Does anyone have any book recommendations related to him or the scene he was involved with (or his collaborators, I’m thinking especially of Jaap Vink)?

A friendly nod to the YouTube channel of La Synthèse Humaine, who experiments with these ideas in relation to Serge systems:

(edit: just saw the mention up in OP, nice!) 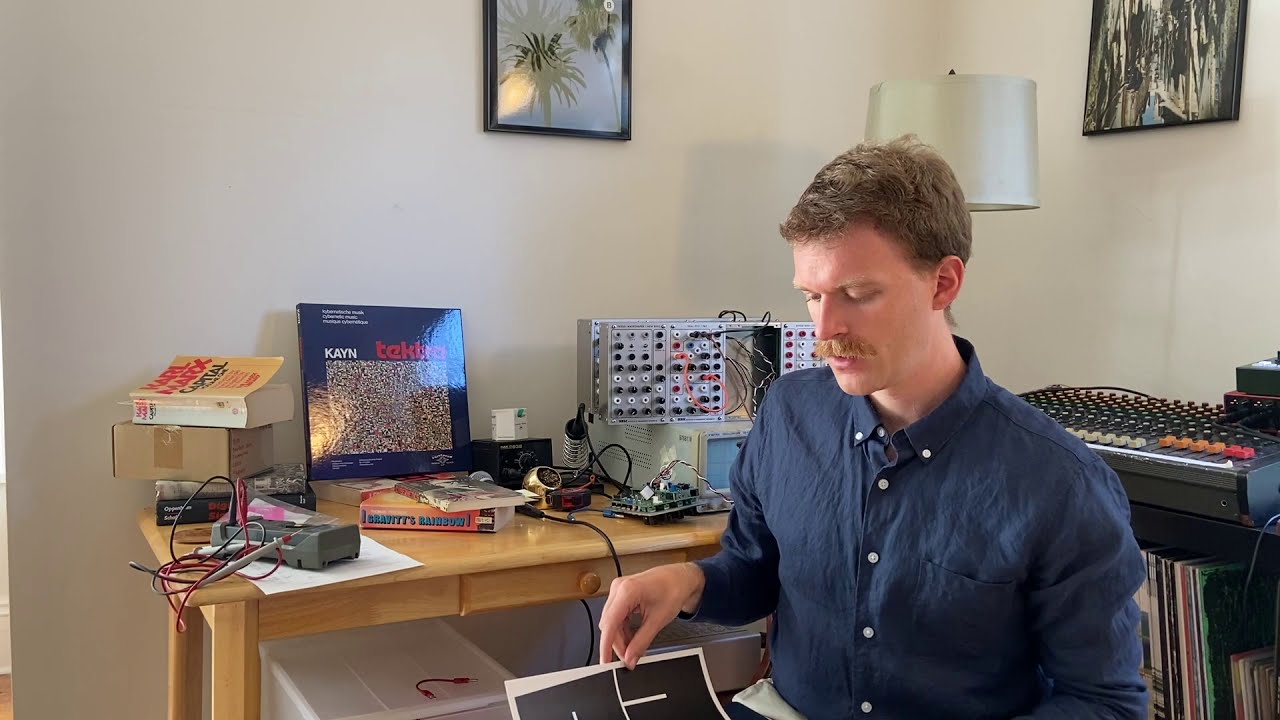 Check the first link on the OP from the estate of Roland Kayn. It has all available bibliography. Not a lot of material, but there are a few interesting things. The most interesting is the 2nd link on the OP. I found out about Kayn from Jaap Vink who worked on the Institute of Sonology in Utrecht (where I live). The institute is now in Den Haag. La Synthese Humaine was the reason I started experimenting with the Serge system and not with my regular eurorack system. I’ve watches a lot of video’s on youtube about the cybernetic theory as well. It’s not about music but there’s a strong bond between modular systems and electric circuits with feedback systems…

Excellent, thank you. Yes, the bibliography is frustratingly thin on the Kayn front. In terms of cybernetics as a theory and history, there is a much deeper literature. I highly recommend N. Katherine Hayles’ How We Became Posthuman: Virtual Bodies in Cybernetics, Literature, and Informatics (1999) as a great starting point:

How We Became Posthuman

In this age of DNA computers and artificial intelligence, information is becoming disembodied even as the "bodies" that once carried it vanish into virtuality. While some marvel at these changes, envisioning consciousness downloaded into a computer...

Thank you @ThanosF for the videos you’re producing. I’ve been enjoying them.

I’ve been really excited about this topic as well! I got into Kayn and Vink through Jim O’Rourke, and have been digging all of the recent works on Kayn’s bandcamp page, where his daughter is releasing a ton of stuff that O’Rourke has been mastering. 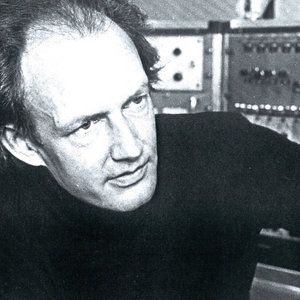 "The mystery, the grace, the boundless invention – Kayn’s machine music is a vast catalogue of very human wonder." -The Guardian

I have been experimenting some, but my setup is pretty small, and it’s mostly the Mannequins stuff. I have managed to set up some small neural networks to ping filters—its so crazy when your system starts making its own decisions—super inspiring.

Thnx for the book suggestion! There’s indeed much more literature in cybernetic theory. I watched many youtube video’s (I thought that would be easier) and I have to say that it wasn’t very useful for composing music. It’s great to have a theoretical background that can inspire a different compositional approach but I would much rather have some musical examples. A Kayn patch for example would be amazing to have.

Wow this link about Jaap Vink is an amazing source of information! And now I realized who’s behind it: Hans Kulk. I worked with Hans in his incredible Willem Twee studio with test equipment. I had no idea about his connection with Jaap Vink though at that time, nor I had any idea about Cybernetics of course. Anyway, thnx for this one! And indeed the bandcamp page for Roland Kayn is really rich, listening right now and probably will buy lots of his works. It’s amazing to have all these available at such a high quality!

I’m pretty fascinated by this stuff, been watching La Synthèse Humaine since he started posting on MW and Serge FB group. The theory of Cybernetics is something I never really learned much about but the main takeaway that I have gleaned is that it varies from generative music in that the former uses chaos and the latter uses random. Random has an absence of pattern, and it’s up the user to pick out the patterns they like, whereas chaotic systems will develop patterns on their own through feedback with all of the parts.
What I’d be interested in is discussing how to set up chaotic feedback systems using specific pieces of gear. Even after watching La Synthèse Humaine I still don’t really understand what is happening with the interaction of the modules used, and I have a few of the same Serge panels as him as well, lol.

Woah that’s a small world!!! I love Vink’s Compositions so much.

As for the Kayn bandcamp, I particularly recommend ‘A Pan Air Music’ and ‘Sound-Hydra’——but it’s all so good.

Shout out to Frozen Reeds and Jim O’Rourke, who seem to have kicked off a massive increase in interest / awareness of Kayn these last few years through sheer force of will.

David Tudor’s systems of home-made electronics would seem to fit the bill of this thread: lots of complex feedback routings and chaos.

The first time I encountered cybernetics in music was through Brian Eno. Reading Stafford Beer’s ‘Brain of the Firm’ informed his post Roxy Music work and got him thinking about feedback loops with tape.

I think there is a lot of enthusiasm for cybernetics now in the modular synthesis context, but Eno has never really approached it that way from what I can tell.

Regarding Jaap Vink, there are some nice diagrams in the booklet of the Recollection GRM release of his work that hint at some of the signal paths he used, although I’m not entirely sure what they mean.

Have you seen my video’s? See my OP. I’m following his patch ideas and go further away to find musical results. You first make a drone (for example VCFQ output>input). Then trying to insert chaos (using the TWS or the VCM) into the other inputs of the filter and take it from there. RES.EQ can also be useful by inserting certain frequencies that feedback into the system.

Yes, good timing! I was listening yesterday to this work from David Tudor. I need to find more info about this too. 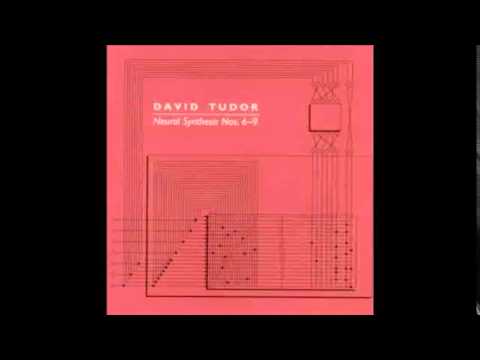 Wait, just because something has a feedback system that doesn’t make it a cybernetic patch. The main premise of cybernetics is to allow for a system to autocorrect itself. It’s explicit in the name of the field. The control is mainly achieved by way of feeding back information from the environment to the system, in a similar way to how humans work, which was the main idea behind Wiener’s theory.

So in order to have autocorrection the system must first have a goal.

Plugging your reverb to feed back on itself isn’t cybernetic at all. A reverse envelope shape stemming from an envelope follower, reducing your feedback before it goes above a certain threshold, that is a cybernetic patch.

Also, while we’re at it, chaotic doesn’t mean random, or non repeating, and algorithmic and generative are not the same thing. We’re mixing terminology here.

For example a generative patch can be algorithmic, and it can be chaotic, but not necessarily. Check the Logistic equation (documented on the Doepfer site and elsewhere) for a good basic understanding of a simple Chaotic system which can easily be patched on a small case.

About Jaap Vink, I’m trying to find his GRM album somewhere, it’s sold out at the source. Is there anywhere we can find a photo of the booklet?
About Stafford Beer, I watched this video and it’s very interesting, but not really useful for music composition. Thnx for the link though, I’ll read it. 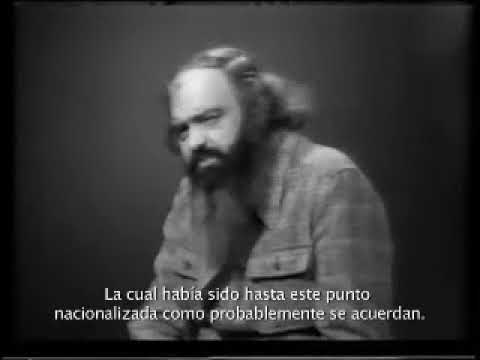 About Jaap Vink, I’m trying to find his GRM album somewhere, it’s sold out at the source. Is there anywhere we can find a photo of the booklet?