Cyrene: a drum sequencer based on Mutable Instruments Grids

I’ve probably screwed this up as I’m a complete novice. But after installing I’m getting a load fail and can’t figure out what I’ve done wrong…

Perhaps I should be posting for help somewhere else? Sorry this is all so new to me.
Here’s what I’m getting in matron -

It looks like your norns isn’t up to date! Cyrene uses the latest version of norns so we can use the global clock system. Go to your main norns menu, scroll to System, scroll to Update, then update to 200424.

That’d be it! Sorry- still trying to figure norns out- a little overwhelming!
Appreciate the help

thank you so much for making this. Love the grids clone for vcv. I find it kind of difficult/time consuming to make polyrhythms on my elektron devices with per track scales so this is exactly what i was looking for

im sorry, i misunderstood what this was. i thought it was a midi sequencer. just now noticed that is in the “roadmap” section. how’s that looking? anytime soon?

Haven’t started that yet, but it shouldn’t take too long! I’ll see if I can take a stab at it today and if it’s as easy as it looks it should be ready before the end of the week. If you wouldn’t mind me DM’ing you a test release for you to try out, that’d be very helpful as well

If you’re looking at expanding grids, here’s a few things I did in my past time (in various incarnations) and found worthwhile

If you’re interested in the details, I’m happy to dig them out 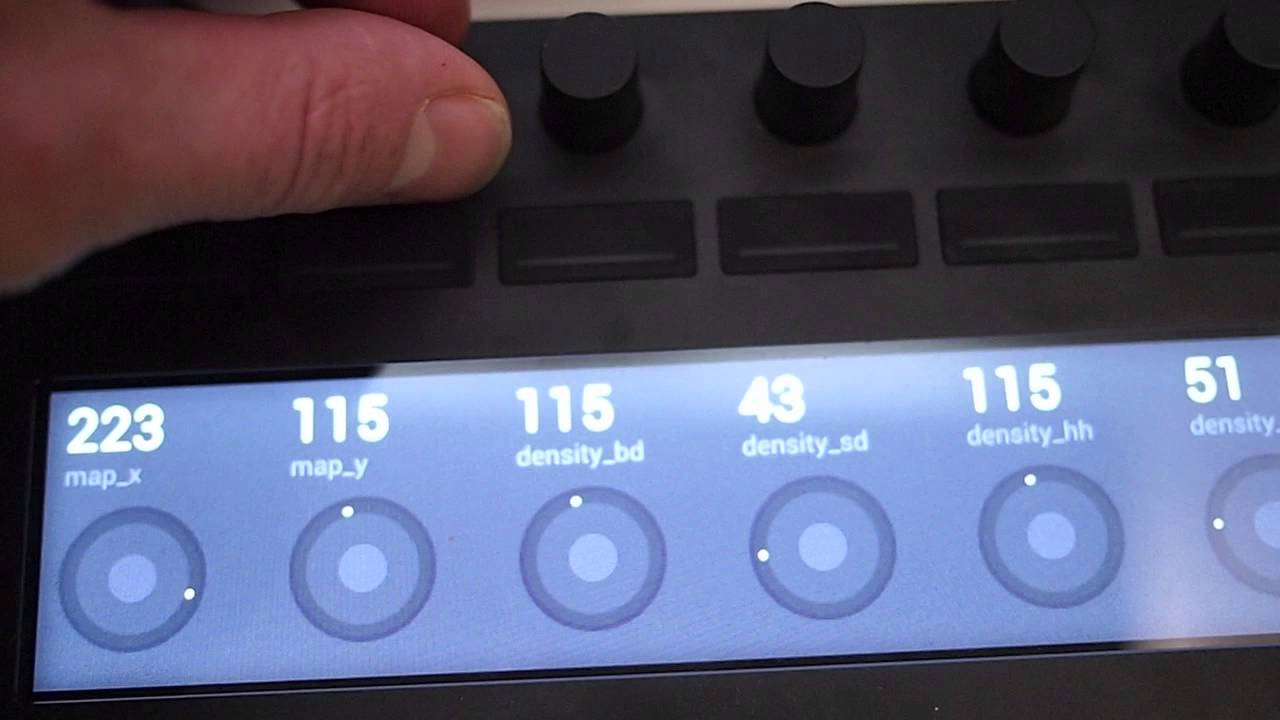 Is there a demo of Cyrene yet? Video/Audio?

No demo videos yet, no. I could record a quick audio demo tho!

and some more characters to get to the char count

Would love feedback on the MIDI out feature if you don’t mind – it worked in the setups I tried, but I know different people can have pretty different setups.

just a report from the trench…

had a crash.
external MIDI clock.
had 7 (aiff) samples loaded.
i went in to change a sample while it was playing and it locked up.

didn’t have maiden open so not sure what happened.
however…i was able to open maiden and send a ;restart and get it up and running again.

also…i can’t seem to get it to lock in with MIDI clock.
it just seems to be out of sync a bit.
i tried loading a very short percussive sound into the KIK track and turned up it’s probability to 100.

i noticed it is also not resetting to beat one when i stop and start my MIDI clock.
(all of my sync is coming from an e-rm Multiclock box.)

one more…
Arc 1 doesn’t move or make any tempo changes when set ti Internal Clock.
i see the little square in the corner light up but the tempo does not change whether it’s stopped or playing.

Arc 2 works as it should.

Seems to work great with midi so far. I have it running 6 of the midi tracks into the 6 Elektron Model:Cycles tracks/fm engines i haven’t tried using the grid with it yet and i haven’t quite figured out euclidean mode. but those are going to be the main reasons i wanted to use this with midi so i’ll try getting to those shortly. this is just my first two minutes with the script. thanks @21echoes for the midi implementation! @21echoes do you mind if I take a stab at the Crow implementation you specced out? I’m interested in adapting Pamela’s New Workout to Crow and adding the support you outlined for Cyrene seems like a good place to get my feet wet!

That’d be awesome! Lmk if you have any q’s about the code. The crow out stuff should be pretty easily adaptable from the midi out stuff, but the crow in stuff may be all new ground. Someone may have a generic crow in -> param control snippet somewhere

? My crow is arriving next week some time I think so I’d be happy to test it once you’ve got it ready!

Started poking around this morning. Outputting to crow was super straightforward. I’ll add support for switching which track goes to the outputs along with a simple Crow on or off toggle tomorrow! I’m already having a lot of fun using this with my modular.

Added selectable tracks per output, selectable params for the inputs, and a toggle on/off for the set of inputs or outputs.

I’m having trouble figuring out nesting params in the Crow menu I added (handled here).

There is definitely some discussion needed around how param manipulation should take place from the Crow inputs. My current implementation is pretty basic and when changing the pattern manipulates the X & Y axis with the same value change. I’m not sure if there is a common paradigm used in other scripts.

This is my first time doing anything meaningful with Lua so apologies for any weird code. @21echoes - I’ll dig around more when I get a chance later today to see if I can fix that menu issue and then create a PR.

Edit: Er, just had to set the correct menu depth for the new param group. I’ll leave the original text in case anyone runs into a similar issue with nested menu items.