So I’m looking to upgrade my storage, and I’m wondering how other people are approaching this? Specifically, I want redundant, external storage for my sample libraries and archived work, and I’m wondering what combination of derives, NAS and cloud storage to use.

have had a great experience with a synology NAS. in addition to the internal RAID, i have a 6TB usb HD hooked up to it for a local, time-machine style backup, and at night it also uploads to amazon glacier. setup was very straightforward, using all their built in “apps”.

I have a Synology NAS at home, too, but mostly I just sync the working files to Dropbox.

I’ve also had good experiences with Synology. I also subscribe to the Dropbox 1tb plan and keep an extra copy of anything important there.

I can echo all of the advice so far. Dropbox 1tb for current working stuff that I need with me, Synology NAS (4 disks) at home for long term storage and backup. I add to the Backblaze for offsite backup of my laptop… and I should probably have some sort of offsite backup of my NAS too, just in case…

Thanks for the comments!

I just bought a synology, but I’m not entirely sure how I should set it up. My initial thought was to use it as a time machine backup, and keep my samples and work on an external harddrive that will also be backed up to the synology. But I’m wondering if I should put all those on the synology and then plug an external drive into it to backup that.

I suppose part of the question is, how quick is it to access samples stored on the nas…

Yeah. I keep all my working files local for speed and ease of access while away form home. NAS is for backup, long term storage, and media libraries.

Weird, I do the same thing: Dropbox 1TB for current stuff, and Synology for the vast backlog.

yeah NAS is good for mass storage and backup. i keep a huge library of sound FX on it for my film stuff, and pull files as needed. but when i’m editing it all goes on a usb 3 ssd.

My approach used to be a Dropbox kind of setup but I ended up getting bogged down with syncing so took the lesser (to me) evil of using an external hdd just for music, which travels with me between locations. I mainly keep project storage and libraries on there but individual machines have their own vst setups and libraries so if I forget the drive I can still get something down. I use backblaze on my desktop which makes an incremental backup whenever the drive is plugged in. Apart from eating up a USB port it’s working well so far.

digital data has to exist in at least two places at once, or it doesn’t really exist 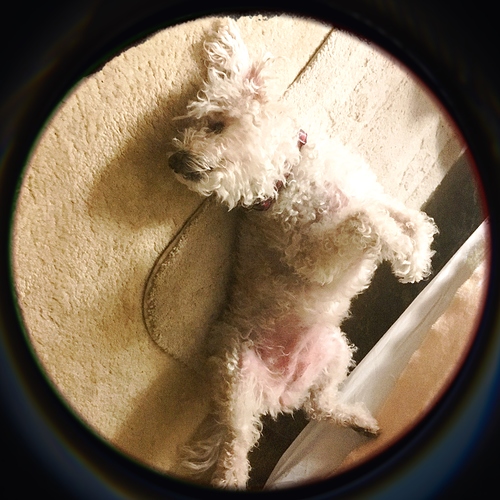 I have a Time Machine backup of my laptop drive, and a couple of other drives with photography work, music sketches, and part of my music collection. I’d like some way of backing up all of this, but not sure what would be best. Someone suggested a NAS drive to me before, but that seems like overkill in some ways (also £££). What do you use?

daily or so: a simple 1To usb hd that stays in a bookshelf at home. I carry my laptop so this is really to preveny any unfortunate loss of the unit or failure of the ssd.

monthly: i sync that usb disc to another one. then one of the discs moves with me to the office and gets synced to a NAS. This NAS also has a periodical automatic “offsite” backup (another NAS in a technical room across the street).

I also have lots of “old” and badly duplicated data on various hdds, dvds, flash drives, so it’s still a mess

The dropbox 1TB plan is my main live backup; with occasional superduper clones of my hard drive which I could plug in and run in the event of a lost laptop or catastrophic ssd failure.

I use a cloud service (Backblaze) for backups. Currently I have about 6TB backed up. The initial backup obviously takes a while depending on the size of your hard drives (it was about half a year for me

), but after that, it just constantly backs up new things and changes in the background and everything’s always stored remotely. In case of data loss, you can either download it or pay them to ship you a hard drive with all your data on it.

This solution also has the advantage of having access to all your files where ever you go, as you can access them through a web interface. Sharing links to specific files is also possible. I’m very happy with the solution. There’s a monthly payment connected with it, but I wouldn’t be paying much less if i was just buying external hard drives from time to time and that wouldn’t have the additional benefits.

I have 2 identical Toshiba Hds (2 TB) in separate HD caddies. I use a software called Carbon Copy Cloner. You can configure the software to copy in various ways but I use it in a simple way. 1 HD is my working drive the other is a clone. As soon as I plug in the clone the software recognises it, scans for new/updated files and copies them to the clone. When these drives are full I will put 2 new drives in the caddies.

NAS drives aren’t really a valid backup plan - they’re more like a networked version of the other external drives you currently have. However, because they’re always-on-tiny-servers, they enable a few other useful things, notably, backing themselves up to cloud storage.

So, having just overhauled my own backup strategy, I can share:

Coupled with: a lot of my life is online (GMail) or code (Github) and can be recovered somehow via those means.

That covers multiple locations and strategies for all my key stuff, and I think that’s a good start. (Of course, Gary Bernhardt would point out at this point that if you haven’t tried to restore from one of your backups, it can’t really be counted as backup, but I’m a trusting sort).

TimeMachine backups for my laptops, iMac and USB/Firewire drives. TM has saved my ass several times over the past several years but I would still like some kind of online backup solution.