So my midi sprout kit arrived this week (yippee). I’ll be looking to get it built shortly. As it has midi din output, can anyone rcommend a convertor (midi to usb)? Not used a din cable in 20 years haha!

I’m using the Roland UM-ONE which is pretty sweet.

Cool, looks like a great option. Do you happen to know if it will work with OP-1 (ie send midi info from Midisprout to a Synth on OP1)?

Any Midi Sprout users here? Just got mine today. I don’t really like the sameness of sound using the app, more into what it can do with the modular via computer. Really into the generative sounds I’m getting so far. How are you guys using yours with modular?

Within ios i like using animoog as you can assign the cc of midi sprout to the filter or any parameter.
Within the modular i use a shuttle control to control a voice but its best when sent into something like marbles or o&c to get more out of the midi info coming in.

I have a Midisprout but I don’t have a modular system so I tend to leave it burbling in the background when I fancy something, um, burbly-backgroundy

I’ve read somewhere but of course can’t find it right now (maybe on the midsprout site?) that the scale in the app is C - It would be great if there were other scales available but there we are, maybe if enough people asked they could extend the app a little?

As for hooking it up to a modular rig, you should check out Lightbath - thie Insta post gives some interesting insight into how he’s integrated it

362 Likes, 16 Comments - Lightbath (@__lightbath) on Instagram: “Here’s a preview of some of the @midisprout zones I’ll be bringing to @commendnyc tomorrow…”

And, if that’s the same session he’s talking about, then it’s also available via RVNG’s Bandcamp as a split with Emily A. Sprague - check it out here:

Apart from that…! Have you checked out the Instruo Scion? “a biofeedback sensor built into a quad random voltage generator based on the MidiSprout”

The Scíon is a biofeedback sensor built into a quad random voltage generator based on the MidiSprout by Datagarden (https://www.midisprout.com/)

Okay, enough threadjacking from me - Good luck figuring out the Midisprout - let us know how you get on!

I got a midisprout from a previous batch… I don’t like the app sounds, I really love it when driving a complex synth like Absynth or Aalto.

Yeah, the app is a joke. Much better when I filter the MIDI data into some sort of usable scale, and send it out to modular or hardware synths. I use a Hex Inverter MIDI Brain to convert MIDI to CV. Messing around with sending the CV to modulate things instead of doing the usual pitch stuff. Very exciting. 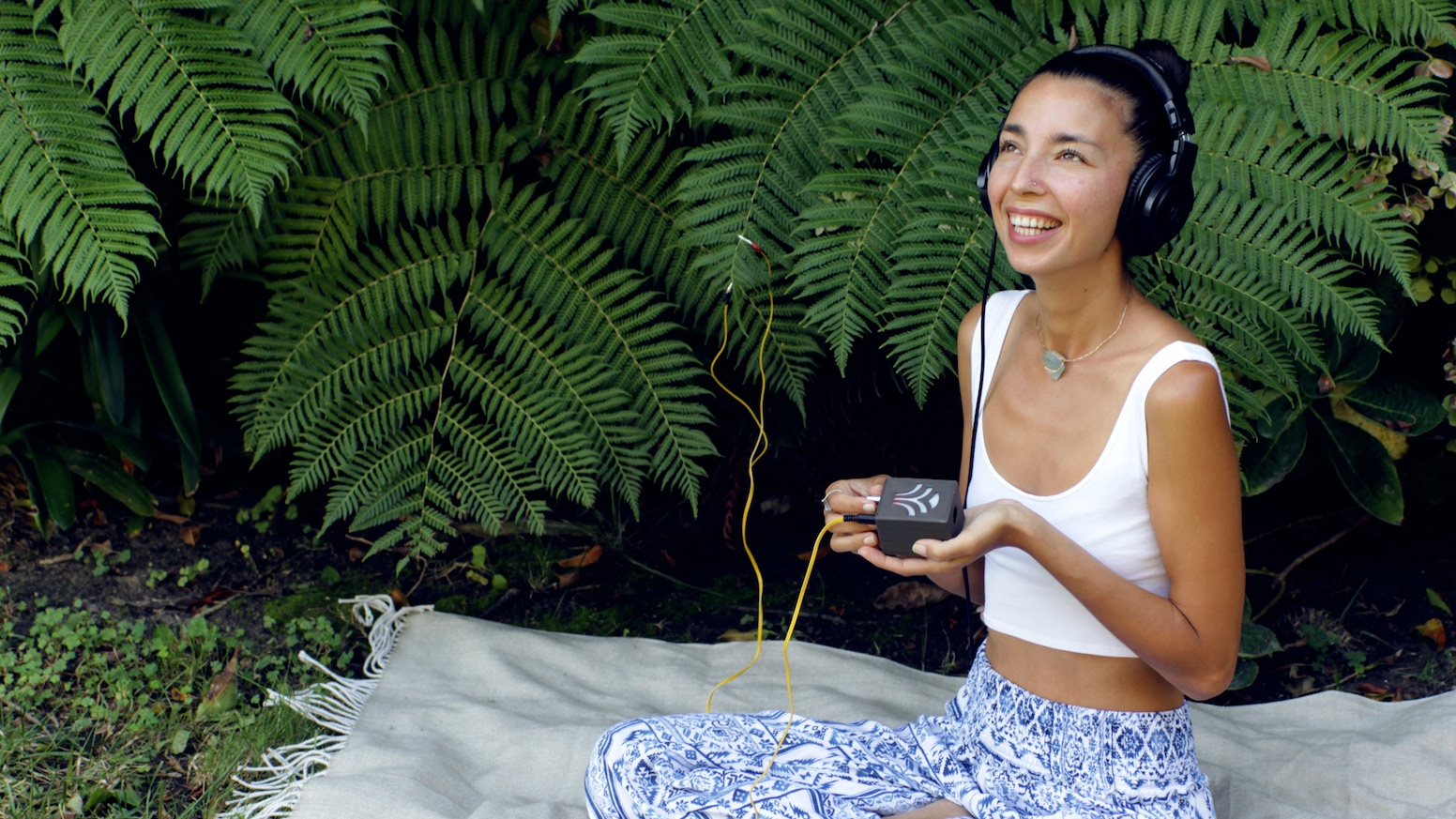 Listen to the music of your plants!

No cable version of MidiSprout?

For people who want to integrate a MidiSprout bio sensor into their physical modular setup, it might potentially be better suited to consider acquiring a Instruo Modular Scion module instead.

I do own an original MidiSprout as well as a Scion and am very frequently very happy with both but I must say that I have been growing so tired of Datagarden’s (the company behind MidiSprout and now PlantWave) awfully pushy sales pitches and marketing strategies that I personally am done with them from a consumer point of view…for that reason alone I would always recommend utilising Instruo Modular’s Scion before buying into just another lukewarm re-invention of a product with a possible subscription model for “pro”-features attached to it. That’s not what I would want to call sustainable in this context…but other folks may as well come to different conclusions here.

I too have a MidiSprout and completely agree regarding the pro app nonsense. It’s a shame they haven’t gone open source because the MidiSprout is a lovely device

As a sidenote, when I first read the title of this topic while quickly browsing through the topic list I imagined PlantWave to be a new music genre.

Exactly! I honestly thought: Oh, is Plantwave a thing already?

I’ve seen “houseplant” to describe the “rings into clouds” modular ambient aesthetic. I think Plantwave is a better name though.

it seems that Electricity for progress ( midi sprout co-designer) have further developed the idea.

I produced a podcast story about the Plantwave – crossposting here from the other thread.

If you’re curious about which sounds I used in the episode, the very first Plantwave clip I play and the one over the credits are both edited app sounds, and the ones in the middle are all Arturia CS-80, which I found pairs really well with it (w/ some Valhalla delay and verb too).

Datagarden hooked me up with the premium version of the app, and it is way more fun than the standard one because you can edit and map the sounds in much more creative ways.

here’s my first attempt at hooking it up to my modular, with an FH-2 extracting the MIDI into CV: 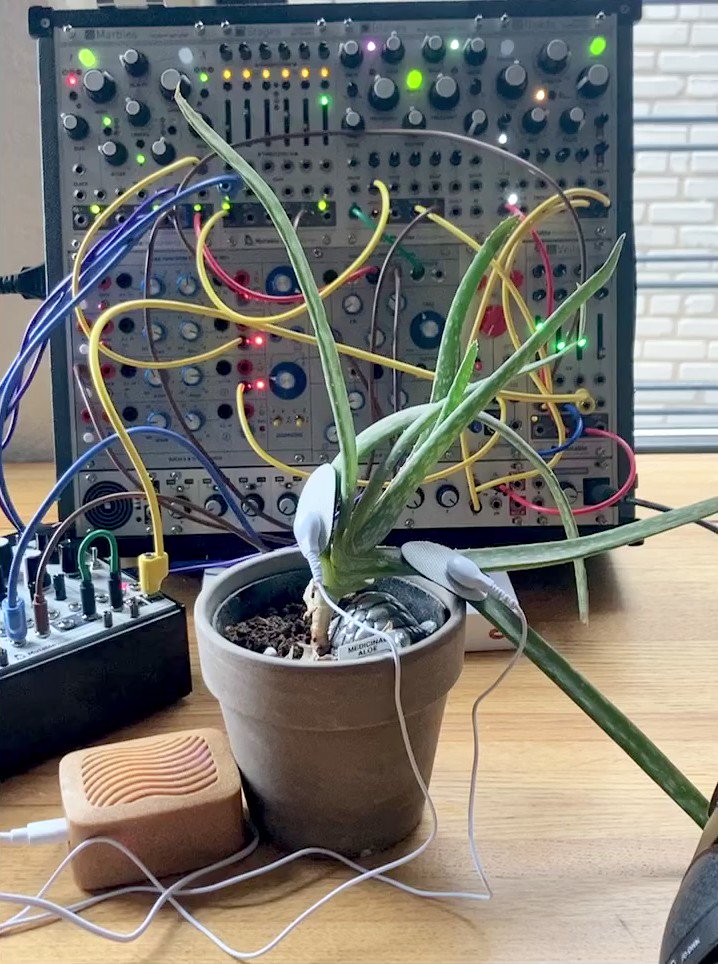 I also recorded a monstera as MIDI into Live, and had good results editing it and quantizing it - being able to play with tempo & automate the quantizer to produce chords really really help translate it into something musical.